Perfect World Entertainment and Cryptic Studios have announced that the Avernus update is now available for Neverwinter on Xbox One and Playstation 4.  This latest major update continues and concludes the events of the previous Infernal Descent update and sends players deeper into the infernal depths of the wastelands of Avernus. 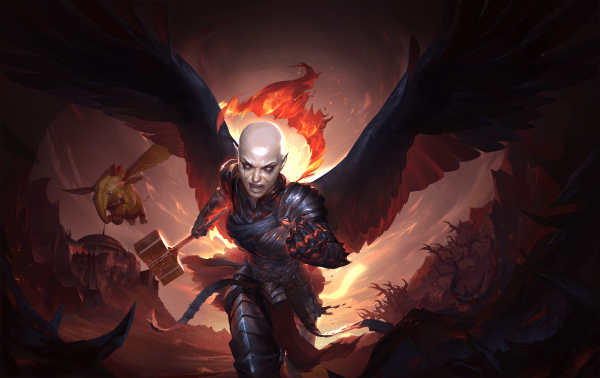 The Avernus update sends players on a journey across the wastelands of Avernus, also known as the first layer of the Nine Hells.  Deep within the ruins of the Vallenhas stronghold players will meet a curious hollyphant and Archdevil Zariel’s old companion, Lulu, who will offer to help players open the infernal puzzle box they are carrying providing they assist her in regaining her memories.

The journey will lead players through the sprawling Adventure Zone of Avernus where they’ll fight hordes of demons and eventually take on the realm’s powerful ruler, Archdevil Zariel. On this adventure, players will also be able to take part in the new Path of the fallen campaign where they have the chance to earn new rewards, drive infernal war machines and see how they affect this realm.

The Vallenhas Stronghold has descended into chaos in Neverwinter: Infernal Descent. Make your way through Avernus to save the poor souls

Neverwinter’s Avernus update is available now on Xbox One and Playstation 4.