Dotemu has announced that their demon slaying action RPG Ys Origin will arrive on the Nintendo Switch later this year through retailers and on the Nintendo eShop.  This prequel to the hit action RPG series will introduce Switch players to the demon infested world of YS and its exciting blend of arcade-paced combat, platforming and puzzles. 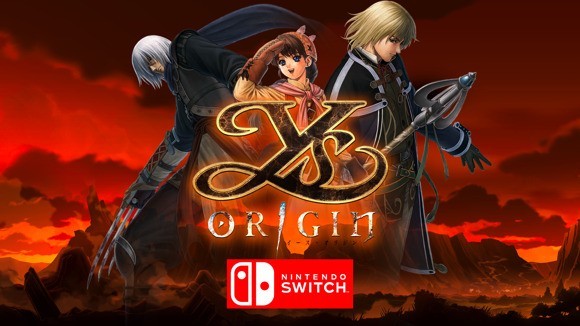 The world of Ys has suffered a devastating demonic invasion but the twin Goddesses used their powerful magic to take the inhabitants of legendary Ys safely into the sky.  The demons immediately began work on the Devil’s Tower to continue their destruction of all humans when suddenly the Goddesses vanished without trace.  Where have they disappeared to?

Players will join aspiring knight Yunica Tovah and mage Hugo Fact on their adventure to locate the missing Goddesses. Both knight and mage will need to fight through the hordes of demonic foes lurking within the Devil’s Tower if they are to banish evil from the land.  There’s plenty of powerful loot to earn and secrets to discover as players advance upwards through the tower.

Look out for Ys Origin arriving later this year on Nintendo Switch.