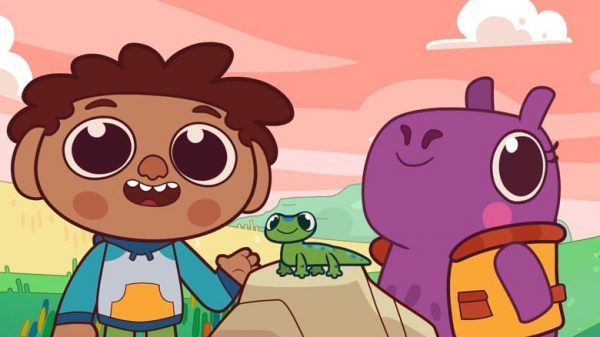 PushStart is a Brazilian developer that works in the educational, gaming, and animation industries. Their latest release was the mobile title WOW Animals, which is available on the Google Play store.

Flickering Myth had the chance to interview them (represented by co-founder and director Vinicius Oppido), and I had the honor to conduct it:

PushStart developers, thank you for taking the time to speak with me. Here are my questions for you all.

Thanks for the great questions. I really appreciate.

I noticed that your company has a Vimeo account, which I found interesting because not a lot of developers focus on growing video sharing platforms, instead opting to have established content creators and gatekeepers do the marketing for them via early access demos and betas. What advantage do you see to production companies marketing and expanding their own video channels as opposed to the aforestated tactic of relying on videographers and YouTubers?

We have a multiplatform approach to our projects. We expect our audience to use different media to consume content and each of them can be the entrance to the other products. Creating and publishing content has been our tactic to engage and grow our audience. Besides that, we’re an animation studio as well, so we really enjoy testing some formats and checking the feedback.

PushStart focuses on mobile gaming, which is a field that I feel will be affected by the upcoming creation of cloud gaming services like xCloud. Will this be a competitive field for mobile devs and publishers? How can one compete with iOS and Android-based applications against AAA titles running on the same platform?

The simplest mobile experience is quite far from a console and controller. The competition tends to become fiercer but there will always be casual players and preschoolers, for instance. You carry your phone on your pocket anywhere you go, but will you carry your controller? For our studio, it’s been a learning path and we don’t rule out the possibility of developing games for new platforms. We have to keep evolving to stay relevant. 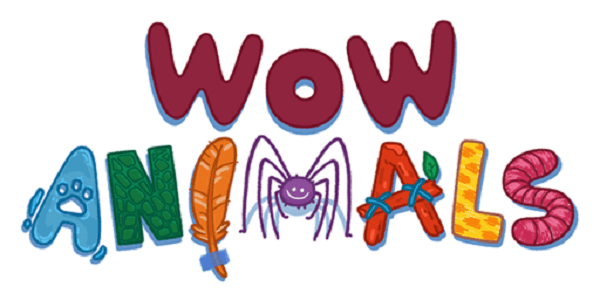 Let’s talk about Wow Animals. This is an education-based game that aims to teach younger audiences about fauna, biomes, and other environmental aspects. I’m curious, PushStart has an entire subsidiary focused on designing interactive content for prospective recruiters. In addition to this, the University of California announced earlier this year that it would be phasing out standardized testing. It seems that more and more educational institutions are realizing that interactive content is a better method for teaching students, no matter their age.

While educational games have always existed, the widespread use of smart phones enables more pupils to access them. Do you see apps similar to Wow Animals ever becoming a part of an official curricular system in say an elementary or secondary school? Could this boost the importance of companies like PushStart that already have a foothold in this field?

No doubt about it. We’ve been working for years on an amazing project called ST Math, from the MIND Research Institute (CA), that is already used for more than 1M students in the US to visually interact with Math principles. Our gamified solutions for HR are having a steep increase since the pandemic started as the recruiters are having issues reaching the candidates.

When we founded PushStart, we believed that our content could produce a positive impact, blurring the distinction between fun and information. WOW Animals is our two cents to promote engagement to nature and the animation series is being broadcasted by the public TV in Brazil, dedicated to educational and inspiring content. At this moment, we are working on the pre-production of new content (animation and game) to help kids to learn about money and resources in general. This project already includes a module to connect with the school curriculum.

Wow Animals delivers its content through a hide-and-seek interface. This is pretty genius in my opinion given the inherent appeal of such a task. Did you find that the smaller screen of smart phones hindered or enhanced the level design process? On the one hand, you can’t show as much at once, but on the other this could work out for the better.

That was quite a challenge. We had to find the balance between giving some clues and not spoiling the hideouts, making it too easy. Younger players find it difficult to spot the animals that are better hidden, but that was an intentional choice in order to keep the challenge appealing to older players as well. 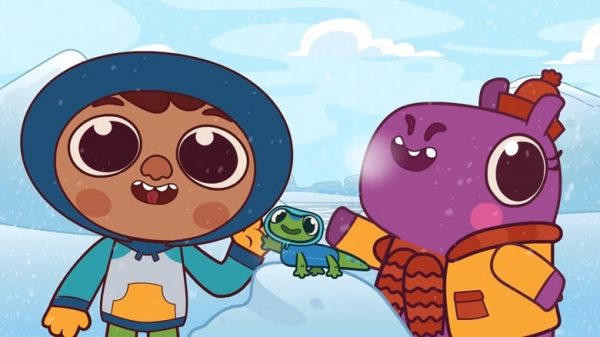 Though the light brown filter was a little off-putting. I enjoyed the use of color in the art style. Visuals are very important for projects like this since that’s the first stimuli that children register. How much time did your team spend on conceiving the 2D graphics and color palette?

It was a long development process since we were working on the WOW Animals animation series previously to the game. The biomes, the characters and some items were already produced for the series. But when we put them into the mobile scale, it didn’t work as we expected. All the assets had to be adjusted in terms of outline thickness, proportions and shape to work nice on the small screen.

PushStart developed another game, the zombie beat-em up Deadly Arcade. It’s intriguing to see the maturity difference between this and Wow Animals, and I really enjoy it when developers experiment and avoid falling into patterns. What kind of work ethic does the company embrace in terms of brainstorming?

We have an internal quoke (quote+joke) that says “Nothing is easy, but everything is possible”. We are a 35 people team and we try to foster a trust environment where people feel free to contribute, no matter if it is a artistic input from a developer or a technical consideration from an artist. We try to make our best on every project and learn from our mistakes.

As you know, game development everywhere was (and continues to be) impacted by the COVID-19 pandemic. What advice would you give to other developers trying to recover?

We’re facing really hard times, but this will pass and the demand for entertainment, learning, and other forms of digital interaction will last. Try to imagine how your company can position itself in a scenario where many barriers to the digital are broken and are now open to new ideas.

Flickering Myth would like to thank Mr. Vinicius and PushStart for chatting with us. WOW Animals and Zombie Arcade are both available for purchase.