It may have lost its way in its last couple of seasons, but Game of Thrones remains one of – if not the – biggest television events of the millennium, and fans will soon be able to get their hands on the entire series in 4K Ultra HD resolution with Warner Bros. Home Entertainment announcing a new box set featuring all eight seasons of HBO’s hit epic fantasy series, which will go on sale on November 3rd, priced at $209.99. 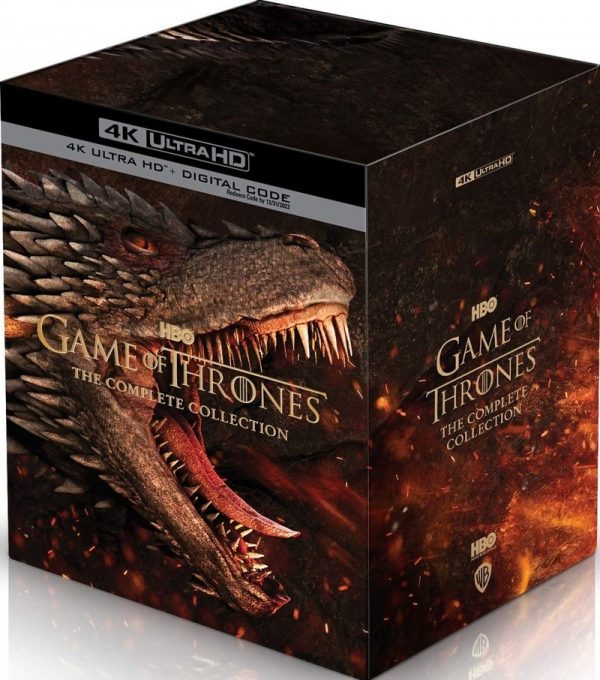 “We are thrilled to offer Game of Thrones fans an in-home viewing experience worthy of the groundbreaking show with the long-awaited release of Game of Thrones: The Complete Series on 4K Blu-ray,” said Rosemary Markson, WBHE Senior Vice President, Television Marketing. “For the first time ever and unavailable anywhere else, loyal fans and collectors will be able to enjoy every extraordinary moment of this iconic show in eye-popping 4K Blu-ray with Dolby Vision HDR. Packed with over 15 hours of special features spanning all 8 seasons and a digital copy of every episode, this collectable set also makes a perfect holiday gift!”

The 4K Blu-ray release includes over 15 hours of bonus features originally released on the 2019 Game of Thrones: The Complete Series and The Complete Collection (Limited Collector’s Edition) Blu-ray sets.

MORE THAN 15 HOURS OF BONUS FEATURES INCLUDING: