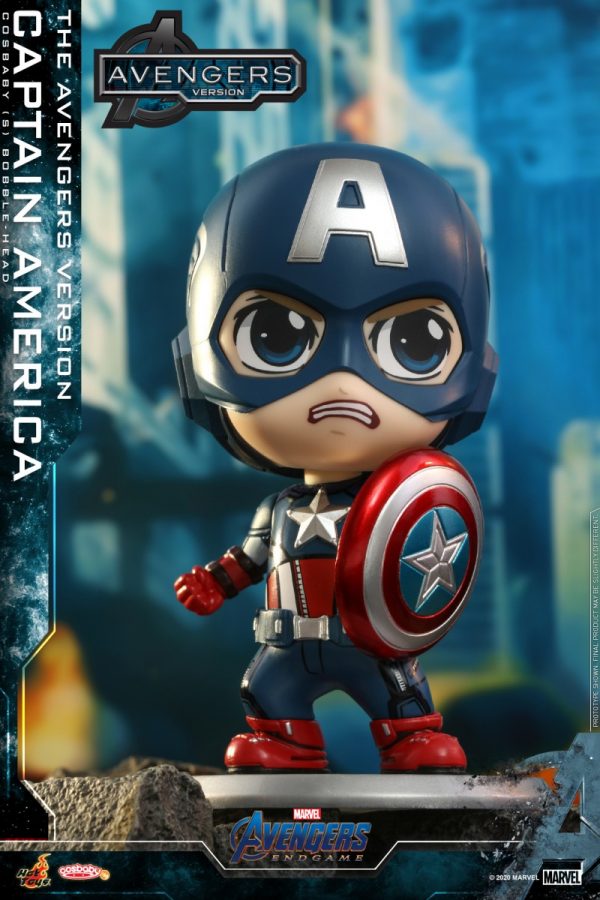 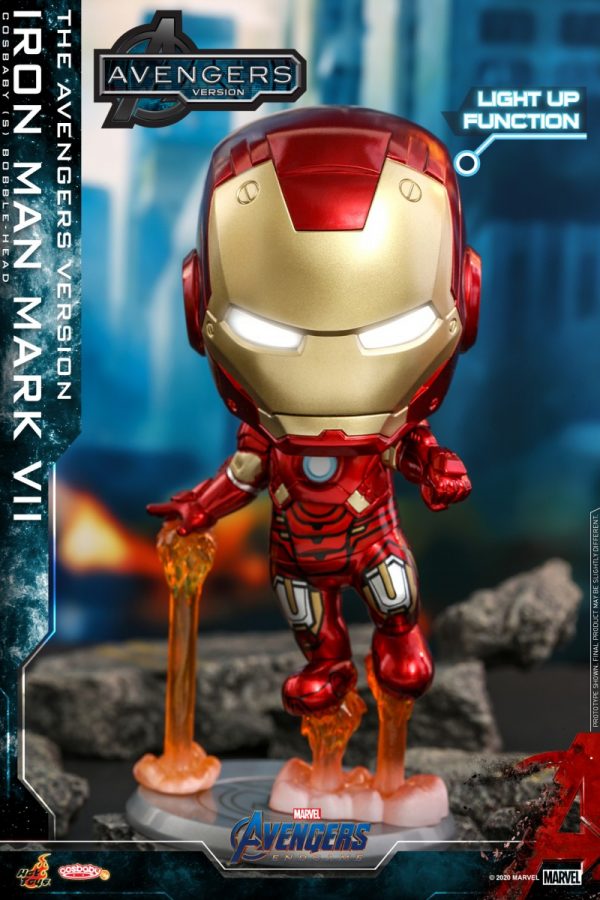 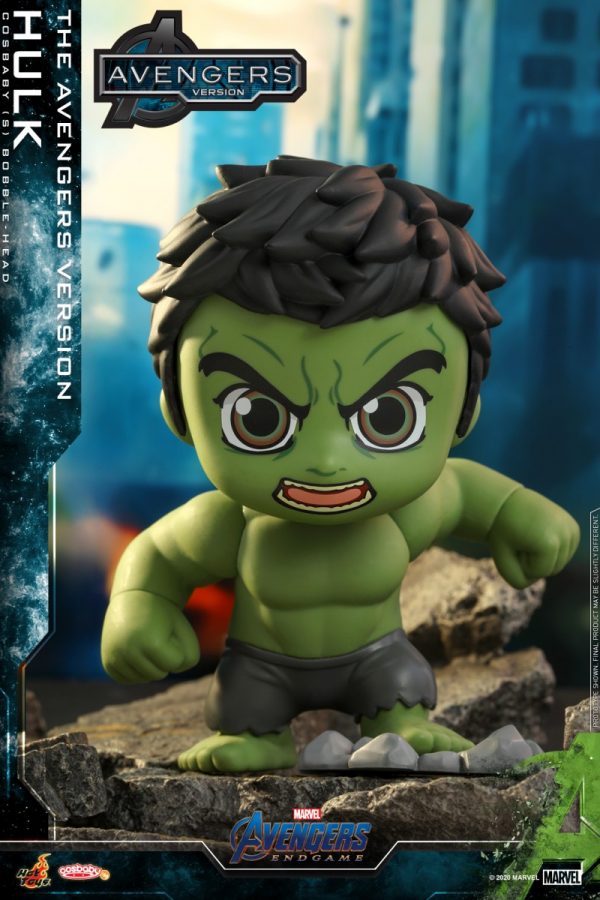 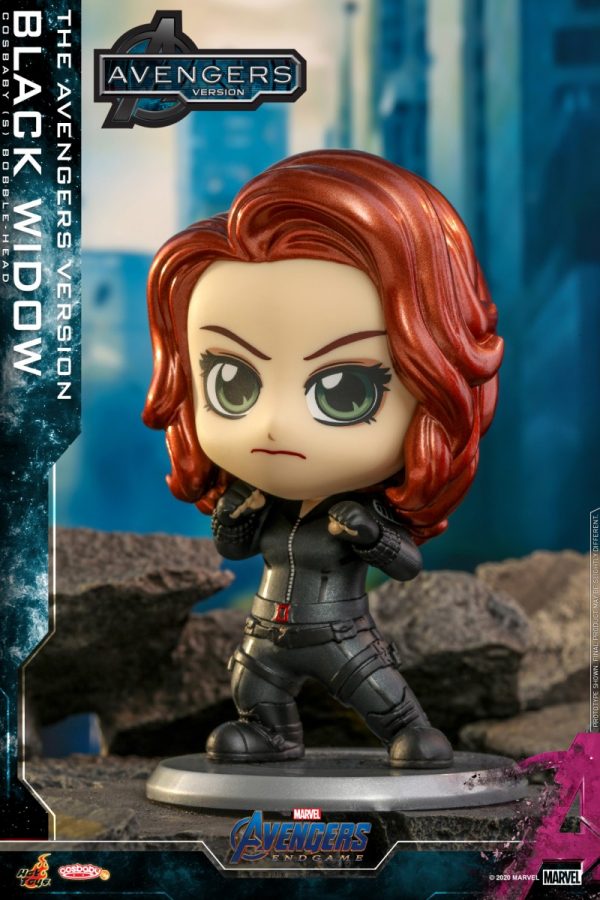 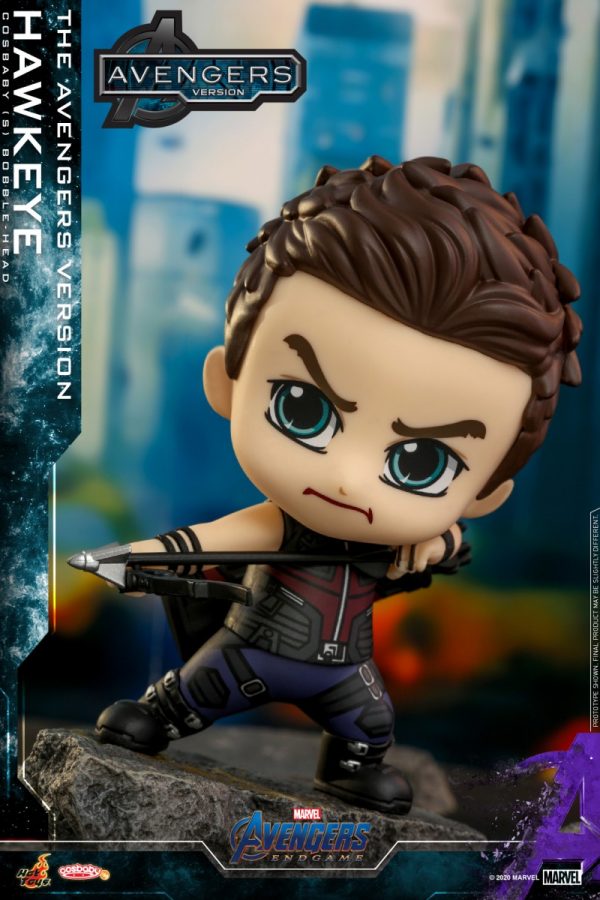 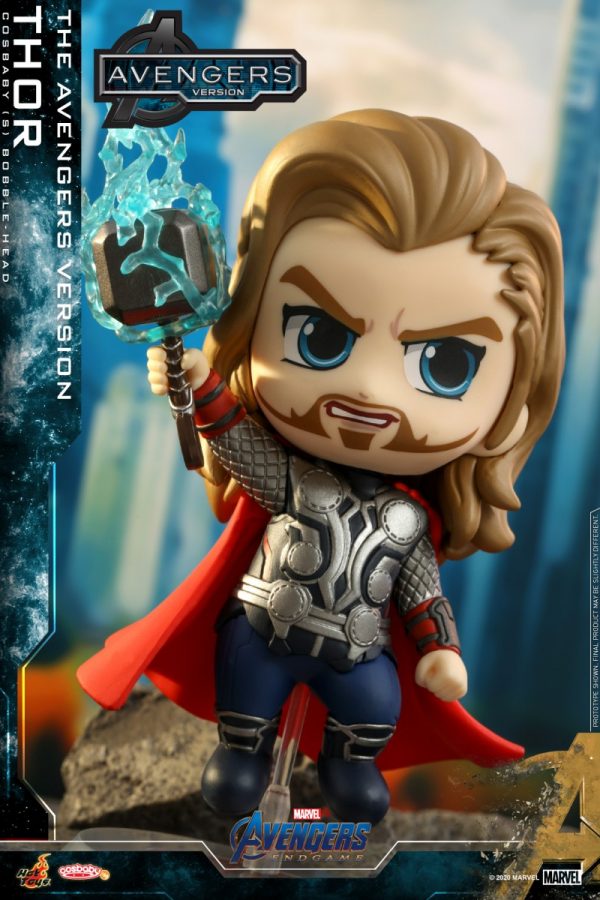 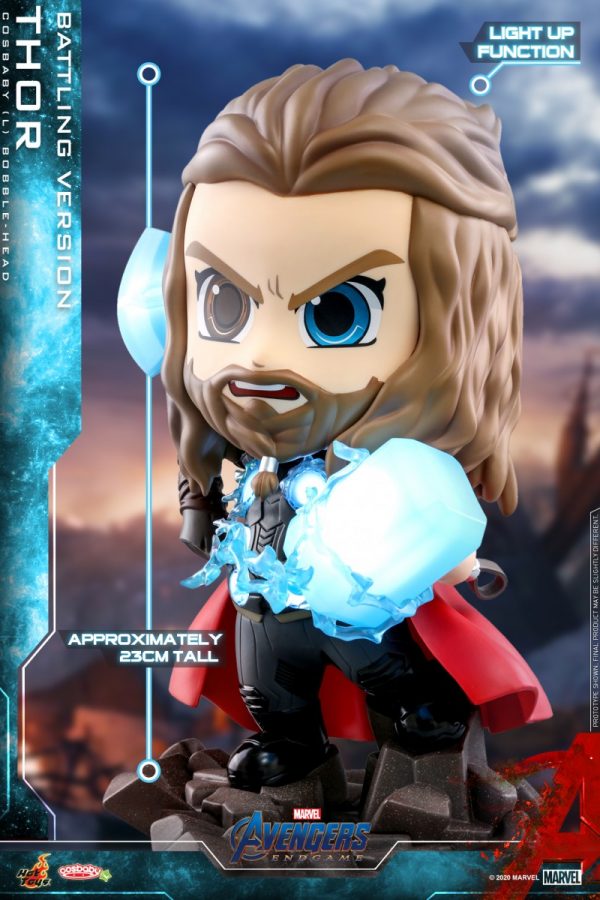 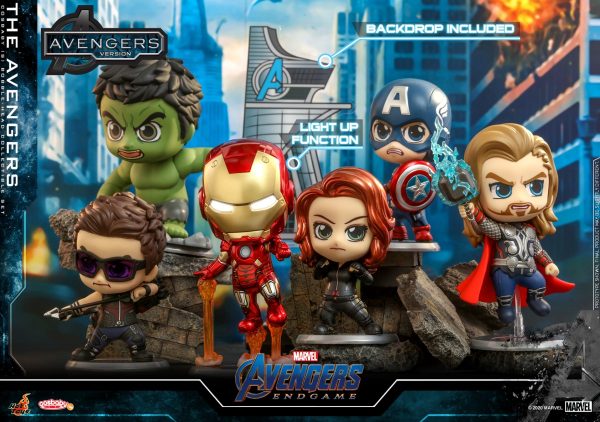 The remaining Avengers have to travel back in time to collect the Infinity Stones before Thanos get his hand on them! Inspired by the epic Avengers: Endgame, Hot Toys is thrilled to present a new wave of Cosbaby capturing the appearances of our beloved heroes from earlier productions.

Imagine your favorite character becoming a supersized Cosbaby! Standing approximately 23cm in height, Thor (Battling Version) Cosbaby (L) Bobble-Head holding the iconic Stormbreaker and Mjolnir with LED light up function, is going to be a striking display among your shelf.