Sideshow and Beast Kingdom have released promotional images for the Dynamic 8ction Heroes The Joker action figure which is  based on the appearance of Heath Ledger as the Clown Prince of Crime in the bank robbery scene in Christopher Nolan’s acclaimed 2008 blockbuster The Dark Knight. The DC collectible is available to pre-order now, priced at $100; take a look here… 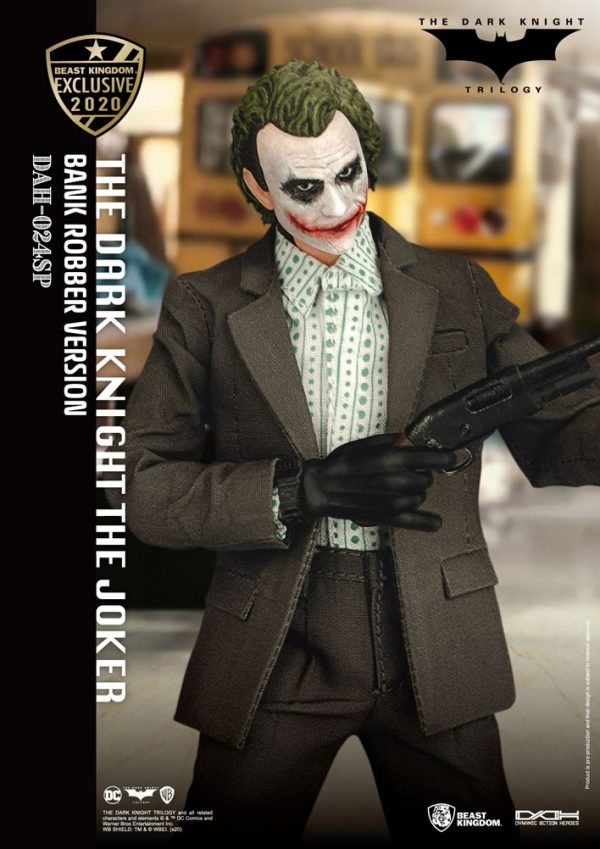 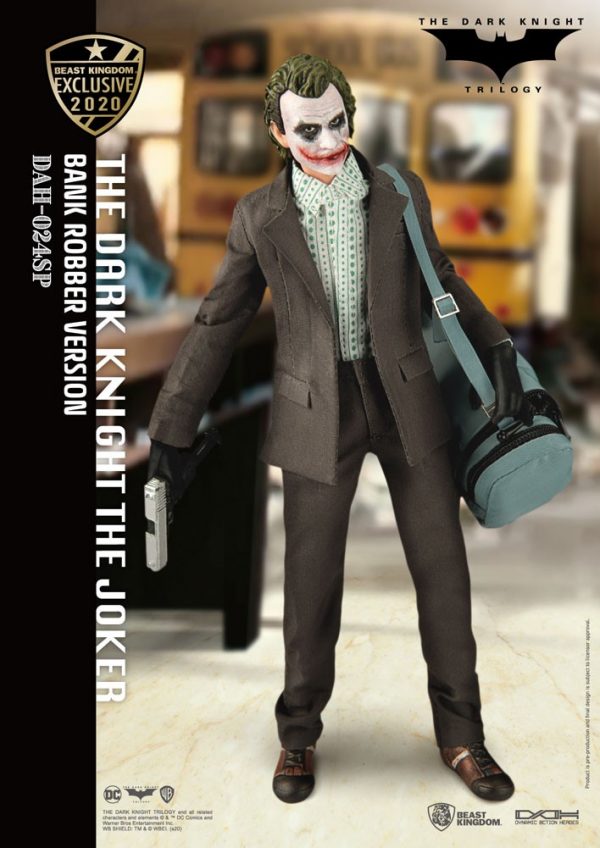 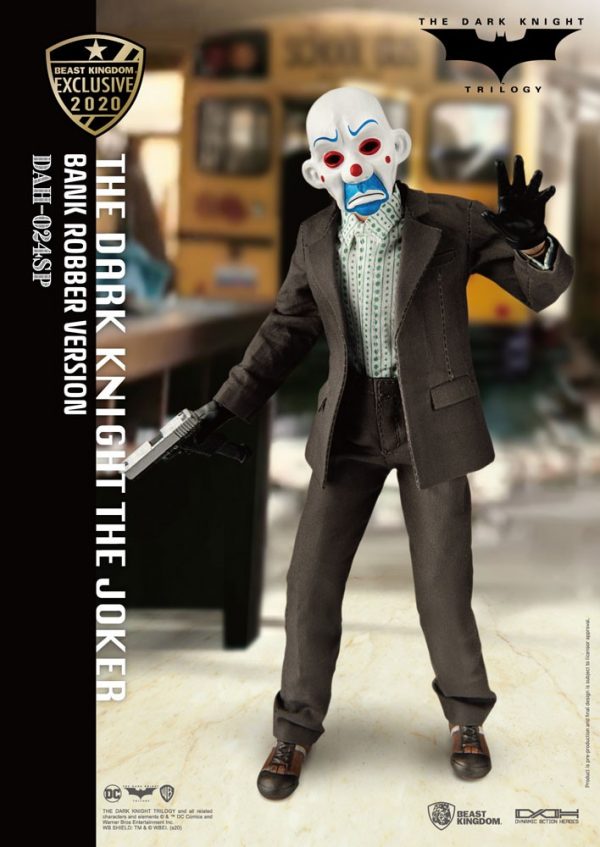 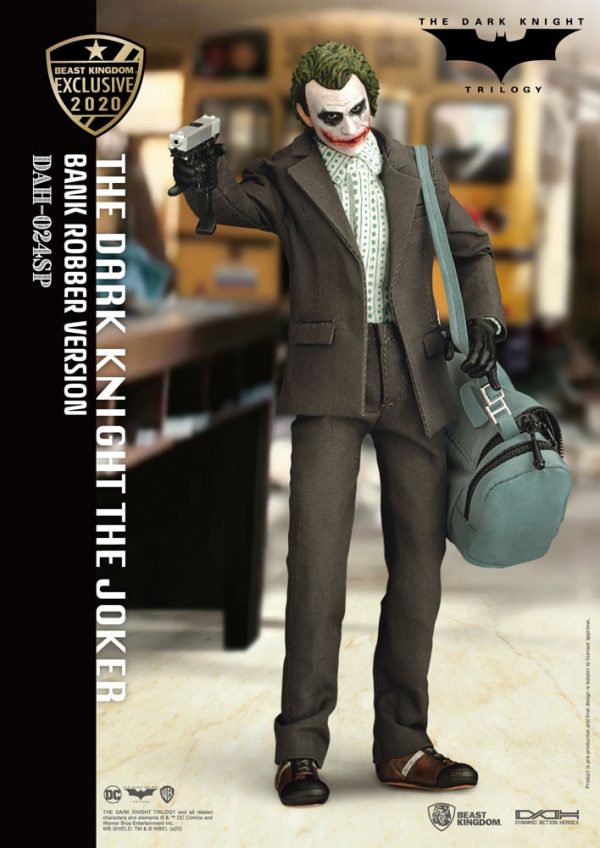 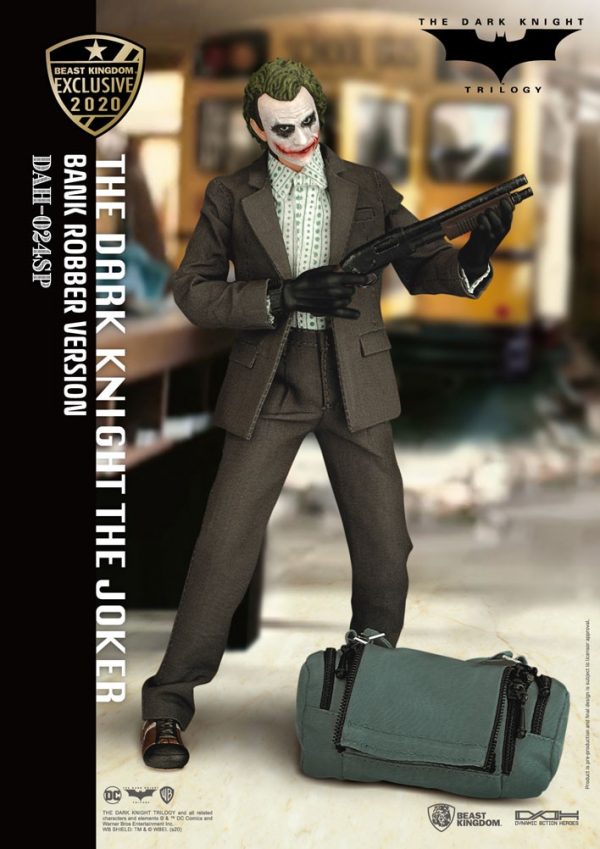 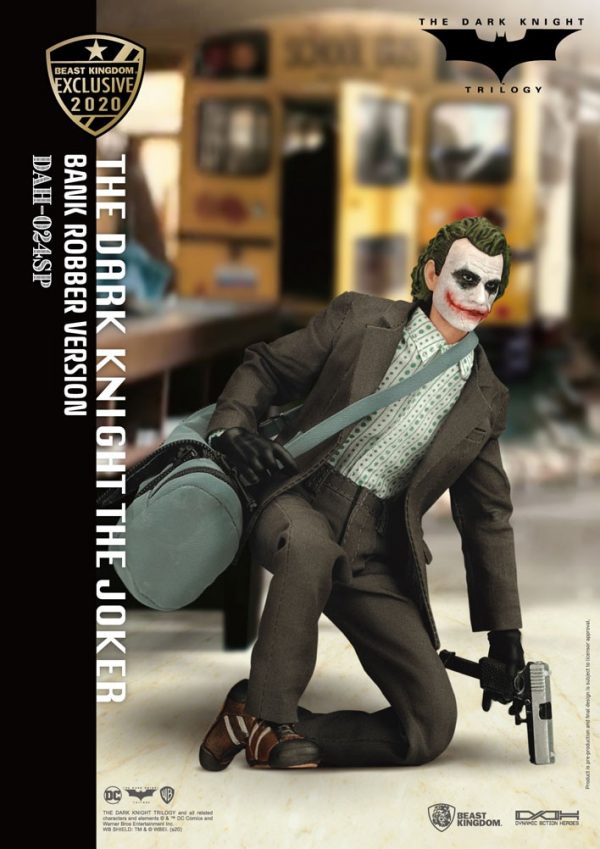 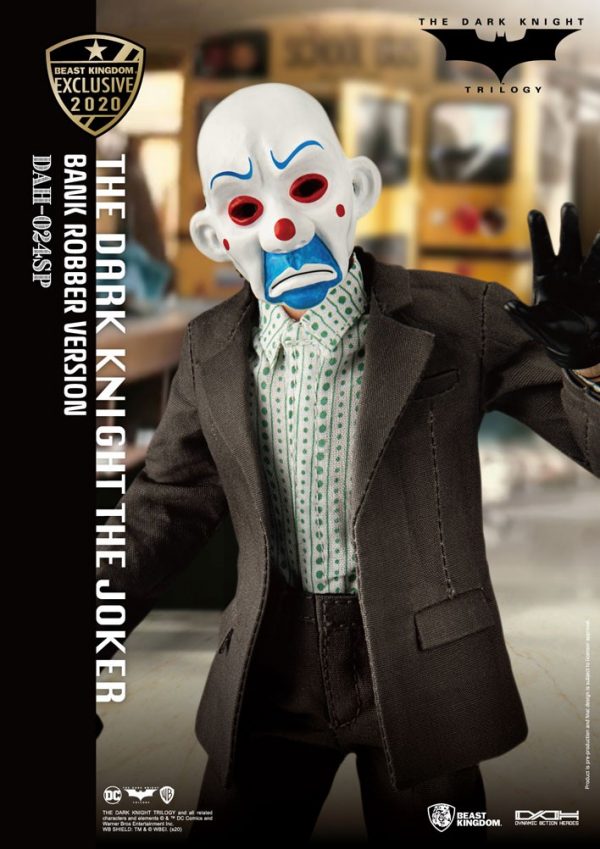 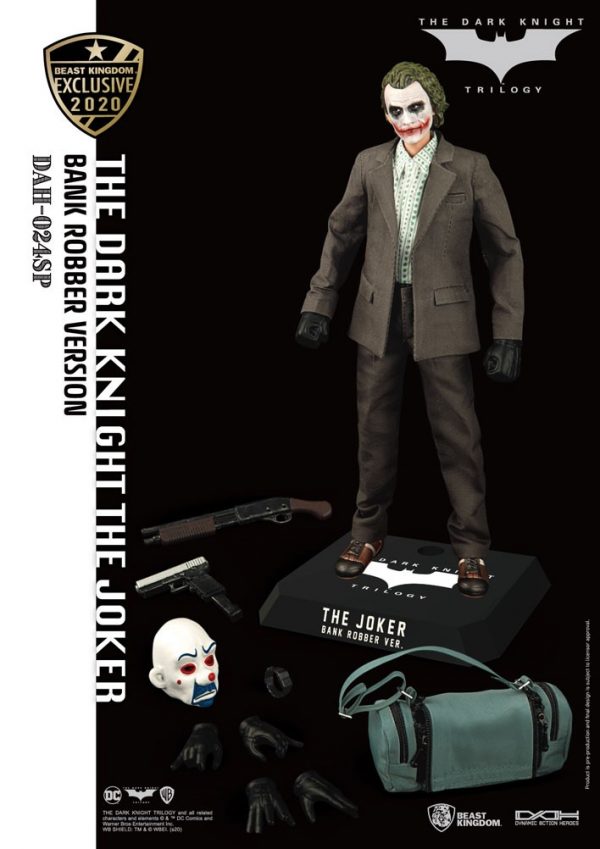 One of the tensest, most exciting openings of any action movie, the bank robbery scene from the Dark Knight is as thrilling today as it was on the movie’s release back in 2008.

The Joker, marvelously played by the actor Heath Ledger, creates a complicated weave of double-crosses that sets the character’s complex methods early in the film. Getting his team members to off each other one by one, we learn that this is no simple crook! Only a master-criminal can come up with such a scheme, with the audience as confused as each of the characters on screen. We only find out the masterplan right at the end of the robbery, when in shock The Joker removes his clown mask and we find out that he was one of the criminals all along. Dressed as one of the bank-robbers he quickly rides off in a school-bus with all the mob-cash, leaving viewers in awe!

Following the release of the acclaimed classic purple suited Joker from the Dark Knight, Sideshow and Beast Kingdom are excited to bring the latest variation of The Joker for fans of the crazed clown! The D.A.H (Dynamic 8ction Heroes) The Joker, Bank Robber Version, is a 1:9 live-action scale fully posable action figure that takes detailing to the next level. With two replaceable head sculpts, one of the painted Joker himself and the other of the robber mask, as well as a host of weapons and accessories, fans can recreate every part from the classic movie scene. Following in the design footsteps of the previous Joker, this figure also comes with real fabric clothing, straight down to the duffel bag itself. The tiniest details including a chronograph replica watch are fully realized to give fans the very best in collectible action figure design.