Developer Gamepires have released the Lock ‘n Load V.4 update for SCUM, the open world survival game with murderous supermax prisoners.  This latest update features a wealth of changes requested by the community, such as weapons overhaul, new weapons, shooting from vehicles and many more.  A new developer vlog can be seen below going into greater detail about the update as well as a video showing weapons malfunctions. 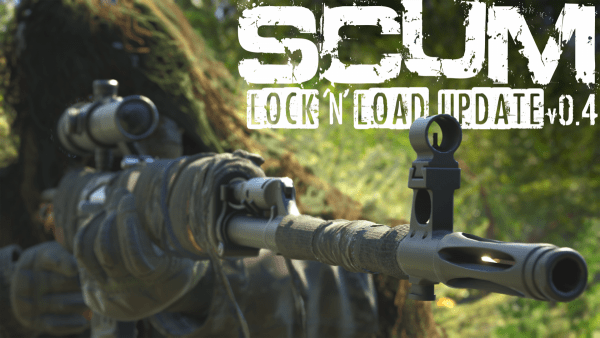 This latest update provides a whole new reason to get back out there on the island and perform those extra kills for the ultimate reality show.  Fresh with this update come a selection of new weapons and equipment, including the RPK belt-fed LMG and the Sawn-off Shotgun, there’s also new optics to attach to weapons as well as a devastating close range bayonet.  If that wasn’t enough, there’s also a variety of new ammo rounds such as Armour Piercing and Tracer Ammo, plus shotties have their own selection of ammo types to choose from.  Finally for the new gear is the new Ghillie suit to help your crim’ blend in better with the environment.

With this new update weapons can no longer be fired willy-nilly and last forever, they will need to be cleaned and maintained (as in real life) and there are consequences for failing to do this.  There are several malfunctions that can occur and all of them involve not being able to fire the bullet at the target, not the ideal thing to happen in a standoff.  Keep the weapon clean people.

Vehicles have had a bit of an overhaul as well, it’s now possible to perform drive-by shootings from the relative safety of your speeding car, however be sure to keep an eye on the road and don’t let your tyres get shot out. If you are the unfortunate soul getting shot at, it’s now possible to take cover behind the car door, just like in all those action films.

There’s lots more to the new update so enjoy the developer vlog below.

SCUM is available now on Steam and is celebrating the new update with a 40% discount until 30th July.