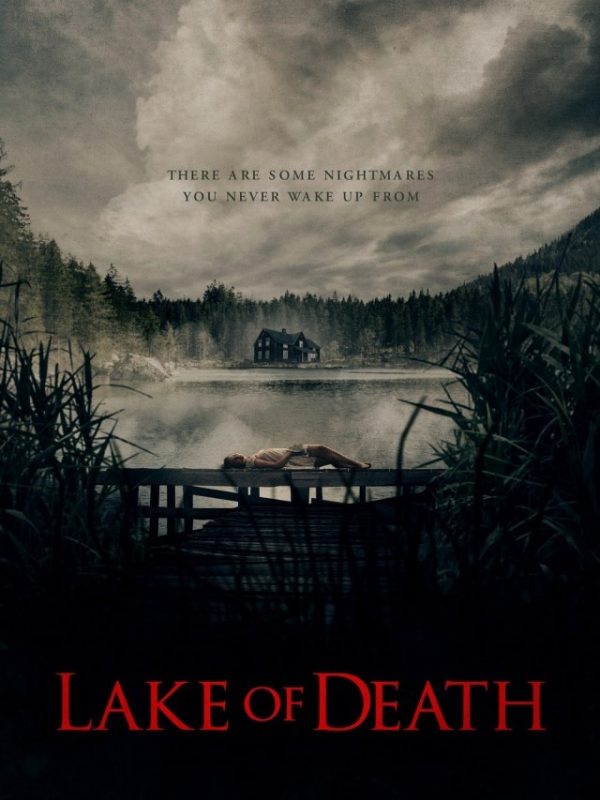 Lillan and some friends travel back to the remote cabin by the little lake, where her twin brother died last year, and soon after arriving strange things starts happening. Inspired by the 1958 classic horror film. 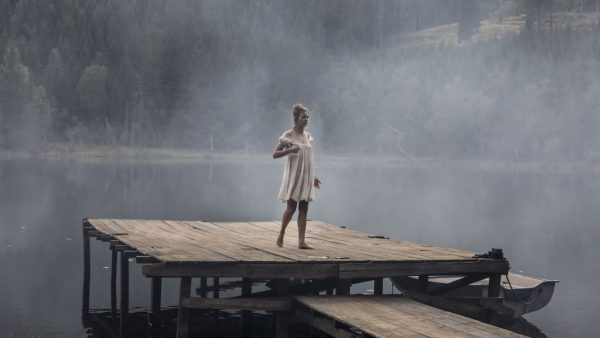 Nini Bull Robsahm’s Lake Of Death takes a shot at “Evil Dead except prettier,” but is no competition for Fede Alvarez’s mesmerizing remake (which accomplishes just that). It’s a loose adaptation of Kåre Bergstrøm’s Lake Of The Dead (1958), which is, quite plainly, about a malicious body of water. Robsahm tweaks some character arcs and introduces sibling trauma, but the bones are still familiar. There’s a lake, people die, but frustration comes in the form of a plodding first two-thirds that do nothing with slasher blueprints then a third act that sinks like a stone. Beautification can only entrance for so long, especially when it’s a coverup for the blandness that exists underneath.

Lillian (Iben Akerlie), orphaned at birth, returns to the lakehouse site of her brother’s disappearance a year later. Friends accompany her and ex-boyfriend Kai (Ulric von der Esch) with the hope of conquering personal demons. Instead, she starts to see the deceased Bjørn (Patrick Walshe McBride) as a vision. Then a door to a secret basement is discovered. Could someone be living in the house, committing such acts of aggression as [checks notes] making them breakfast (yes, tables are set at random)? Or is Bjørn all in Lillian’s head. 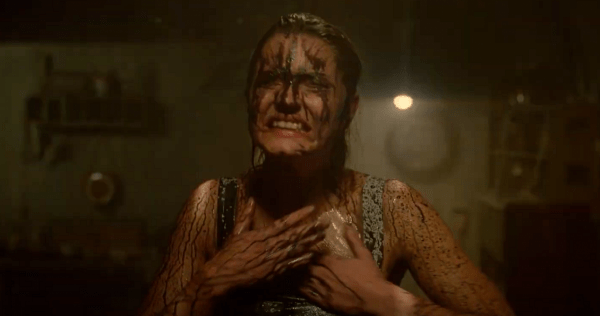 None of this is to downplay the lingering haunts of grief; it’s just that Lake Of Death is so questionably unconvincing. Performances are presentable, the cinematography is slick, but scripted ambitions are timid (much like Lillian). It’s a film defined by concerned glances and skeptical faces, as the most “horrifying” elements never approach genre ferocity. Scares often shift away from view before the damage can be done, and that’s if terror even breaks through a wholly unterrifying dullness. Lillian’s struggles are a struggle to watch, and not in any engaging and emotionally apathetic ways.

In a movie such as Evil Dead – any iteration – there’s an escalation of events that drives characters to experience fear or challenge evil. In Lake Of Death, these moments are few and far between. Lillian’s friends must stand guard while she sleepwalks, Lillian has some nightmares about oily-black water, and like previously mentioned, someone makes them breakfast with an additional table setting. Robsahm’s cat-and-mouse snoozer goes on until a third act where the basement comes into play with more importance, yet there’s never a profound sense of dread. I mean, there’s not even a drunken night of partying until at least an hour into screentime (usually the first sign of things going downhill), and afterward, consequences are minimized. Robsahm reuses all the beats you’ve seen in rebooted slashers and campfire nightmares but doesn’t know how to weaponize them effectively. 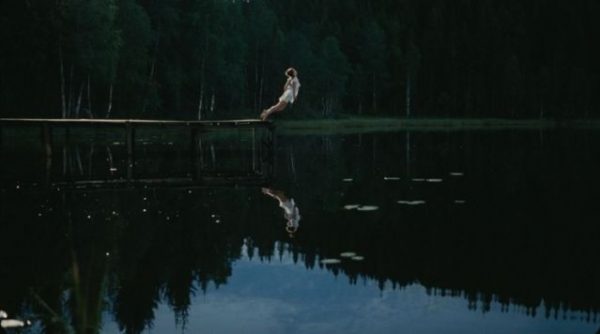 Maybe that’s intentional. Perhaps Lake Of Death is meant to be more poetic than paranoid, but horror cinema has been able to balance these extremes dating back farther than most of our lifetimes. There’s no denying Axel Mustad’s camerawork is accomplished and captures the moodiness of dark fairytales when Lillian enters dreamland. Time slows down, flowing wardrobe selections flutter with grace, and there’s an appeal to visual storytelling. Although, editor Bob Murawski falls victim to the “fluidity” of said picturesqueness when the film starts to twist upon Lillian’s final confrontation (with whoever is responsible). Characters are removed from importance while dialogue is stripped, edits cut between scenes without clear distinction, and continual forward momentum does no favors to an already underdeveloped experience.

I recently praised Natalie Erika James’ Relic for executing a known narrative in an otherwise fresh, newfound way that feels endlessly unique. Lake Of Death exemplifies the opposite. Nini Bull Robsahm takes the obvious route to “cabin in the woods” horror, shoots with confidence, but fails to say, represent, or acknowledge any differentiation compared to what the horror genre already offers. Worse still? It’s never more than a passing glance at Norwegian folklore, paranormal investigations, and whatever choice that last-minutes reveal is for gut-punch effect. Too meaningless, too late, too forgettable a wade into the shallowest vacation-sunny horrors.