The Mystery Inc. gang join forces with a team of superheroes to take down a world-threatening plot by the villainous Dick Dastardly. The sandwich-eating, mystery-solving, speech-butchering Great Dane pooch Scooby-Doo has been on and off TV and movie screens for more than 50 years. He was the star of a long-running and often rebooted TV series, two live-action films penned by James Gunn and countless direct-to-DVD movie adventures. Now, an origin story of sorts for the character comes via the Warner Bros animation Scoob!, which the studio hopes will fire the starting pistol on a shared universe for Hanna-Barbera characters on the big screen. On the strength of this outing, they might have slipped at the very first banana skin.

It’s not that Scoob! is necessarily a disaster. The movie actually starts quite well, with a fun prologue detailing the origins of the friendship between Scooby (original Fred voice actor and now seasoned Scooby performer Frank Welker) and a young, lonely Shaggy. They meet the other three members of the Mystery Inc. gang while trick-or-treating – Daphne is Wonder Woman, Velma is Ruth Bader Ginsburg and Fred, predictably, is a generic knight in shining armour – and quickly become fast friends. A very slick revamp of the classic Scooby-Doo! Where Are You? title sequence sees the team age up into adolescence, where they’re talent-spotted by Simon Cowell – yup, that happens – only for Shaggy and Scooby to be singled out as weak links. Their screeched version of ‘Shallow’ from A Star is Born might have had something to do with it.

There’s a fun comic energy to the opening, with the movie even deserving points for its commitment to animating Cowell’s visage as the Botox-addled reality currently gracing red carpets. Sadly, plot has to intrude and there’s soon some convoluted nonsense in play about how Wacky Races villain Dick Dastardly (hello to Jason Isaacs) needs to collect the three skulls of Cerberus – and Scooby, for some contrived reason – in order to unlock the underworld and reunite himself with the missing Muttley. Or get a load of gold. Or both. It’s never quite clear. 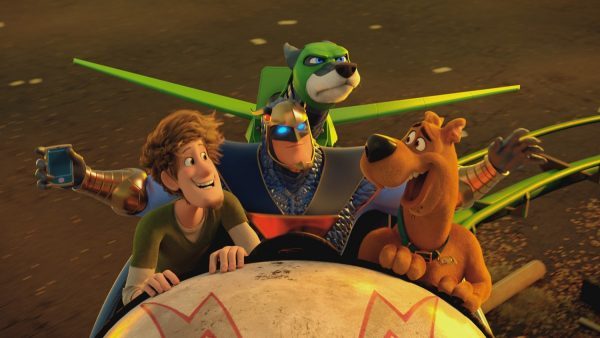 Despite some enjoyably colourful CGI animation and strong performances from a very starry voice cast that includes Zac Efron as Fred and Amanda Seyfried as Daphne, Scoob! falls right out of its early comic groove. There’s comedy value to be had in Mark Wahlberg as preening superhero Blue Falcon, who joins forces with Shaggy and Scooby, but that whole idea has the ring of a desperate desire to tap into the vogue for costumed vigilantes. In fact, the entire second half of the movie whiffs of filmmaking by spreadsheet.

The story simply isn’t that interesting, with the pleasant formula of the original series and madcap imagination of the live-action movies tossed aside. There are occasional flashes of neatly self-referential humour, including a nice gag about Shaggy’s bizarre mode of speech, but these are too few and far between. Even more awkward are nods to more modern pop culture – Fred is dismissed as “a poor man’s Hemsworth” – that sit uncomfortably against the inherent nostalgia of watching cartoon characters born in the 1960s.

But its biggest sin is simply that it becomes boring. There’s enough mileage in these characters to make a compelling modern take on the Scooby franchise, but Scoob! over-complicates its story at every turn. The likeable comedy and slapstick is drowned under reams of exposition and the foregrounding of the superhero characters means that the rest of Mystery Inc. spends much of the movie on the sidelines with nothing to do. After such a strong first act, this feels like an unforgivable waste. 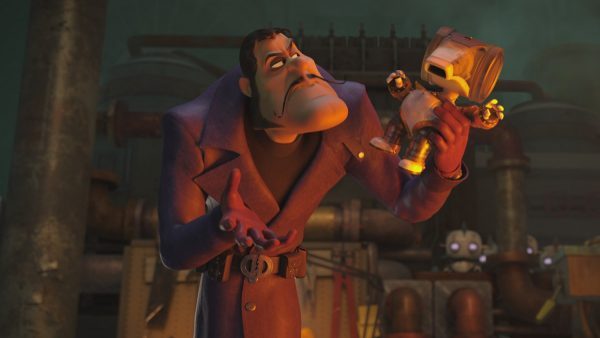 However, there’s enough of a glimmer of fun in Scoob! that there might be some legs in the idea of a Hanna-Barbera universe. As well as Isaacs’ delightfully loathsome take on Dastardly – “my friends call me… Dick” is delivered with relish – there are a handful of other surprises for those well-versed in the company’s cartoon creations. Scoob! falls short in giving the core characters the adventure they deserve, but it does lay some fun groundwork for possible stories still to be told. What I’m saying, in short, is that the Wacky Races movie will be outstanding. Get on it, Warner Bros.