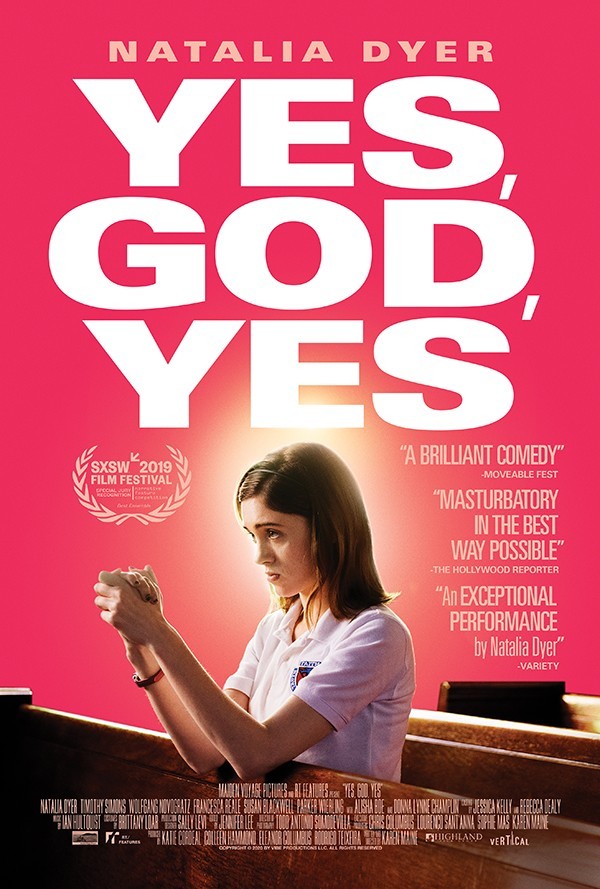 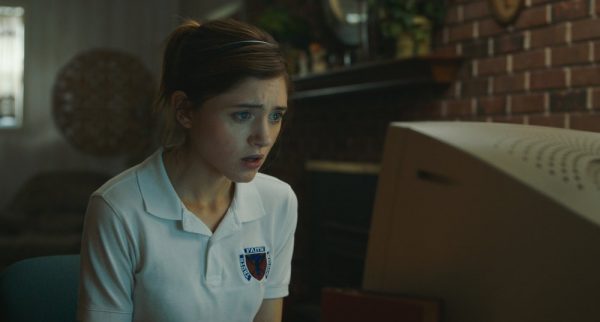 If a film which opens with a definition of “salad tossing” might not suggest itself to be the most serious-minded or thoughtful precis on sexuality, Karen Maine’s (Obvious Child) striking directorial debut proves the merits of using humour to foreground a prevalent social issue.

It’s clear from minutes into Yes, God, Yes that Maine’s film has few aspirations to subtlety, freely – and, often, hilariously – thumbing the nose at how ineffectively religious fundamentalism attempts to circumscribe human sexuality.

This won’t be surprising to most viewers, of course, and so it makes sense that Alice’s voyage of sexual self-discovery isn’t rigidly journalistic; it makes a serious point about religion straining to needlessly control behaviour through fear, but also delivers routinely uproarious laughs. 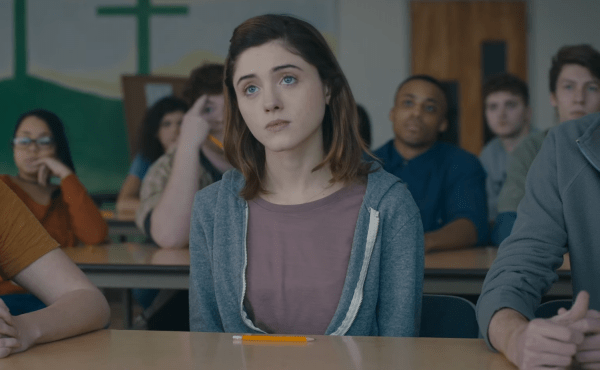 Maine comprehensively yet entertainingly details how organised religion can gaslight young people and effectively manipulate them into a life of pious servitude, and how antithetical sexual repression is to what being human actually is. And worse still, how hypocritical the gatekeepers of sexual exploration just might be. It is, in its more serious moments, an incredibly astute portrait of how this indoctrination begins young and creates a cycle permeating through generations.

But Yes, God, Yes keeps its mood impressively spry, often thanks to some sharply observed period detail, particularly with regard to how much of an ill-defined Wild West the Internet was 20 years ago. The sight of AOL chatrooms and mentions of the Melissa Virus are sure to have a certain demographic almost giddily nostalgic for the pioneering years of the World Wide Web.

In a more general sense, the film also freely drops pop-culture touchstones, from Blink 182’s seminal record “Enema of the State”, to an online chat user bearing the moniker “FreakOnALeash,” and the deeply amusing presence of ancient Nokia phones and calculators (remember those?).

Yet beyond its cute nostalgia, there is a slight yet potent championing of the Internet as a democratic tool for the vulnerable and ill-informed, particularly with regard to sexual development. For all of its systemic flaws – especially in our current era of algorithmic content and “Fake News” – it’s refreshing to see a movie go to bat for the most revolutionary worldwide innovation of the last few decades. 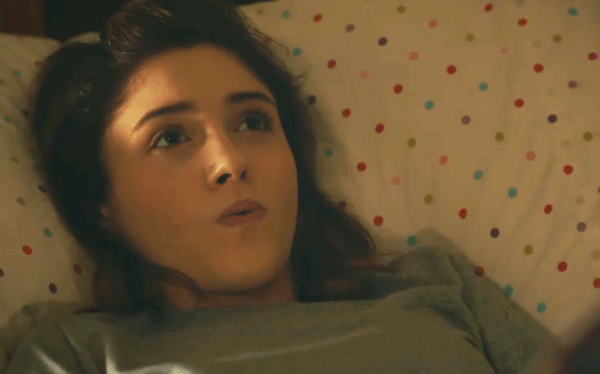 Not all audiences will spring for the film’s more risque gross-out gags – though one of them does result in cinema’s greatest-ever use of Collective Soul’s alt-rock classic “Shine” – yet in even its dafter moments there’s a prevailing sweetness to Alice’s story. Her third-act meeting with wise lesbian bar owner Gina (Susan Blackwell) proves especially poignant, and crystallises that the film has no desire to relentlessly bash bibles in order to make its point – quite the opposite, in fact.

More so than the material itself, the film is held together at all times by a terrifically game Dyer, who is impeccably believable as a curious yet anxious young woman wrestling with major changes in her life path. Timothy Simons also steps clear of caricature with his depiction of Father Murphy, the leader of the religious retreat, resisting the urge to ever make such a ripe-for-ridicule character a pure cartoon.

Yes, God, Yes is a deftly calibrated dramedy which never allows one of its tonal poles to undermine or cancel out the other; its serious intent is only complimented by its often ribald, frank humour, and the evocative nostalgic gloss doesn’t hurt either.

A sharply-observed, touching tale of self-love that’s by turns hilarious and heartfelt, while expertly capturing its early 2000s time period. And at just 78 minutes in length, it doesn’t outstay its welcome for even a second.