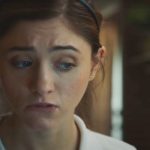 Vertical Entertainment has released a poster and trailer for the coming-of-age comedy drama Yes, God, Yes. Written and directed by Karen Maine and based upon the 2017 short of the same name, the film stars Stranger Things‘ Natalia Dyer as Alice, a Catholic teenager struggling with her sense of shame and suppressing her urges after […] 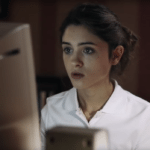 Coming hot on the heels of the news that she has joined the cast of Dan Gilroy’s next movie, Variety is reporting that Stranger Things star Natalia Dyer has signed on to star in filmmaker Karen Maine’s feature adaptation of the short film Yes, God, Yes. Dyer – who starred in the short – will […]