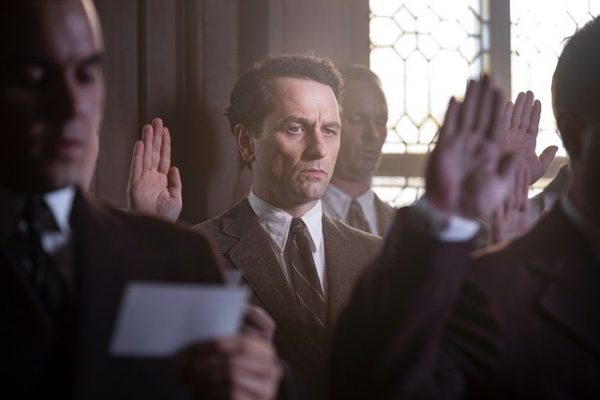 We are in the realm of court room drama at last as Perry Mason joins convention, embraces archetype and Matthew Rhys rises like a phoenix to embody this character. Stephen Root’s Maynard Barnes leads the despicable charge elsewhere as a conniving district attorney, seeking to profit from convicting an innocent woman. This pure indulgent cliché plays perfectly in counterpoint to the weeks of character work which are already laid out. Shea Whigham’s Pete Strickland steals scenes elsewhere as long term friend and payroll private investigator to the newly minted attorney at law. Just as Juliet Rylance plays up the role of empowered women through Delia Street alongside Tatiana Maslany’s Sister Alice.

A tentative Mason faces his first day in court, Officer Drake gives a version of events while double dealing dirty cop Ennis gains an extra layer of sleaze. Love letters are brandished in a circumstantial filibuster, legal chicanery is enforced to hamper fair play and conversations are taken out of context for murderous advantage. This is an unadulterated piece of period drama laced with f bombs, contemporary outbursts and flashes of gruesome detail guaranteed to appease modern audiences. Root and Rhys spark off each other in the length court room crossfire, while Chris Chalk continues to excel as Officer Drake. 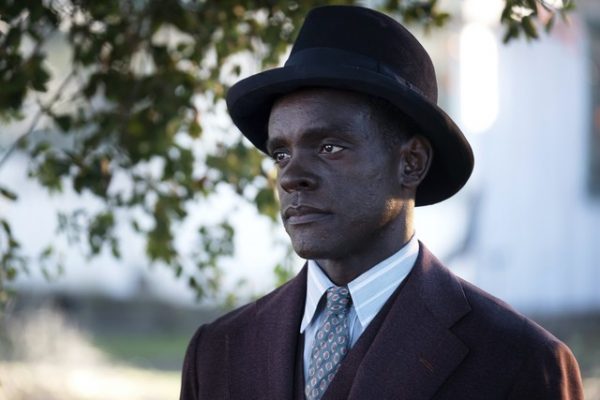 Making the audience culpable through complete narrative transparency has assured an emotional investment in these characters which continues to gain traction. Rhys has managed to instil a hard edge into his Perry Mason which still implies levels of insecurity. This complexity has aided the reality of what could have otherwise been a by the numbers police procedural. As witnesses perjure themselves, high office ranking officials engage in blatant favouritism and things become increasingly bleak Mason revels in his underdog status.

Corporate espionage, buried embezzlement and detrimental associations all play there part in tightening the metaphorical noose, as Emily Dodson seems destined for execution. Religious protests, evangelical resurrections and the word of God all loom large in a series dripping with authentic overtones. With the announcement of a season 2 greenlight from HBO this feeling is heightened further, indicating to us all that tastes have turned back towards old fashioned murder mystery. Nothing overtly complex or overly clever, just something with solid story telling potential, layered performances and drama by the bucket. Not only does this show faith and speak volumes, but also categorically states we should all board the Mason train without delay.