USA Network has announced its crime drama Briarpatch starring Rosario Dawson has been cancelled. The series ran for one season and saw Dawson’s character investigating the murder of her sister.

“Hey, friends. Just wanted to let you know some disappointing news before you hear it from anyone else,” showrunner Greenwald said over his Twitter. “Briarpatch isn’t returning for another season at USA. Though I’ve known for months, it’s still a bummer. We had an amazing story planned for S2 and I was lucky enough to work with the most amazing writers and crew, all of whom were itching to get back to work.”

Though USA has cancelled the series, Greenwald did leave some room to hope it might somehow return. “I think we were going to do something special. And, hey, maybe we still will. If enough people keep checking the show out on demand, anything’s possible — especially for an anthology series as weird as this one. Nothing’s ever over until it’s over. But if it’s over? What a way to go.”

BRIARPATCH follows Allegra Dill (Dawson), a dogged investigator returning to her border-town Texas home after her sister is murdered. What begins as a search for a killer turns into an all-consuming fight to bring her corrupt hometown to its knees. The season celebrates the beloved genres represented by Thomas’ book — a stylish blend of crime and pulp fiction — while updating his sense of fun, danger and place for a new generation. 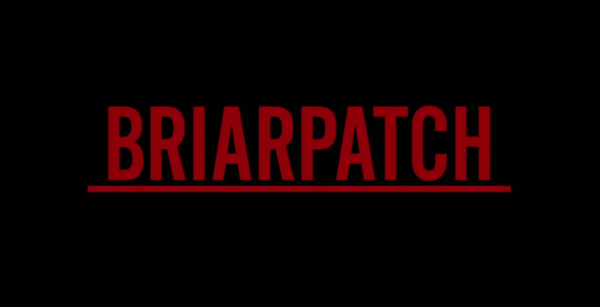