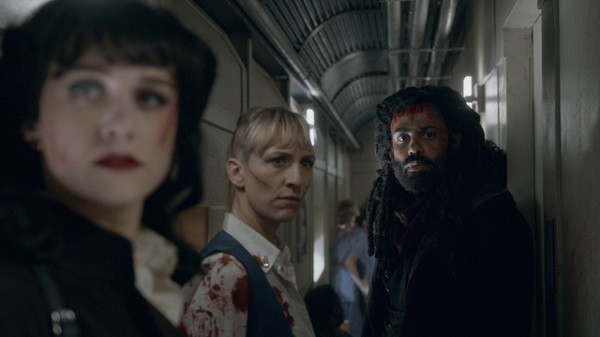 Insurrection, skulduggery and death row plea bargains define this penultimate episode of TNT’s Snowpiercer. Sacrifices are offered up, disconnections are proposed and things take on a dynamic edge, which ensures tensions remain high. With collusion between the brains and brawn of first class, mutinous removals enacted and executions in the offing, director James Hawes keeps us guessing. Power is shifting and there are those who believe they have it, those who wish to possess it and finally an odd few who see the burden and responsibility beyond that perceived glory.

This is the episode where Snowpiercer comes into her own. A living breathing mass of galvanised metal imbued with emotions which stretch on for miles. Survival of the fittest becomes a matter of personal choice as Layton is backed into a corner, Melanie bargains for middle ground and first class comes unstuck. Set pieces, bloody murder and militarised marshal law is a heartbeat away from being instituted. Battles lines are drawn, plans instigated and orders followed as things come to a decidedly cut throat juncture. 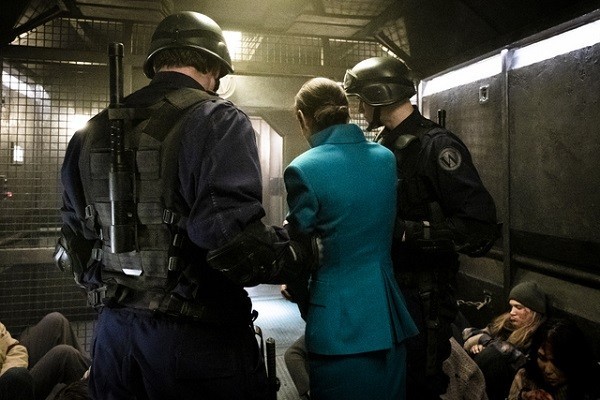 Snowpiercer delivers more backbone in forty minutes than other properties conjure during a full run, providing emotional weight and tangible consequences. Jennifer Connelly and Daveed Diggs offer rock solid foundations to a dramatic premise which is spreading like an infectious disease. Ill feeling has festered far too long, privilege has prevailed over matters of equality and no one is blameless. This microcosm on wheels is so close to imploding that separation seems the only recourse left.

Wilford is a smoke screen, Melanie Cavill a figurehead with ambiguous intentions and leadership is lacking in the scramble for power. As they approach the junction both metaphorically and otherwise there are choices left to be made. Sacrifice the few to certain death or cull their herd by more medieval means to maintain order. In the finale there are still some hard decisions to make for those caught in this perpetual revolution of mechanised locomotion. With season two in production and a third almost guaranteed how the showrunner has chosen to close out this pivotal first punt is crucial if audiences are to remain invested.