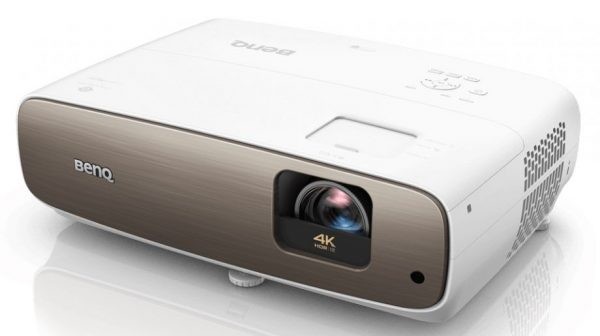 With theaters the world over closing their doors due to the public health crisis, movie lovers have been forced to rely on their home cinema setups these past few months. I’ve been fortunate enough to spend some of that time testing out BenQ’s W2700 4K HDR Projector, a rather fantastic piece of kit which delivers eye-watering visuals at a price that won’t necessarily leave you in tears.

All of this is all housed in a smart and stylish case that weighs 4.2kg and offers a variety of connections including two HDMI 2.0 ports (with ARC courtesy of a firmware update), a USB3.0 with media reader capabilities, and digital and analogue audio outputs. Also included in the box are the relevant power cables, as well as nice remote control with handy backlit buttons. You will want to make sure you’ve got a spare HDMI cable however, as this doesn’t come included. 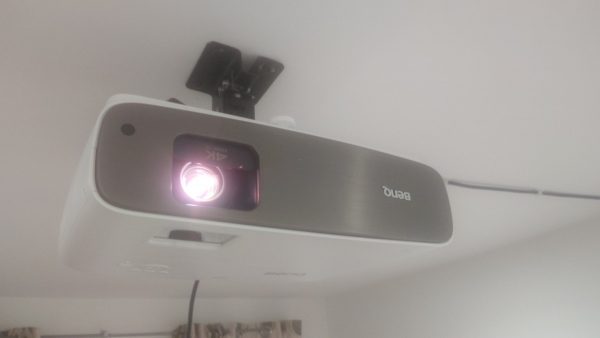 BenQ’s big focus with the W2700 is replicating the theatrical experience with a picture as close as possible to the director’s intended vision. Being a DLP projector, it’s already got a head start over its LCD counterparts when it comes to replicating that ‘film’ look, and thankfully BenQ has taken heed of the campaigning from filmmakers such as Christopher Nolan and Martin Scorsese and turned off its ‘Motion Smoothing’ capabilities by default. However, it’s with BenQ’s propriety CinematicColor technology that things really shine.

Through its CinematicColor and HDR-PRO technology, the W2700 promises to deliver accurate colour reproduction by reaching a wider color gamut and higher dynamic range. The projector comes with a personalised ‘Online Factory Calibration Report’, guaranteeing that the unit performs at 100% Rec. 709 (1080p HD standard), but it is capable of extending this with 4K content through its Wide Color Gamut (WCG Filter) option, which offers 95% coverage of DCI-P3 (the color standard as defined by the Digital Cinema Initiatives for digital movie projection in professional cinemas).

What that all means in plain English is that the W2700 delivers an exceptional picture straight out of the box, whether showing 1080p HD or 4K Ultra HD content. Naturally the projector also comes with a host of different picture modes and options to allow home cinema enthusiasts to tweak things precisely to their personal tastes. For many though, myself included, set-up consisted of little more than positioning the projector (a 100″ picture from approximately three meters in my case), connecting up your source and audio equipment, selecting a preferred preset (Cinema, D.Cinema, Vivid, etc.) and hitting play. 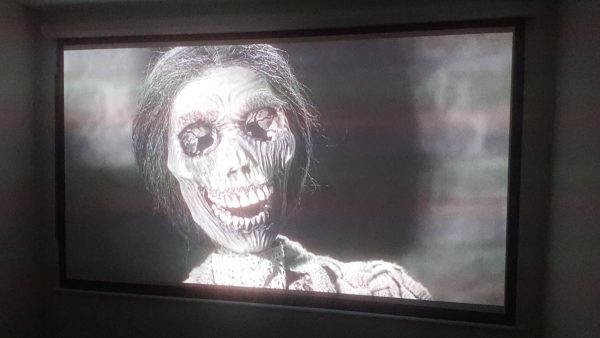 That brings us to the most important aspect of all, picture quality. While projectors aren’t quite going to match up to TVs of a comparable price in terms of brightness, black levels etc., that isn’t to say that the W2700 provides anything less than a premium viewing experience. 4K HDR content through the projector is absolutely stunning. Take for example last year’s The Lion King on Ultra HD; Disney’s CG-animated remake is truly a feast for the eyes, with each and every frame packed with jaw-dropping levels of detail, incredible clarity, and a rich and vibrant colour palette.

Sitting just feet away from The Lion King in 4K projected at 100″ plus, it’s impossible not to become utterly entranced and amazed by the digital wizardry on display. The climatic confrontations in Avengers: Endgame and John Wick: Chapter 3 – Parabellum may push it close, but The Lion King through the W2700 is quite simply reference grade. If you’re still on the fence about 4K as a format, this would surely put an end to any doubts you may have. At this price point, it’s incredible, and it really has to be seen to be believed.

Of course, not everyone is keen on the idea of upgrading their entire DVD and Blu-ray collections into 4K, but the W2700 also does a very effective job of handling 1080p material. While not quite up to the 4K standard, I’ve been left impressed by the quality of image that the projector delivers with Blu-rays and at no point watching the likes of Doctor Sleep, The Invisible Man and Atomic Blonde did I find myself wishing I’d opted for the 4K versions. Instead, I was simply enjoying the presentation, and noticing extra details here and there which I’d never picked up on in previous viewings (through a BenQ W1700, if you’re interested). Upscaled DVD content isn’t too bad either. Obviously it can’t hold a candle to 1080p or 4K, but it’s watchable, which is about all we can ask of the format these days. 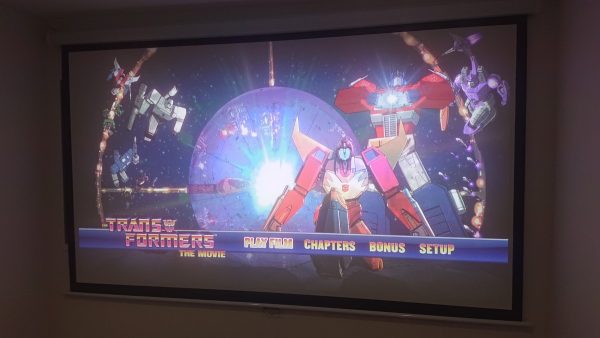 The BenQ W2700 is currently available online for around £1350, and while you’d be able to pick yourself up a very nice television set in that price range, for me, you simply can’t beat projection for your home cinema setup if you really want to try and replicate that feeling of being in a theater. And in these uncertain times where big questions are hanging over the future of the cinema industry as it struggles with the global health crisis, the cinema experience is something I want to be able to continue to enjoy doing safely with the family. Granted, doing so from the comfort of the home may not be a perfect recreation of the cinema experience, but with the W2700 hooked up to a decent Dolby Atmos / DTS:X sound system and a 4K Ultra HD disc in tow, it certainly comes close.

Anyone opting for the W2700 as the heart of their home cinema set up will surely not be disappointed with the results.

Gary Collinson is the editor-in-chief of FlickeringMyth.com.