Amazon Video is going to get a lot scarier this Halloween season. The streaming service will host eight brand-new horror films from genre giant Blumhouse, in a new horror program called Welcome to the Blumhouse. Coming this October, this two-week event is an upcoming collection of “eight unsettling, genre movies,” which are produced by Jason Blum’s Blumhouse Television and Amazon Studios.

“We are excited to launch Welcome to the Blumhouse with this exhilarating and provocative slate of original films for the first time ever on Prime Video. This collection from diverse and emerging filmmakers was a thrill to put together with our wonderful partners at Blumhouse Television,” said Julie Rapaport, Co-Head of Movies for Amazon Studios. “These chilling stories have something for everyone – ready to fright and delight genre fans and newcomers alike – and we are excited to share them with our global Prime Video customers.”

Check out the Welcome to the Blumhouse poster here… 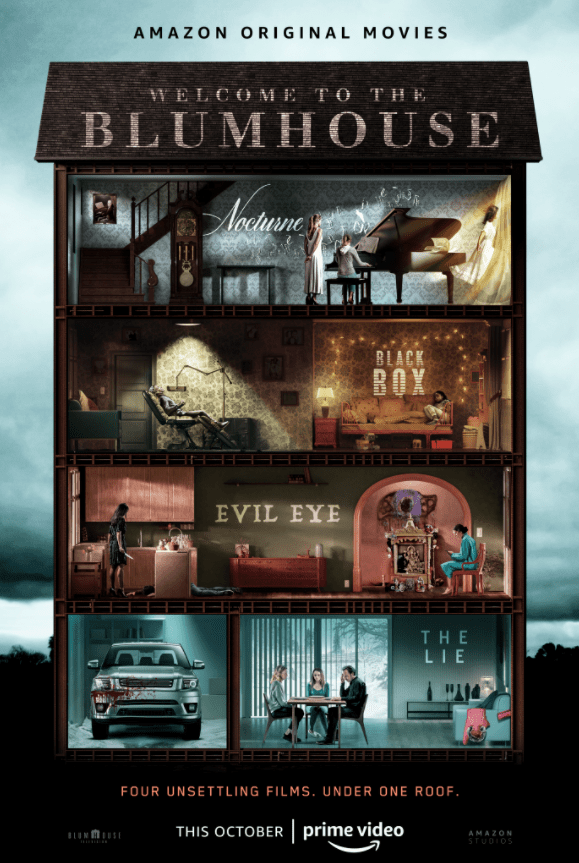 Amazon Prime Video will launch the first four films as double features, which will start on October 6 with The Lie directed by Veena Sud (The Killing) and Black Box directed by newcomer Emmanuel Osei-Kuffour Jr. The following week on October 13th, Elan Dassani and Rajeev Dassani’s Evil Eye debuts, which is executive produced by Priyanka Chopra Jonas. The other film that evening is Nocturne, written and directed by filmmaker Zu Quirke, in her feature film debut.