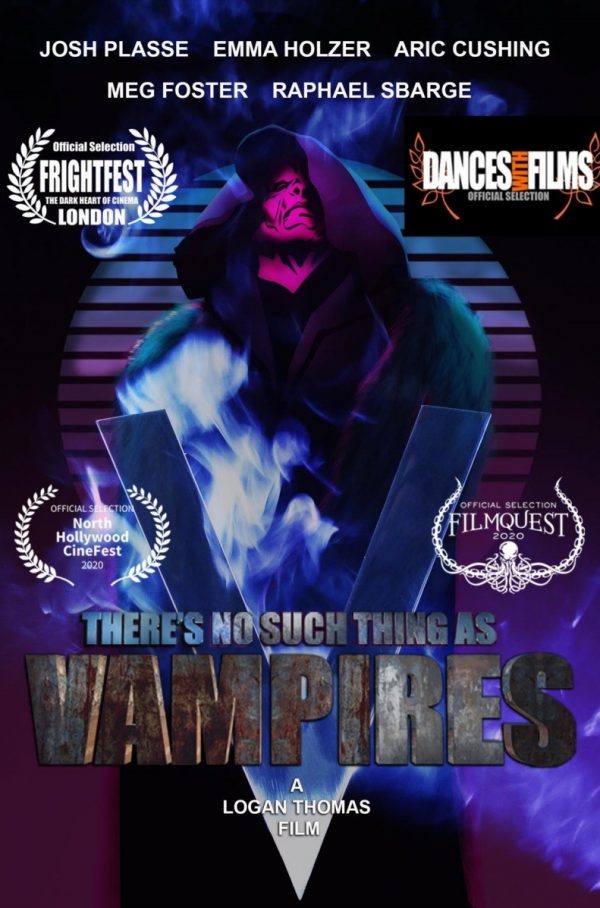 Strangers Joshua and Ariel crash into each other in the dead of the night. Before long they find themselves pursued across the North America desert, the target of an unstoppable supernatural force. 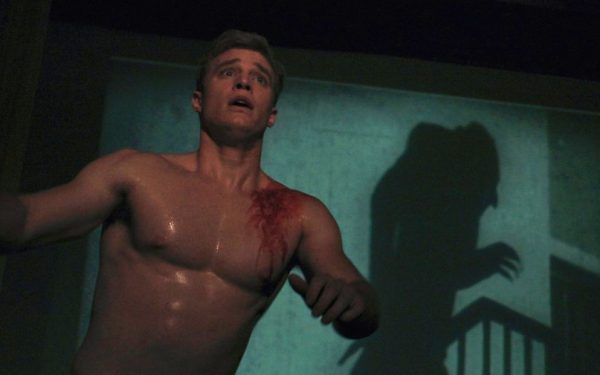 As undeniably rough around the edges as this low-fi vampire film is, co-writer-director Logan Thomas deserves credit for the sheer ballsiness of his vision. After all, how many filmmakers working at this low a price point would even attempt to pull off an extended chase between a car and a giant RV?

In the middle of the night, strangers Joshua (Josh Plasse) and Ariel (Emma Holzer) are involved in a car accident which will change their lives forever. Joshua quickly informs Ariel that he’s on the run from a vampire that’s doggedly pursuing him across the Californian desert in an RV, and seconds later Ariel finds herself pulled into Joshua’s frantic escape attempt.

Within moments of this setup being established, Thomas’ thriller influences are laid firmly bare; the impromptu couple fleeing from an initially faceless antagonist boasts shades of Steven Spielberg’s Duel, while the grungy road movie feel smacks of both The Terminator and Kathryn Bigelow’s Near Dark. 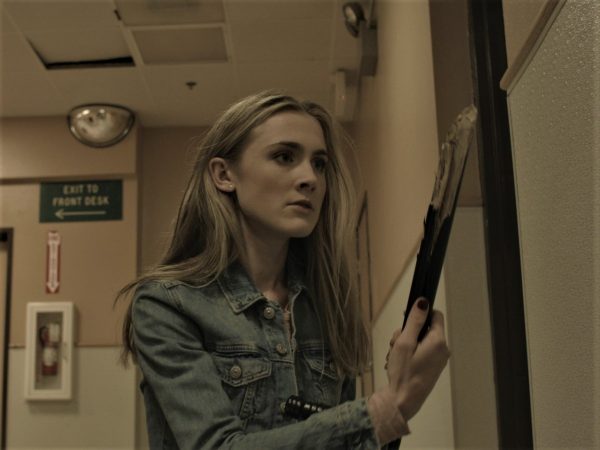 Like James Cameron’s sci-fi classic in particular, There’s No Such Thing As Vampires collides a frantic chase movie narrative with an unexpected love story, the former ultimately proving far more successful than the latter.

But what sometimes makes Thomas’ film seem more than a flashy, low-budget homage is its clear fondness for wider genre history. An early sight shows Joshua interrupting a screening of Nosferatu, and when Joshua and Ariel later hole up with one of her hipster pals, it isn’t long before the (admittedly somewhat tepid) banter about Halloween and Friday the 13th comes pouring out.

For a while, it actually seems like Thomas is going to commit fully to making the vampiric force a perennially unseen entity which best stalks the central characters in their very psyches, but this is largely abandoned in the pic’s second half, which lets loose with more literal – and, yes, predictable – horror shenanigans.

By the time the antagonist is revealed, lacking much imposing presence as it does, you might wish it had stayed cloaked. That said, a sequence in which it lays waste to a police station does at least serve as an amusing – if on-the-nose – homage to the iconic cop shoot ’em up sequence from The Terminator.

There is a propulsive yet scuzzy quality to Thomas’ filmmaking which ensures it remains pulsingly energetic throughout, if perhaps sometimes a touch too hurried for its own good. Technicals are, frankly, all over the place, with some genuinely sharp framing matched by imagery that lacks precision and detail. But at all times the movie is glued together by an appealing ’80s-style synth score, comprised of both Thomas’ own compositions and existing synthwave licks.

What keeps the film buoyant enough to be mostly adequate throughout, however, is the solid work from the two leads, particularly Emma Holzer as Ariel. Even though the inevitable romance between Ariel and Joshua feels laughably forced at times, Holzer does an especially solid job with the hit-and-miss material, while veteran character actress Meg Foster also deserves mention for her memorable cameo as a sinister nun the pair briefly encounters.

Even at 81 minutes, however, There’s No Such Thing As Vampires doesn’t quite sustain its tempo to the finish, which combined with some third-act revelations falling rather flat, suggests this might’ve been more effective as a concise short.

Watchable as a kitchen sink homage to classic ’80s genre joints like The Terminator and Near Dark, but not conceptually convincing enough to fully satisfy.