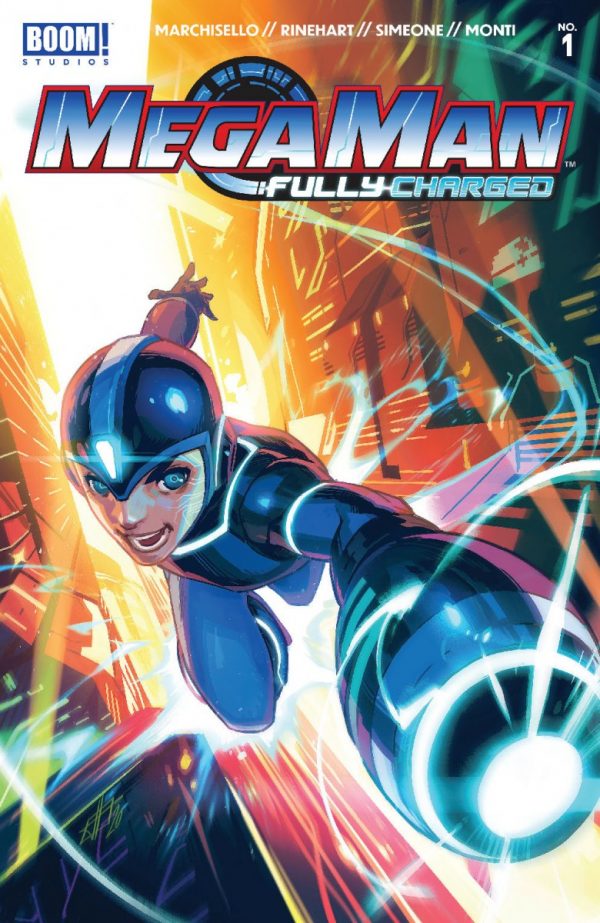 The multi-decade spanning hit series Mega Man gains a new comic based on the hit television series Mega Man: Fully Charged. Published by BOOM! Studios, this comic helps to further flesh out the world of Mega Man as he discovers a past he was forced to forget…

Issue #1 introduces us to the kid, or rather the hero, known as Mega Man as he recites his part in becoming the human savior from the robot revolution. We see his father Thomas Light travelling to the robot stronghold to broker peace with their dangerous leader Skullman.

Things take a turn for the worse as the deadly robot leader reveals they have no plans for peace and that an example is to be made. Mega Man blasts in to save the day but finds his mind warped by a nefarious tool of Skullman. After a last ditch save by the flying robodog Dash, they all return home safe. A chat with Mega Man’s human sister Suna gives some context to their quest and a mysterious new character reveals themselves. 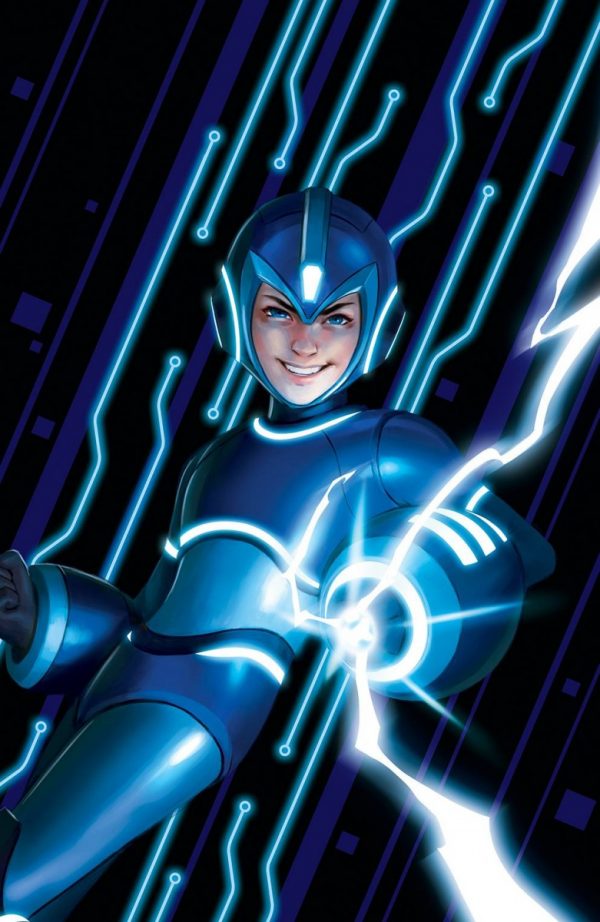 As an expansion to the Mega Man: Fully Charged universe, this feels like a darker plot than typically seen in the cartoon but the bright and expressive anime style should help keep younger folk intrigued. Speaking of which, artist Stefano Simeone brings an expressive and handsome art style to help bridge the CG graphics of the cartoon to the comic book world. This helps bring writers A.J. Marchisello and Marcus Rinehart’s story to life. There are plenty of little instances of future plot threads sneaking through and laying a good foundation for future comics.

With the eye catching front cover by Toni Infante and plenty of plot to dig into, Mega Man: Fully Charged is a solid new comic to dip your fingers into if you’re searching for a new series from an established franchise separate of the usual superhero genres.