After joining the Bosch case in the second season, Daya Vaidya quickly became a fan favorite playing Jen Kowski. Her character in the Amazon series is a political savvy, power-driven, confident powerhouse that doesn’t mind getting her hands dirty. As for Vaidya, she isn’t new to playing memerable characters. She’s also known for her roles in the CBS hit Unforgettable where she starred as Nina Inara. She’s also starred in Major Crimes, Castle, Twisted, Two and a Half Men and Dexter. Currently, Daya has also worked her magic behind the scenes. She’s now producing an indie horror and thriller film called The Locksmith starring her husband the actor, writer, producer Don Wallace. 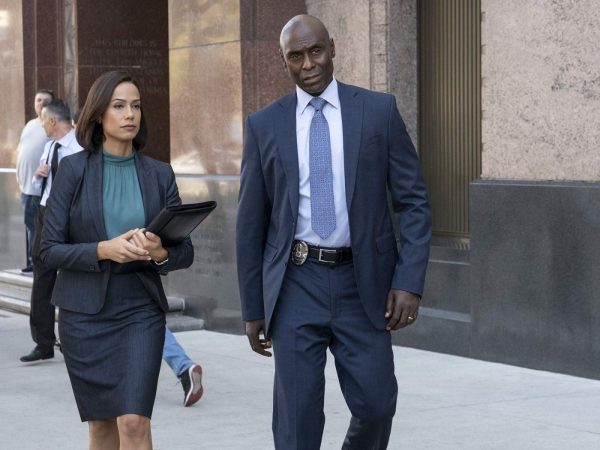 Vaidya took some time to chat with us about her upcoming project, her attraction to edgy material and the working relationship she has with her husband.

Bosch is already streaming on Amazon. How do get into the headspace to become Jen Kowski?

What are some traits you admire about Jen Kowski?

She knows how to wield power in a way that I have no clue how to do! I like playing women that are not afraid of being disliked. As actors, much of our career is spent seeking validation. It’s exhausting. Playing a woman who needs none is so satisfying!

A lot of your roles involve crime, politics and drama. Why do you feel like you fit so naturally into these roles?

I like edgy material. I grew up in a pretty tough city, so I naturally gravitate towards dramas and storylines that get to that underbelly of society. I like finding humanity in hardship. However, some may not know, I started my career in comedy! I did all sitcoms and I love that too.

Is there a hit series you’d wish you were part of?

Oh man…tons! The Handmaid’s Tale, Narcos, Billions, Black AF, Blackish, Mixedish, and so many more! TV is on fire right now! So many good shows.

You have also been producing projects, can you tell us about that?

I can tell you that we are in post-production for an indie psychological thriller and horror film called The Locksmith that was shot in the deep woods of Georgia. We have to do a few pickups and are just waiting for onset social distancing guidelines, so we can get going on that again.

How do you get ready to change roles from actress to producer? Is this preparation the same or are there different adjustments?

I’m a better actress at this point! That’s the truth. My husband is an amazing producer and he’s been teaching me the ropes. I’m getting better and better. I’m really good with scripts, story and casting. That’s my strong suit. I just have to work on the business ‘wheeling and dealing.’ Believe it or not, making the deals go through is truly an art form. 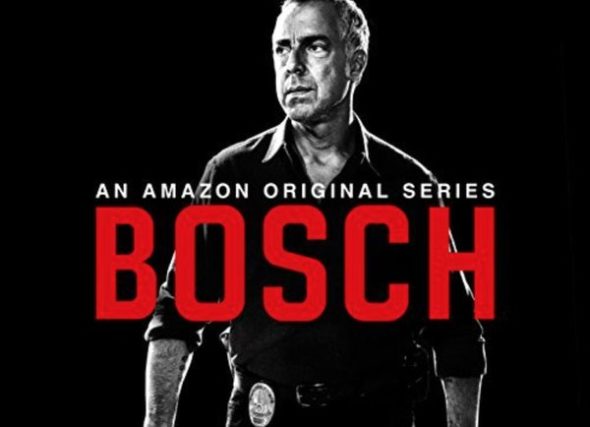 What are you watching right now?

I’m in the middle of the Ted Bundy documentary (getting in the mindset of a serial killer for our horror movies), BlackAF, my show Bosch (because I watch as a fan!) and just waiting for the new season of The Handmaid’s Tale to drop.

What else are you working on?

I am gearing up for season 7 on Bosch. We start back up at the end of July.

How is it creating art with your husband Don Wallace? Do you think it’s something all Hollywood couples should do?

I really don’t know if everyone should do it, it may cause some to divorce! Don and I met on a set working together, so I feel like it comes easily to us because of that. But we don’t really separate work and family. It’s all one. We create with the kids, during dinner, weekends, whatever…and if an idea sparks, we jump on it.

You are such a vocal voice for diversity, what do you want to see more of?

Such a complex question. I wrote a whole essay on it. Here is the last paragraph of that which sums it up:

“This is not a fight when convenient, trendy, or popular. It means fighting when everyone else has stopped; it means acting when everyone else is frozen, it means speaking when everyone has gone silent. Rising up is a way of life. It is uncomfortable. It is painful. It is a deep commitment to living for peace and justice, seeing inequality and calling it out. And ultimately, it is about coming together, all races, all cultures, all genders, as one and building a movement of solidarity and love against tyranny and hate. That is not a passive platitude, but an active call to action. Love is active. Peace is active. Through nonviolent, active resistance, we will engage, educate and change our country. We are at a pivotal time in our history and it is the time to be brave, come together and unravel the racist fabric we all have been woven into. See me. See us. See love. Black Lives Matter.”

Many thanks to Daya Vaidya for taking the time for this interview.