Co5monaut, Stas Pisarev and Badlands Publishing have released a brand new trailer for their fast-paced, real-time strategy Death Crown.  This latest trailer still maintains November as the release date which will be great news for console owners eager to enjoy the same tense, RTS experience as PC gamers currently do.  Enjoy this new trailer, and its excellent soundtrack below… 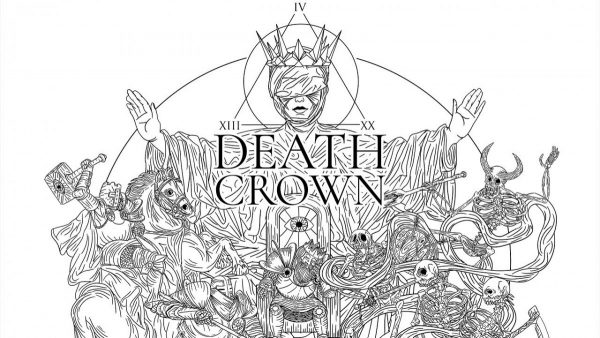 Inspired by the classic art style of games developed on the Apple II computers back in the 1980s, Death Crown takes players on a whirlwind RTS campaign that will see them play as humans, demons or undead.  There’s no second to spare to as players will need to constantly create troops, gain resources and strengthen their defences against the enemy.

Each faction has their own campaign with one ultimate goal, defeat the enemy fortress, but to do so they will need to construct mines and mills to help produce the troops needed for offensive and defensive tactics. Each campaign can take a different course and the enemies movements can change rapidly just like a chess game.  Lose focus when taking on the challenge of the 12 unique bosses and it can spell defeat.

As well as the three campaigns the game features an intense Domination Mode that has players tackling 30 hellish missions with only three lives.  There’s also the option to join a friend in local co-op or versus modes through the campaign.

Death Crown will release this November on Xbox One, Playstation 4 and Nintendo Switch and will include the two DLCs released on PC so far, Era of Human and Demonic Menace.