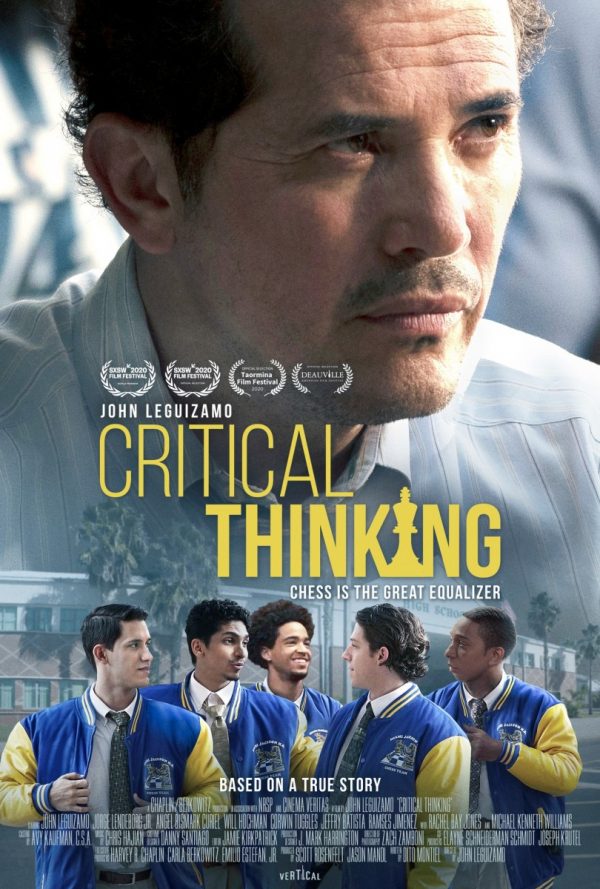 The true story of the Miami Jackson High School chess team which was the first inner city team to win the U.S. National Chess Championship. 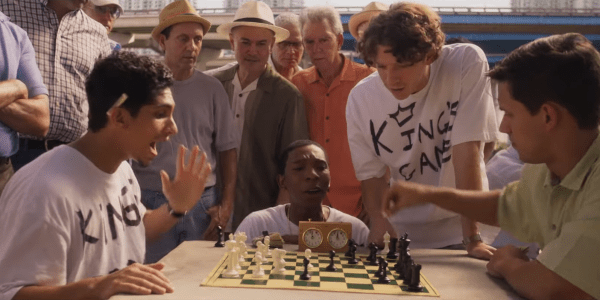 Chess is looked down upon as a high school elective course. It’s frowned upon and disregarded so much that even though the very nature of the game promotes, well, critical thinking, to the rest of the school it’s just a class where slackers and/or troubled students can take to get an easy passing mark. They, and realistically most schools, would rather fund physical sports such as football while handwaving away the fact chess is about brainpower and all-inclusive regardless of socioeconomic status. John Leguizamo’s Mario Martinez (Critical Thinking also marks his directorial debut, discounting a made-for-TV action project about a boxer) voices this frustration verbally and directly to principal Kestel (Rachel Bay Jones), and due to the actor’s always likable fiery persona and logic, it’s easy to get on board with the sentiment.

Based on the 1998 Miami Jackson High School chess team, the story also focuses on a small group of LatinX and Black students that actually enjoying chess and testing their minds whether it’s to take their minds off of the crime surrounding them or their rough personal lives which range from dysfunctional families to temptation into drug dealing as a means to hopefully escape poverty. There’s plenty of characters that make for plenty of choices and consequences, similar to an actual game of chess. 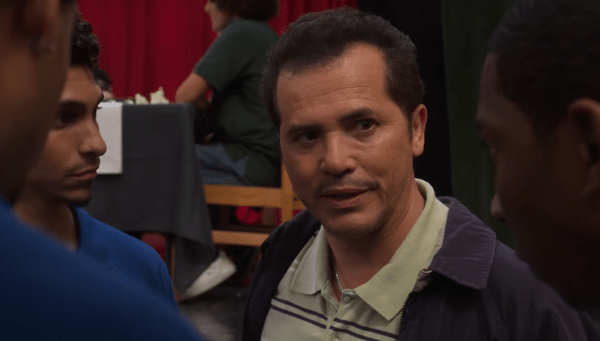 Most notable is Sedrick Roundtree (Corwin C. Tuggles) who lives with his bitter father (the reliable Michael Kenneth Williams making the most out of a somewhat underdeveloped character) that lies around the house all day grieving his tragically deceased wife while holding and staring at pictures of her (sometimes the film is not subtle.) Dad also happens to be a decent chess player himself as father and son occasionally square off (albeit heatedly; it’s far from traditional bonding) while lambasting Sedrick’s ambitions of stepping up his game and seeing as far as his team can go in the playoffs. College football players have won the Heisman Trophy and gone nowhere in life, so what are a bunch of chess trophies going to do for anyone?

That’s his father’s logic; he’s a cynical and nearly broken man. Again, there is a supremely talented actor embodying the character but limited material, and perhaps more frustratingly, like quite a few characters is just dropped from the narrative eventually. It doesn’t help that Critical Thinking has a fairly abrupt ending that is only concerned with winning and losing rather than how the success story is going to alter their lives. We don’t even get any pre-credits random facts about what any of the students went on to do in life. 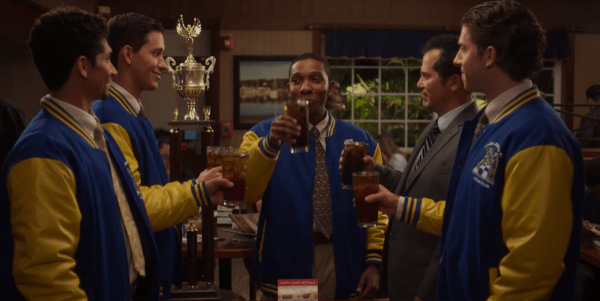 While some of the subplots are all over the place, it’s safe to say that John Leguizamo has a clear direction when it comes to not only presenting chess as a tense game (feelings heightened by wonderful music from Chris Hajian that evokes the brainiac thinking from these kids in a race against the clock making moves across various tournament matchups), but educating when it comes to the basics and specifics of the game itself, both as a director and actor. There are long sequences that can be simply summarized as Mr. Martinez lecturing on famous chess games, historical chess players, and how history itself goes beyond whatever information is being suppressed by the white people writing the textbooks. He’s such a magnetic actor that it’s easy to buy these teenagers coming from a seemingly awful part of the country that has basically nothing, engaging his cheesy inspirational speeches (it had to be an easy choice for him to play the role himself instead of casting someone). The R rating also helps, giving the students the freedom to be authentic and break out into bad habits of their own (at one point they try selling drug-laced bakery treats to raise funding to travel to one of their tournament games.)

It’s a delight watching these impoverished students battle uphill against all odds becoming a success story; it doesn’t feel like overdramatic feel-good nonsense, likely because John Leguizamo knows how to mix the bleak reality of ghetto life into uplifting sports drama. There’s definitely a few more characters than necessary and one or two plot threads that could use a little more, but what’s in Critical Thinking is intelligent enough and succinctly portrays chess as a metaphor for life. John Leguizamo has always been a terrific character actor, so it brings joy to report that his timely chess club underdog directorial debut comes with spirit and bite.