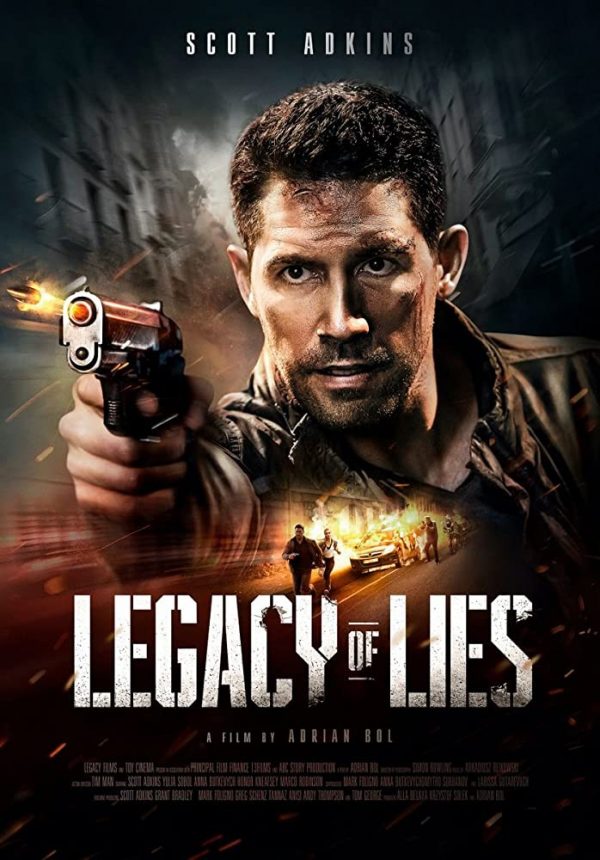 An ex-MI6 agent is thrown back into the world of espionage and high stakes to uncover the shocking truth about operations conducted by unknown secret services.

The main man of action, Scott Adkins, returns with another film. With a prolific output in recent years, Adkins has managed to establish himself as a leading force in the DTV action arena. The films might not have the budgets associated with big Marvel blockbusters, but Adkins consistently delivers bang for buck, and does so with a consistent special effect…himself. When a Marvel hero beats up an array of enemy soldiers thanks to a helping hand from CGI, stunt doubles and wires, a lot of elements combine to give the illusion of bad assedness. When Adkins is on screen, he’s delivering the goods. Like the action titans of yesteryear, he’s the real deal and he’s kicking it (delightfully) old school.

In Legacy of Lies, Adkins takes a temporary break from his creative partnership with director Jesse V Johnson. As a pair they’ve made some excellent action films and that pairing brings with it a safe assurance. Coming into Legacy of Lies, with writer/director Adrian Bol brings an air of mystery. Here, Adkins plays an ex-MI6 agent haunted by the death of his wife after a mission gone wrong. Cut to present and he’s a single dad with a precocious 12 year old daughter. He takes his daughter to his underground MMA fights and ignores her tactical advice on how to win. He also takes her out to abandoned warehouses to practice shooting. They live a nomadic life, always trying to keep one step ahead of the past. However, things catch up with Adkins as his old MI6 cohorts, the daughter of an old Ukrainian colleague and a nefarious Russian woman pressurise him to find a file deemed lost from his previous mission. 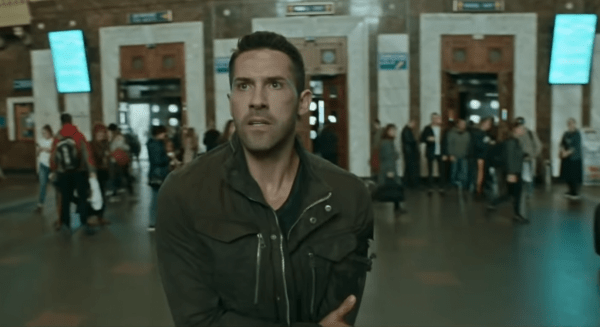 Playing like a mix of Bourne, Mission: Impossible, Hanna and shades of Commando, Legacy of Lies flits between espionage thriller and straight up action, never quite firmly enough in either. The father/daughter relationship is a little far fetched to begin with, but ultimately develops well and carries the story through. Adkins has grown as an actor over the last five years, and whilst he’s had more testing work, he’s very assured here. As his daughter, Honor Kneafsey has the most engaging character in the film, and she delivers an excellent performance, giving a lot of heart to the film. She’s definitely a star in the making and lets face it, the precocious kid in an action film can often be a death knell. To Kneafsey’s credit (and Bol) they make it a huge benefit. It’s good to see an action film too with significant and developed female characters too. Anna Butkevich is an interesting villain, who mixes stoic ruthlessness with an unexpected softer side, and Juliia Sobol is also good as the moralistic reporter looking to take Russia to task for underhanded chemical attacks. Certainly the film has an underlying political message that is fairly prescient given consistent allegations of Russian interference and chemical based assassinations on foreign soil. It’s pretty brave as a subject and not something you’d likely see from a large studio picture.

The film looks great. It looks bigger than its budget suggest thanks to Bol’s sure hand and some gorgeous photography from Simon Rowling. It looks every inch the spy film evoking Tinker Tailor Soldier Spy and Mission: Impossible, backed up by a nice score from Arkadiusz Reikowski. Importantly too, as this is an Adkins starrer, the action is good. One would imagine Adkins had an element of power over the fight sequences, and bringing in Tim Man to choreograph (they’ve worked together a number of times) proves a shrewd touch. On that front, it certainly didn’t disappoint. 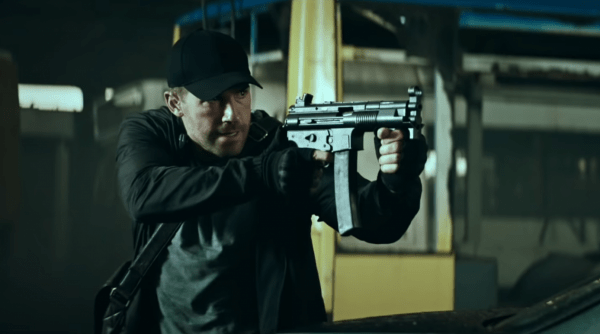 Overall the film never quite wants to jump fully into being a brooding Euro thriller, often falling back on straight up action beats (though they do become welcome). The plot is simple, opting for a good old fashioned McGuffin among all the duplicitous characters you normally get in an espionage thriller. In fact the genre in itself is out of fashion seemingly, which is a shame (I love a good Euro-Spy thriller). So though this didn’t quite land some of those Melville-esque marks, it still felt like a welcome paddle in those waters, and it’s almost become a straight to video enterprise for this genre generally. For Adkins fans it will tick the action boxes, without having quite the instant cult potential of Undisputed 2-4, Avengement or Accident Man. Importantly though, it’s another film where Adkins hits the right notes more often than not and delivers something with a mark of quality that many of his contemporaries are regularly failing to hit.