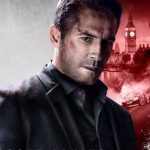 Lionsgate has released a trailer for writer-director Adrian Bol’s upcoming thriller Legacy of Lies which stars Scott Adkins as ex-MI6 agent Martin, who finds himself thrown back into the world of espionage when a journalist (Yuliia Sobol) asks him to help uncover the shocking truth on the operations conducted by unknown secret services; watch the […]