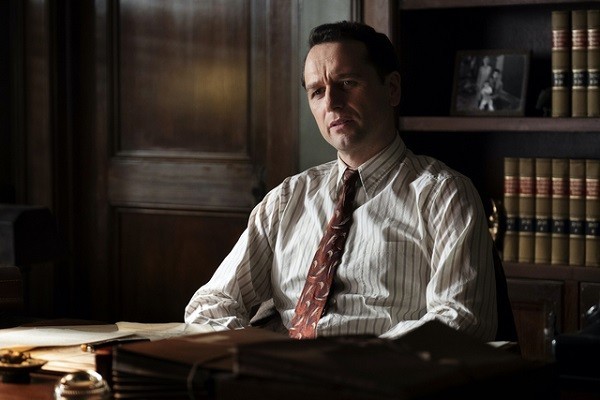 This is the finale we deserved with the outcome we were banking on. A narrative Penrose steps of perpetual complexity which repays in spades those who lasted the distance. This permanently silenced those doubters who lost faith until episode five, but have remained euphoric ever since. Plot points were drip fed in between cross examinations, whilst these writers audaciously wrong footed their audience proving that clever writing trumps visual distraction any day. Not to mention the transformation of a genuinely grizzled gumshoe into an advocate for truth, justice and anyone up against it.

There were great closing speeches, murky revelations and the kind of honesty which Perry Mason needed to work. Miscommunication flourished, new rules got laid down and karmic levels of pay back provided satisfaction. Not only do the court scenes feel earned, earnest and not in the least overblown but there are no loose ends. Resolutions got delivered across the board while relationships were expanded either visually or verbally. This Perry Mason faced off against the district attorney and held his own, while Matthew Rhys gave this Mason his own brand of pathos. 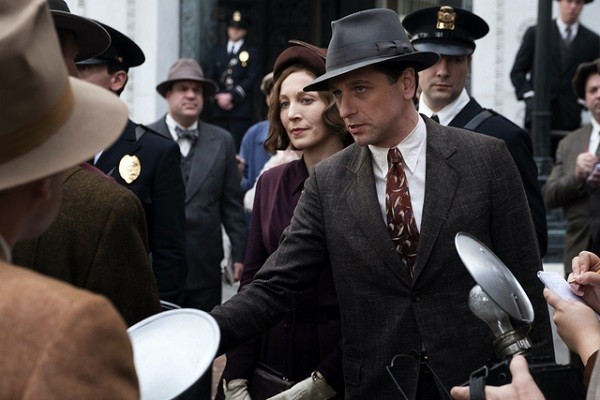 Where the finale really comes into its own however is through carefully placed silences, sitting in direct opposition to blatant acts of perjury. Emily Dodson in comparison to Officer Ennis highlights extremely clever editing alongside pitch perfect performance. That is ultimately what raises this period piece above its contemporaries, through an attention to detail and ear for nuance which lends everything an enhanced sense of reality. There are moments of verbal bluster and devastating detail but at no point does Perry Mason resort to grandstanding.

As the injustices are revealed we are simultaneously complicit and culpable, automatically siding us with Mason against a wealth of insurmountable obstacles. This is what entertainment should amount to in a drama where morally upstanding characters defy expectations. Other critics might quibble about it being too mainstream, others might question the need for a show which trades on tradition, convention and recognised genre tropes. My feeling is that when something is done well it need not necessarily be life changing. Sometimes you need the televisual equivalent of comfort food which delivers without any need for bells and whistles. Perry Mason does just that and HBO should be commended for it.