Sideshow and Prime 1 Studio have unveiled the 1:3 Museum Masterline Batman Verse Joker Dragon deluxe statue, Prime 1’s second offering from the Dark Nights: Metal comic book series after the Batman Who Laughs Versus Batman statue. The DC collectible is available to pre-order now, priced at $1,759; check it out here… 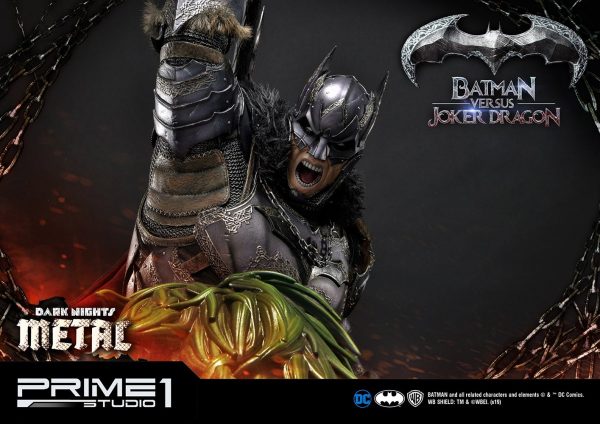 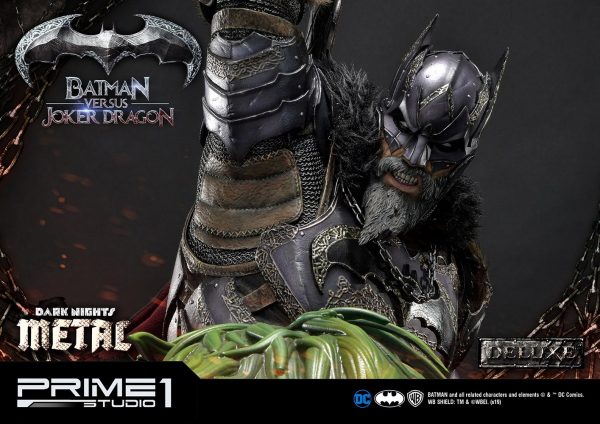 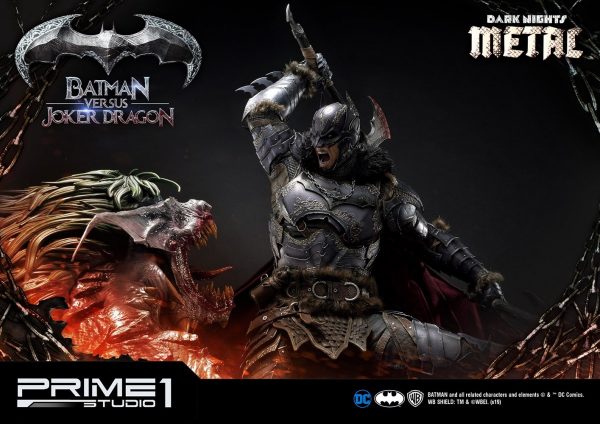 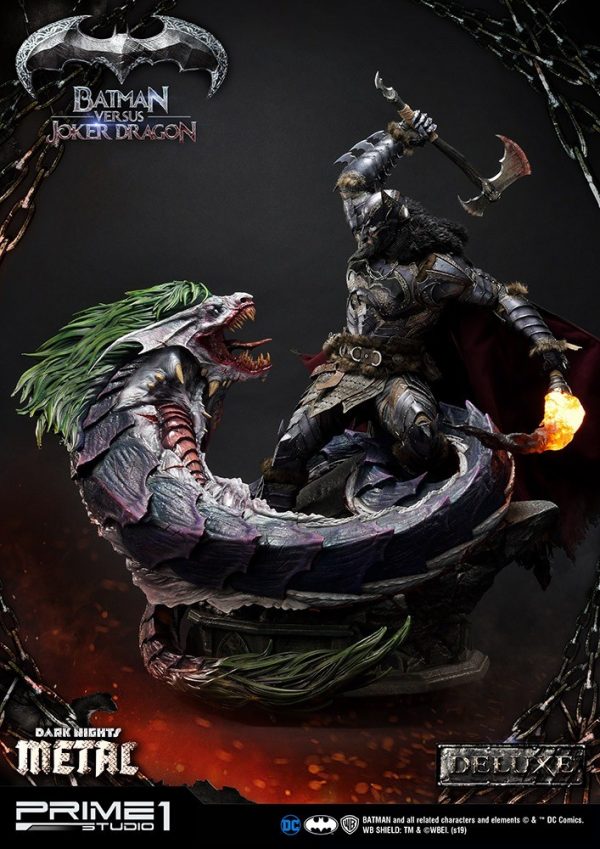 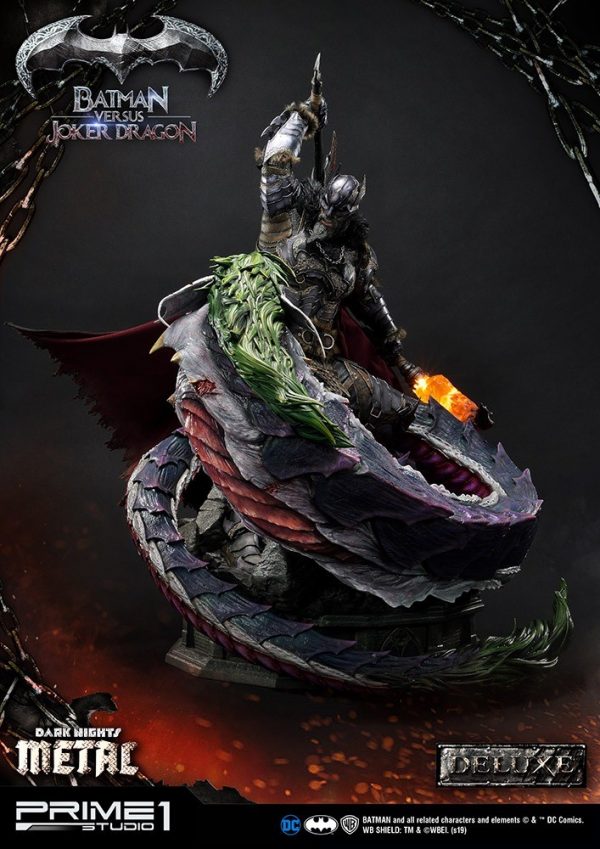 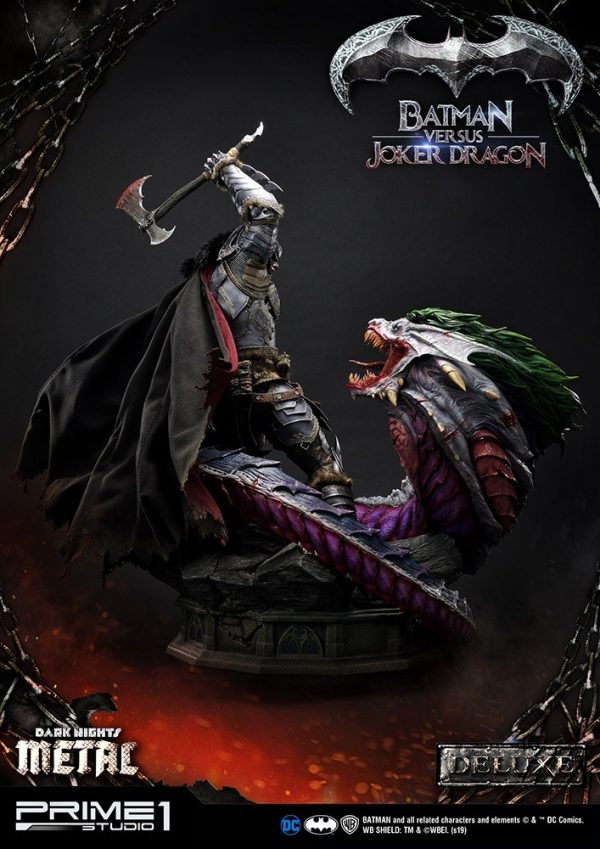 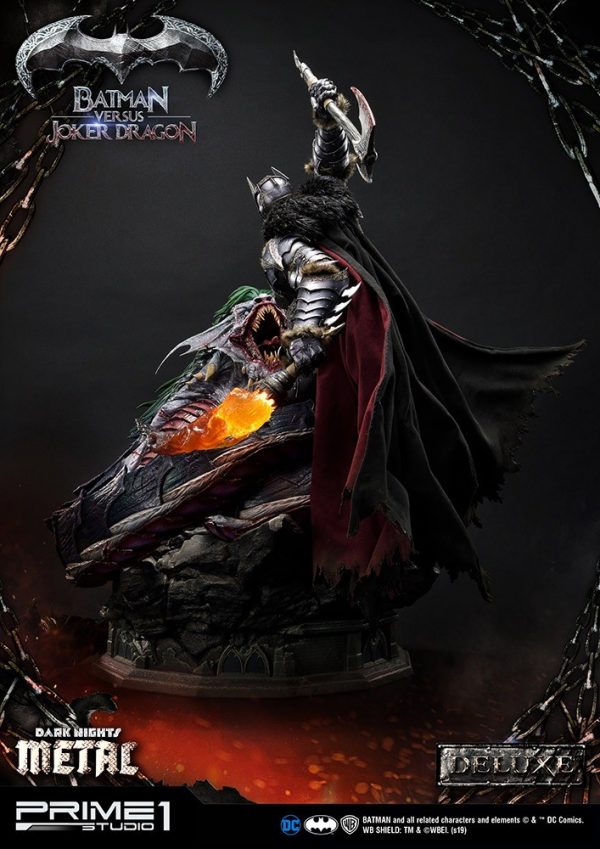 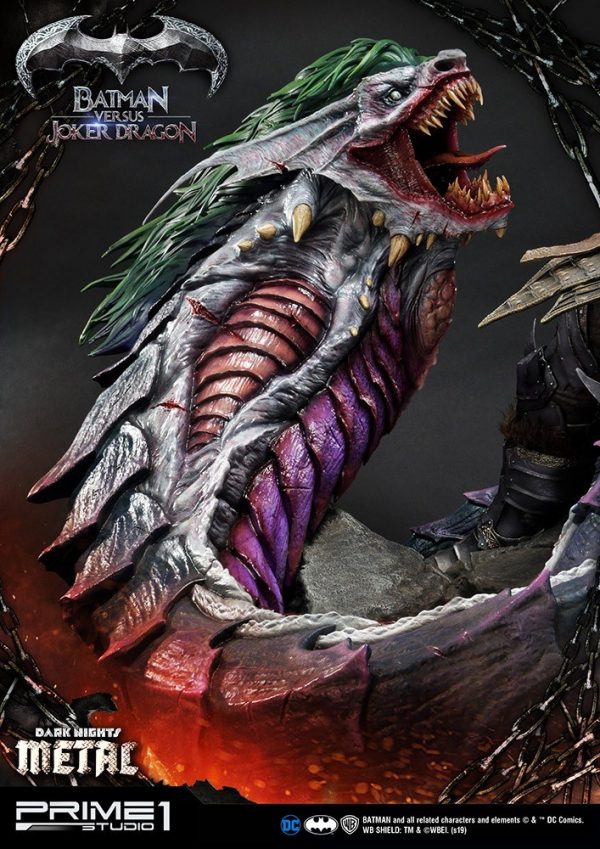 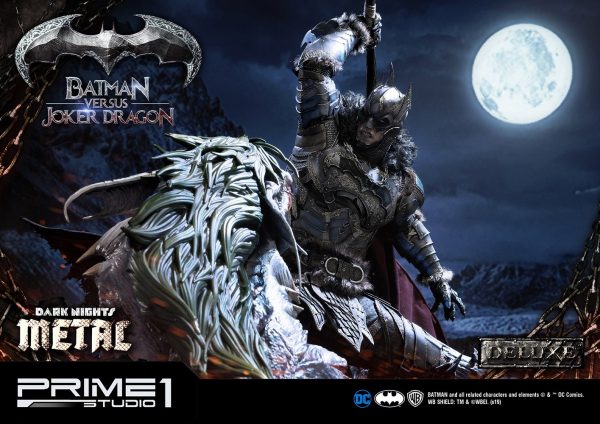 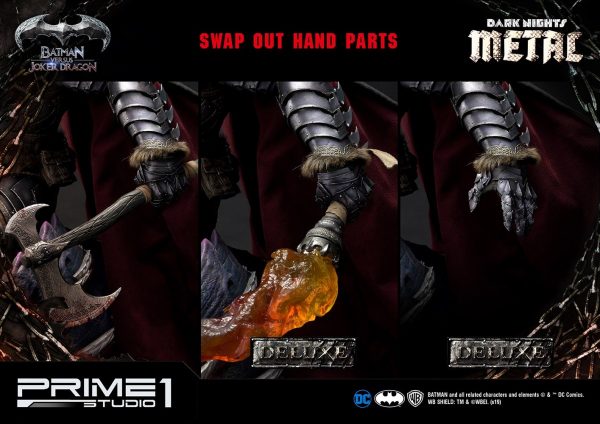 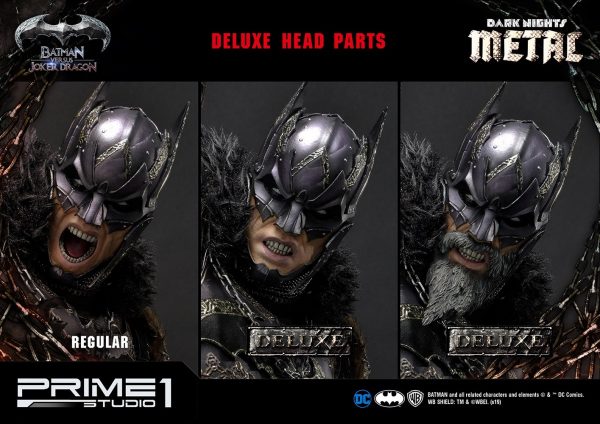 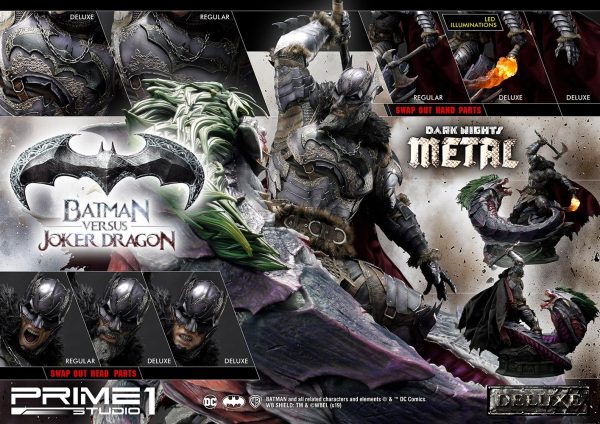 Prime 1 Studio is excited to present the second product of Dark Nights: Metal comics series: Batman Versus Joker Dragon (Deluxe Version) Statue. The story involves Batman discovering a dark multiverse that exists beneath the core DC multiverse. Eventually he discovers seven evil versions of himself from the dark multiverse that are led by the dark god known as Barbatos.

We created an epic statue of a Batman in a Knight Armor fighting a Dragon with Joker’s characteristics. It is a beautifully crafted diorama with an exceptional attention to details starting with faux fur elements of Batman’s armor and ending with a very realistic texture of the statue. The statue tells us a story of a bloody and fierce battle full of naturalistic features.

The Batman Versus Joker Dragon Statue stands approximately 34 inches tall and it is a must have for all DC Comics Dark Nights: Metal fans! A great piece to add in your collection with Batman Who Laughs from the same series.