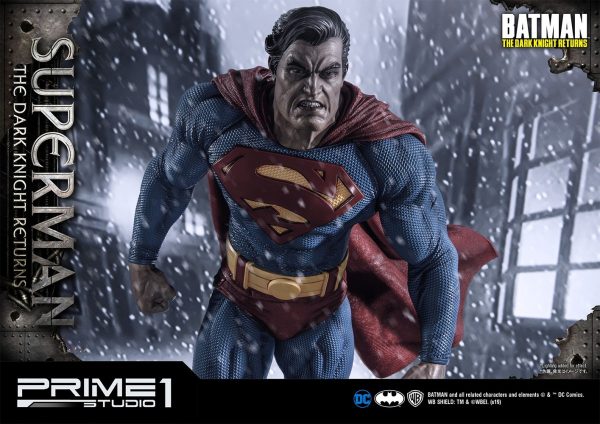 Sideshow and Prime 1 Studio have revealed the 1:3 scale Superman deluxe statue which is inspired by the appearance of the Man of Steel in Frank Miller’s classic comic book Batman: The Dark Knight Returns. The DC collectible is available to pre-order now, priced at $1.099; check it out here… 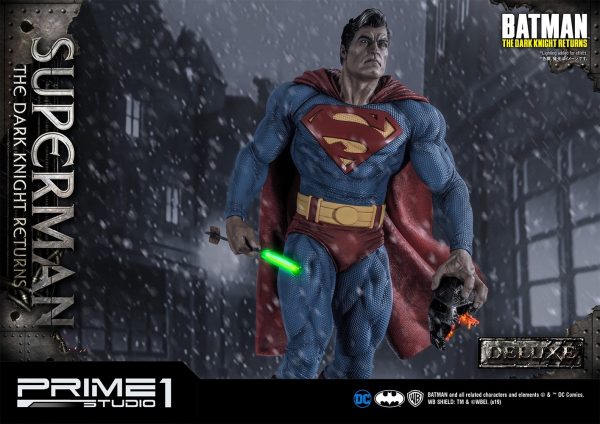 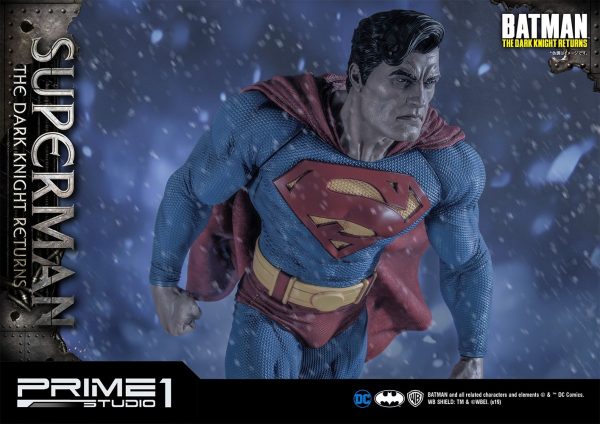 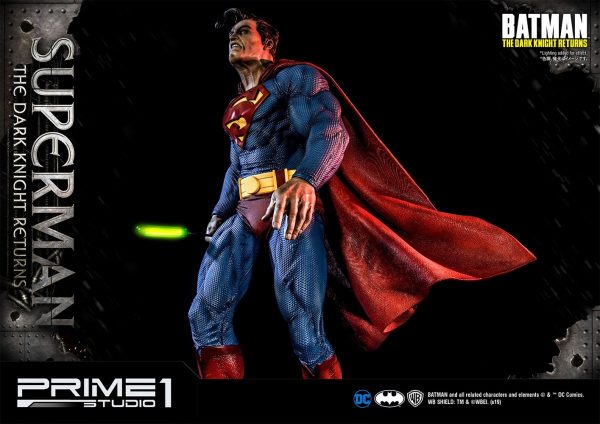 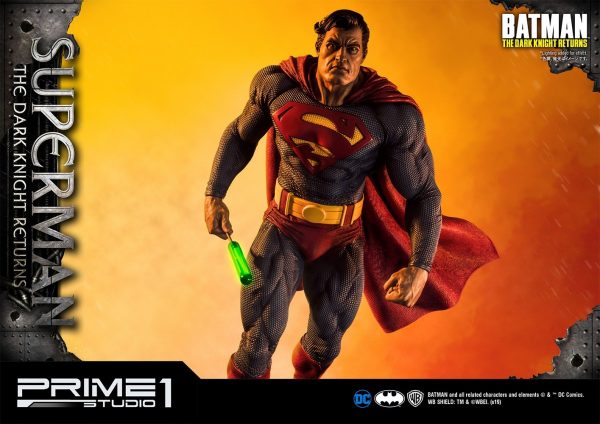 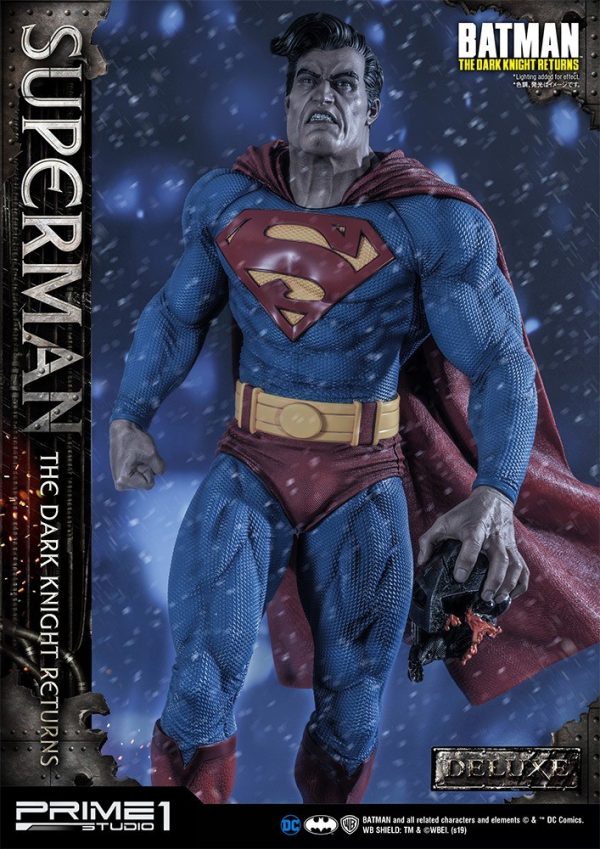 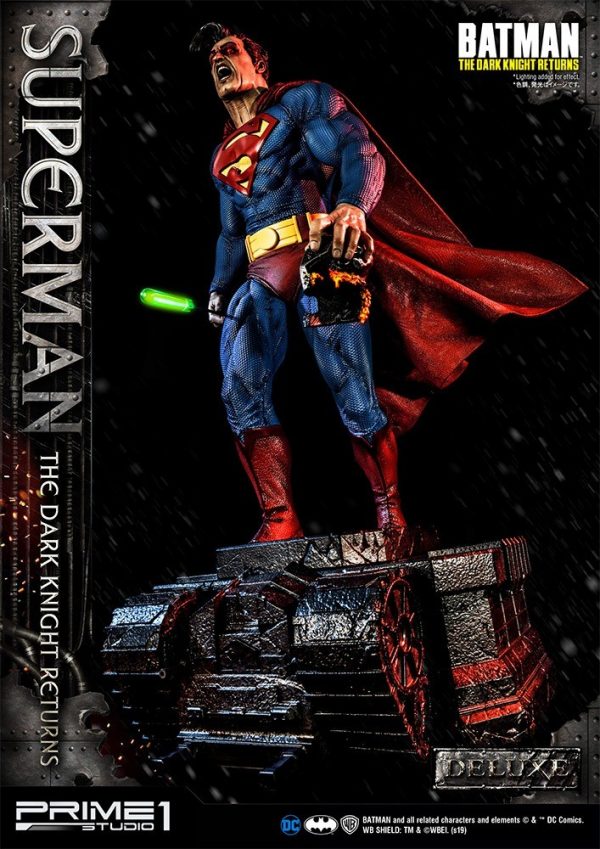 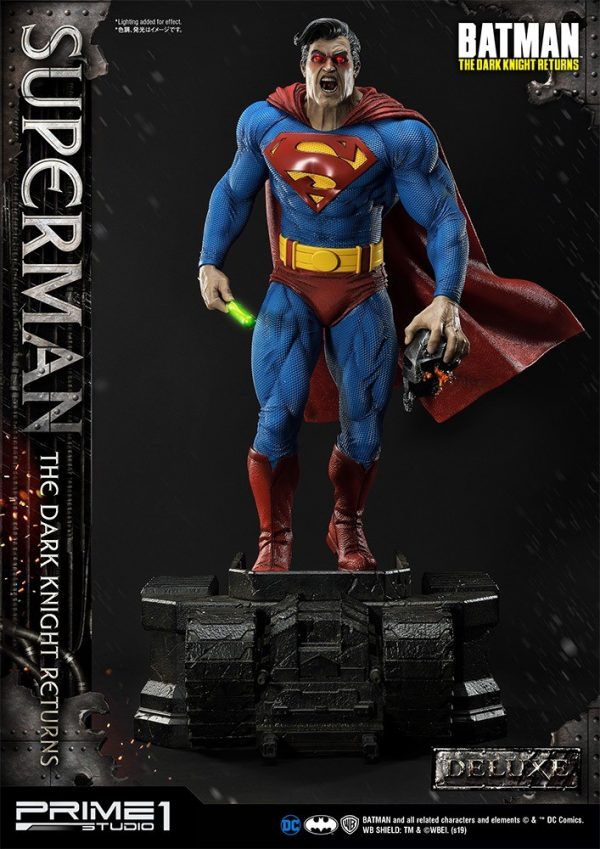 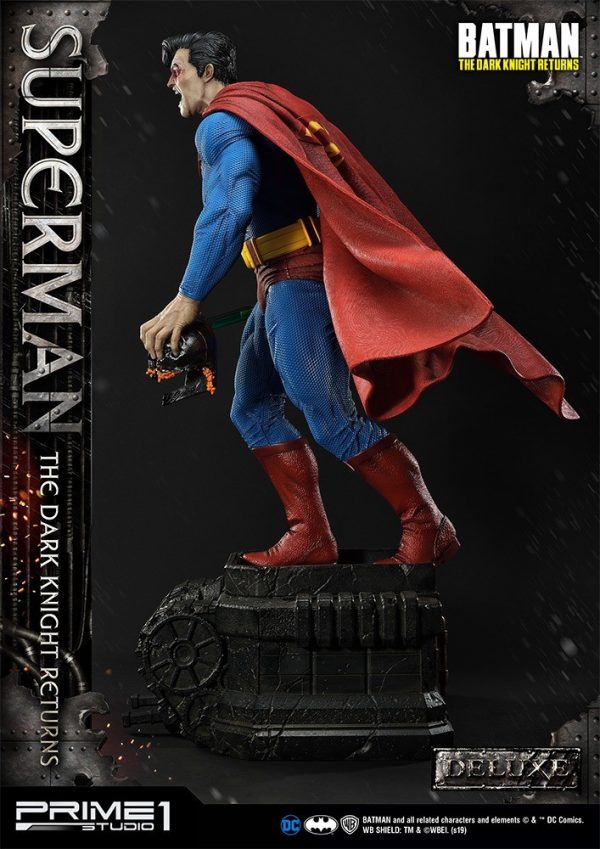 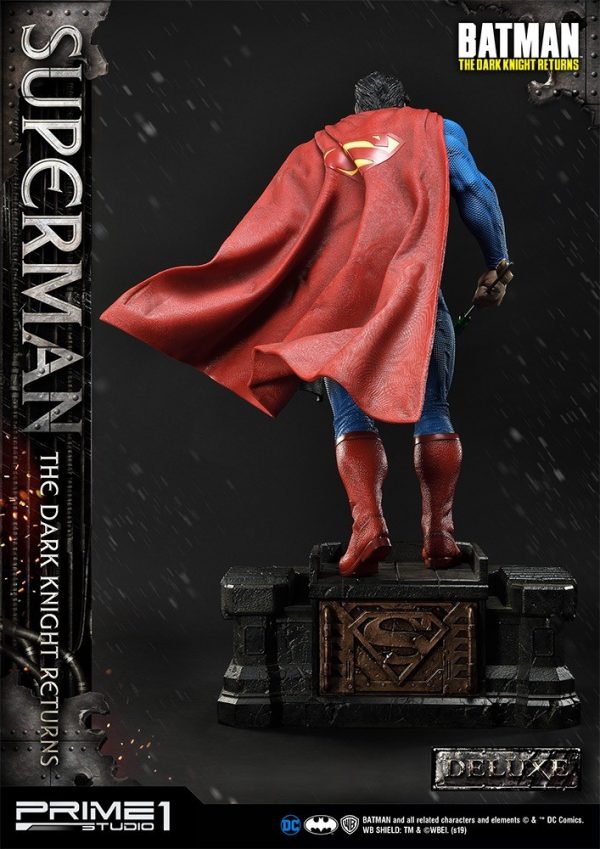 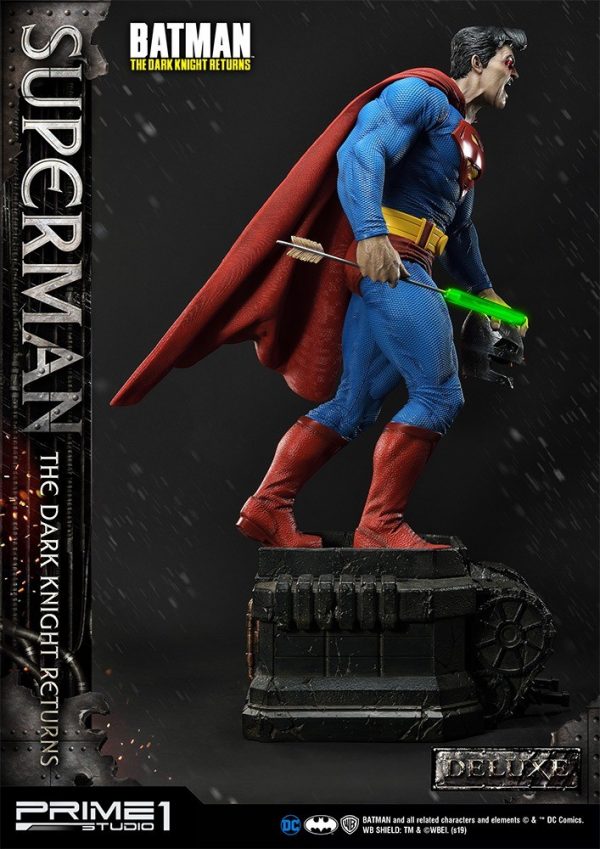 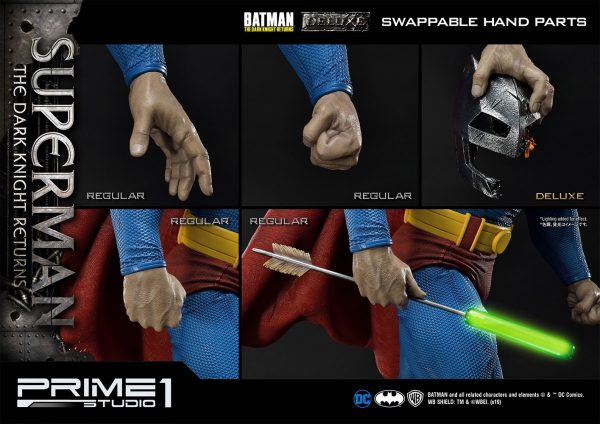 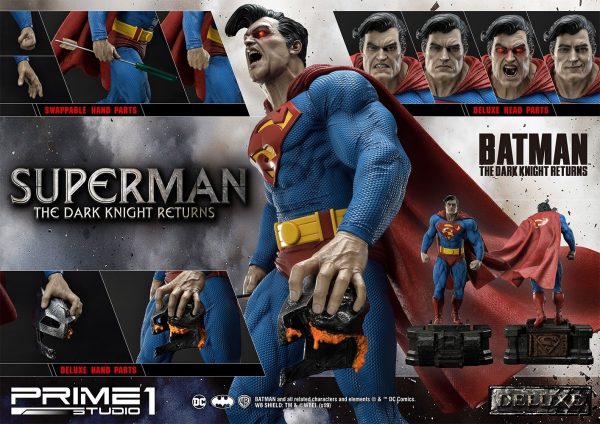 Batman: The Dark Knight Returns is a Batman comic book miniseries written and drawn by Frank Miller and published by DC Comics from February to June 1986.

The Superman Statue has a sculpted blue costume with textured elements and red and yellow accents, including the beautifully crafted iconic red cape. Sculpted with great attention to details different facial expressions tells the history of war and hardship that Superman needs to confront. It also comes with a Kryptonite Arrow which was fired by Oliver Queen/Green Arrow in the story. The base is inspired by the image of the Bat-Tank that appeared in the story as well.