Ancient Rome and its gripping history has inspired multiple creative works from across all genres, including film, literature and television. Gaming fans however can also enjoy a rich tapestry of titles both loosely and faithfully based around Roman history. Here we run down some of the standout games inspired by both Ancient Rome and more modern Roman history. 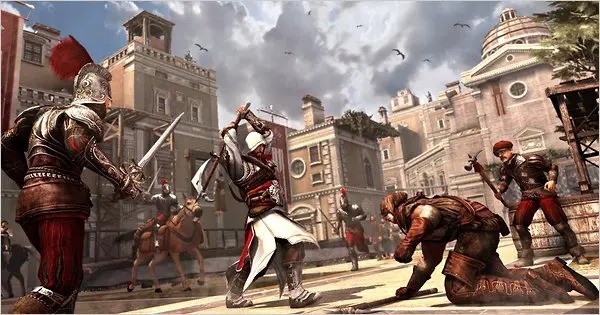 The Assassin’s Creed series is a goldmine for video game fans who hold a joint interest in history, although the accuracy of some games in the series has been subject to debate. From the eponymous first title, set in the 12th century Crusades, through to the most recent Assassin’s Creed Odyssey taking place against the backdrop of the Peloponnesian Wars of Classical Greece, the series has been a trailblazer for historical fiction in gaming.

Assassin’s Creed: Brotherhood takes its inspiration from the more modern history of Rome, set in the 16th century, but homage is paid to the fables of Roman antiquity, and the appearance of legendary figures including Leonardo Da Vinci and the menacing Machiavelli are sure to get the hearts of history fans racing.

The legendary 2004 strategy game won a plethora of praise from critics on its release, and is considered by many to be amongst the greatest video games of all time. Its setting spans both the final few centuries of The Roman Republic, and the beginning of the all-powerful Roman Empire. Real time battles coupled with diplomatic and political manoeuvring makes this game the closest we can come to inhabiting the life of a real Roman general. Two expansion packs, Alexander and Barbarian Invasion give players even more historical content to get their teeth into, and the 2013 sequel, Total War: Rome II lets would be Centurions continue their conquests. 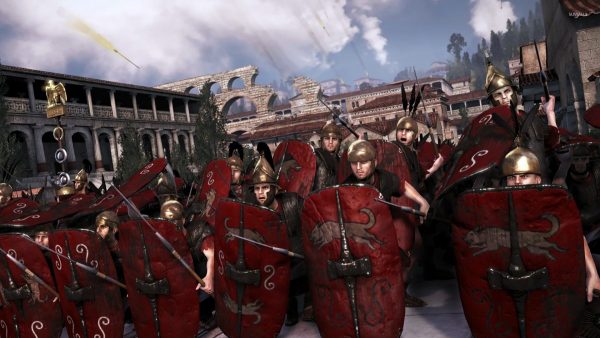 Given the growing penchant in the gaming world for all things Ancient Roman, it is little wonder that this theme has infiltrated the world of online casino gaming too. Maximus, the engaging slot game which can be played at the appropriately named Caesar’s Casino, puts players in the sandals of Flavius Magnus Maximus Augustus, thankfully known as Maximus for short. The story centres on Maximus’ desires to become Emperor, taking his fearsome army with him. Roman themed symbols and reel modifiers make this a great option for slots fans who have a thirst for history, and players can take advantage of a Caesars Casino bonus code to the play the title for free before they decide to wager with real money.

Another real-time strategy game released in 2009 for the PC, Grand Ages: Rome follows a similar historical trajectory to Total War and challenges players to build a powerful family dynasty whilst working in tandem with great figures from Roman history, including Emperor Cicero and Mark Anthony. Whilst not garnering the same praise in the coliseum of critical opinion, Grand Ages: Rome is a fun city builder which will satiate the hunger of Rome loving gamers.