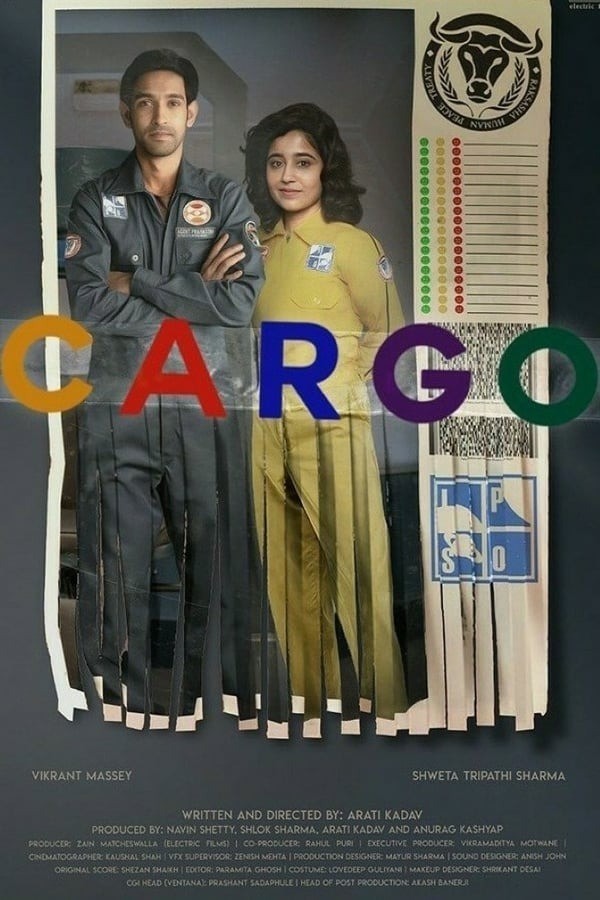 Alone on a spaceship, a demon awaits the arrival of his cargo – deceased humans from earth who he prepares for re-incarnation.

Religious beliefs about the afterlife can be a tricky subject to navigate for a filmmaker, and for the most part, it is a subject avoided altogether. Cargo not only openly posits the idea of reincarnation from Hinduism, but creates a reality in which the concept is taken as fact.

Imagining a world where superpowered demons have made a treaty with humans, and now work on spacecraft to ensure the easy transition of humans from one life to the next, Cargo wastes no time in debating the philosophical ramifications of this setup. The setting is purely contextual, the beliefs it is built on less important than the events taking place. With significant success, director Arati Kadav amalgamates science fiction and fantasy, yet the underlying story is about as human as they come.

Prahastha was one of the first demon astronauts to assume the Charon-esque role, though after nearly 75 years, his job has approached Einstein’s definition of insanity. Prahastha receives the newly deceased, confiscates their earthly belongings, heals them, erases their memory, and sends them on their way. Quietly and resolutely carrying out his repetitive tasks, Prahastha’s world is shaken when he receives an assistant from Earth – a recent graduate, Yuvishka; top of her class, with the power to heal at will.

The clash of ideology that ensues is rather predictable: the older veteran reacting poorly to the fresh ideas of the upstart, with the two gradually reaching a middleground. This plotline sees Cargo at its weakest, following a formula that has been applied times over; from the 1958 Grant/Day vehicle Teacher’s Pet to Jason Reitman’s Up in the Air. The film fails to dive deep enough into each character past these stock roles, or to properly explore how Prahastha’s prolonged isolation has affected his psyche. 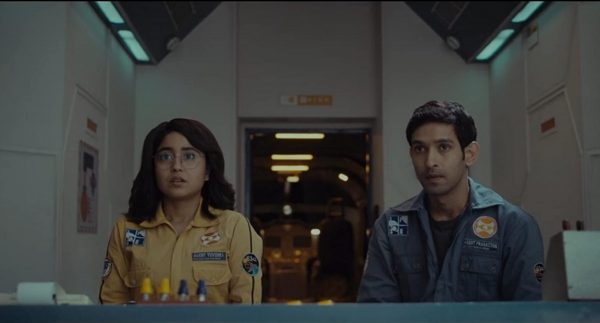 Outside of the central storyline, there are sparks of magic in the film’s wonderful originality. With diversions to see the final and fatal actions of the cargo’s before arriving on the spacecraft, Kadav employs sardonic comedy to savagely brilliant effect. The addition of Ramchandra Negi, the International Loneliness Detective, is an inspired choice, if only he was seen more throughout. All the while, Shezan Sheikh’s magnificent score betrays Cargo’s scale, bringing a feeling of grandeur that would be more at home in an action fuelled space opera. Yet somehow, it only adds to the overall jubilance of the theme of humanity; it feels joyfully perfect.

These elements of the film demand a better central plot from Cargo, though even here there is occasionally something astounding. In particular, a scene between Prahastha and an old flame speaks volumes through their stunted communication; of missed opportunities and long gestating regrets. Kadav succeeds in moments here and there, but the overall film lacks consistency. The world of reincarnation and demons that she has created in Cargo is fascinating, and the film leaves so much unexplored. There is probably enough left for a series of films set here, so long as Kadav can find a more interesting tale to match her wild originality.