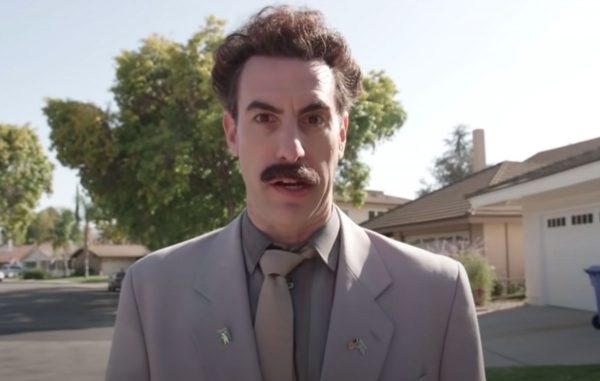 Earlier this month it was revealed that Sacha Baron Cohen has secretly shot a new movie which sees him returning to the role of Borat Sagdiyev for a sequel to the smash hit 2006 comedy Borat! Cultural Learnings of America for Make Benefit Glorious Nation of Kazakhstan – and it seems we don’t have long to wait until we see it.

As revealed by Variety, Borat 2 has been picked up for distribution by Amazon Prime Video, and while it doesn’t have an exact premiere date just yet, the streamer has said that it will debut ahead of the 2020 Presidential Election in November.

And speaking of the election, the “official” Twitter account for the Republic of Kazakhstan shared a teaser video from Borat congratulating Donald Trump for his performance during yesterday’s debate with Joe Biden.

Congratulation to great friend of the Kazakh people @realDonaldTrump for winning debate today! Impressive and amazing result for a strong premier who always put America and Kazakhstan first! pic.twitter.com/qLljQ8b5UU

Finally, although reports are circulating listing the new movie as being titled Borat: Gift of Pornographic Monkey to Vice Premiere Mikhael Pence to Make Benefit Recently Diminished Nation of Kazakhstan, we’ve been told by publicists that this information is inaccurate, and a new title will be announced soon.

Are you looking forward to seeing Sacha Baron Cohen’s return as Borat? Let us know on our social channels @FlickeringMyth… 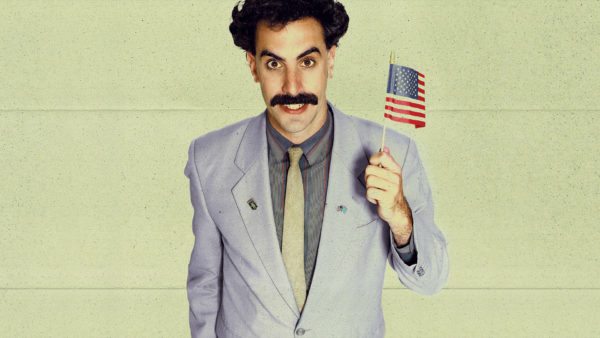