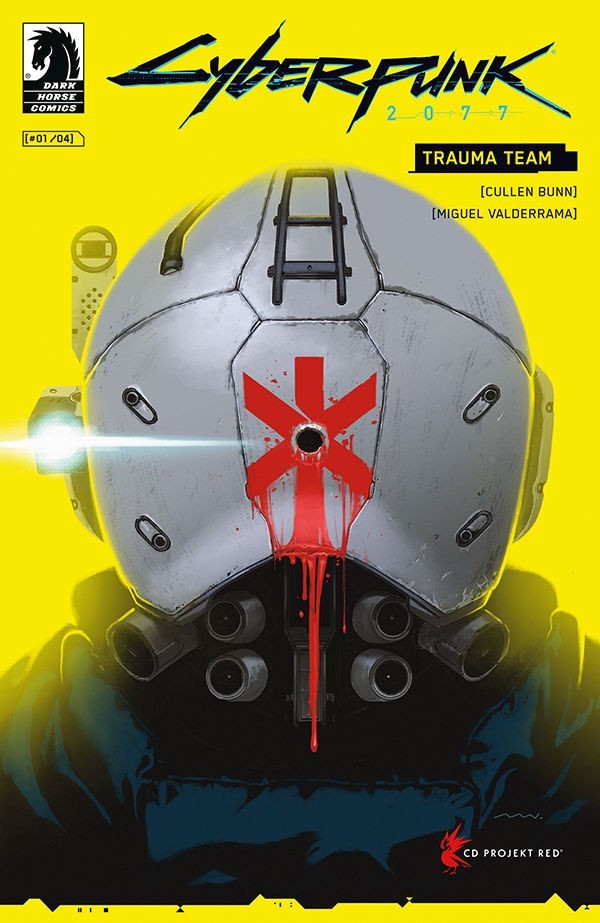 The most hotly anticipated video game of the year may be getting delays, it may be teasing us with developer documentaries on a regular basis up until release, but the one thing we have not been able to get yet is our first hands taste of the world we are going to be inhabiting in Cyberpunk 2077… until now.

Dark Horse’s Trauma Team comic takes place in Night City where the game will be set, and we focus on the aforementioned team, or rather Nadia – a type of high security paramedic/fixer squad used to get high paying customers out of situations.

The issue opens with Nadia having a mental health evaluation and recounting the events of her last mission, and we are very much thrown into the world at this point. The mission hits some snags and we get a real glimpse of how dark and violent an experience we are going to get in this series. The retelling of the story does not explore every gory detail, though you do gauge how terrified this member of the team must have been with the experience.

The comic’s final pages reveal a job that could look like a test of Nadia’s mental health, yet she pushes forward with the team to complete the mission. Only we are greeted by a massive curve ball in final panels, leaving the reader on a perfect cliffhanger to guarantee we are coming back for another issue. 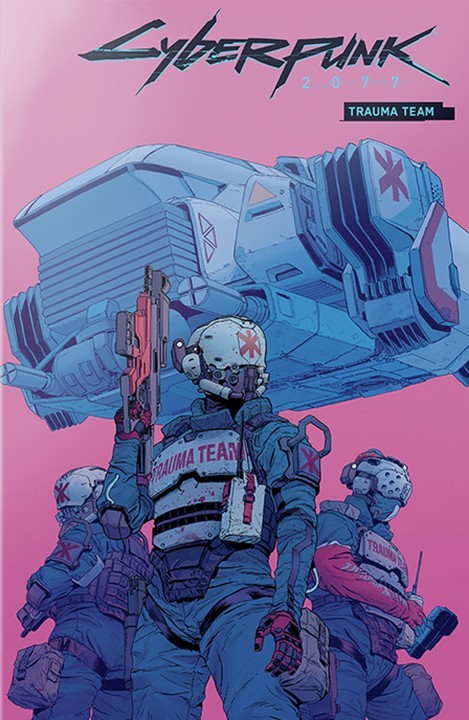 The art is phenomenal in this comic, where scenes of open streets might be familiar to people who have watched “lade Runner,Altered Carbon” or any of the other metropolis-type cyberpunk media. The neon filled streets are not a million miles away from some streets you would find in our major cities already, yet the populace’s attire is what gives us a sense of the fact we are not in Kansas anymore.

The very first frame of this comic has more world building in place that most videos games bother to try and explain. The comic team have obviously worked closely with the team at CD Projekt Red to link their visions together to create something that now only flows smoothly alongside the game, but organically grows from its vision.

I might be slight biased, but I loved this issue from start to finish, and the very distinct art style only enforces what hype I had built up for the game. The comic is almost the stop gap between the original Cyberpunk 2020 Tabletop Role Playing Game and upcoming Cyberpunk 2077 video game. This is definitely going to be an emotional journey of blood, neon and bullets.