Codemasters has announced that they are pushing back the release date for the upcoming DIRT 5 to 6th November.  This revised release date will enable Codemasters to release all platforms in a shorter timeframe with the next generation of consoles at the end of the year. 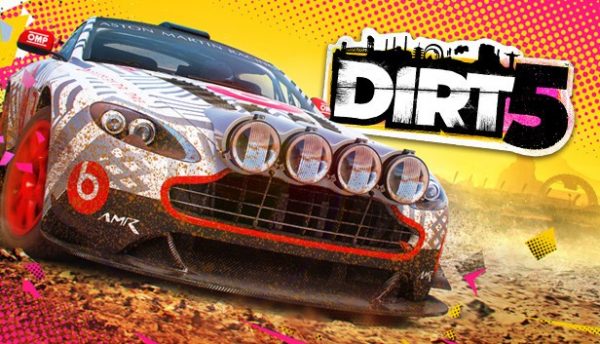 DIRT 5 takes players around the world to race on over 70 unique routes through 10 different locations such as New York, Rio de Janeiro and Norway.  Race over a variety of different surfaces, from snow and ice to gravel, in a range of different cars, including iconic rally cars, buggies, muscle cars, trophy trucks and more.

In a story driven career mode, players will earn sponsorships, earn rewards and become the new star of the track.  For those who prefer to compete or co-operate with others the game features local split screen for up to four players offline and race playlists for up to 12 players online.

Players will also be able to show their creative flair with the franchise’s most thorough livery editor allowing limitless customisation.  A detailed Photo Mode will also allow racers to capture their most exciting jumps and moves.

“DIRT 5 has received widespread critical acclaim, culminating with it receiving the gamescom 2020 Best Racing Game Award,” said Frank Sagnier, Chief Executive Officer at Codemasters. “The revised launch date will allow us to take advantage of the next generation console launches which are expected in time for the holiday season.”

DIRT 5 will release on Xbox One, PS4 and PC on 6th November with next gen’ console editions releasing later in the year and a Stadia edition arriving in early 2021.