Hot Toys have unveiled the Life-Size Masterpiece Series Venomized Groot collectible figure which is based on the likeness of the character in the animated Marvel series Spider-Man: Maximum Venom; check out the promotional images here… 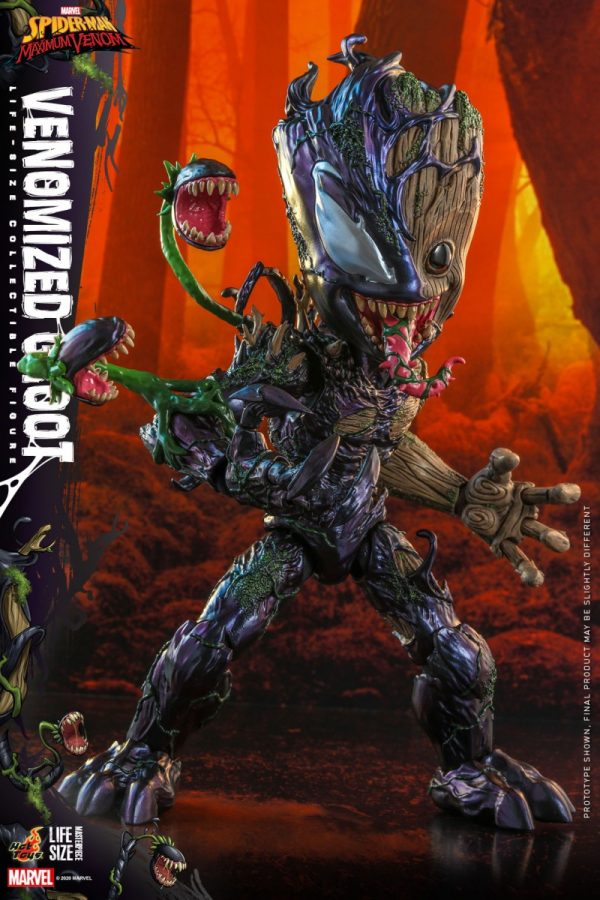 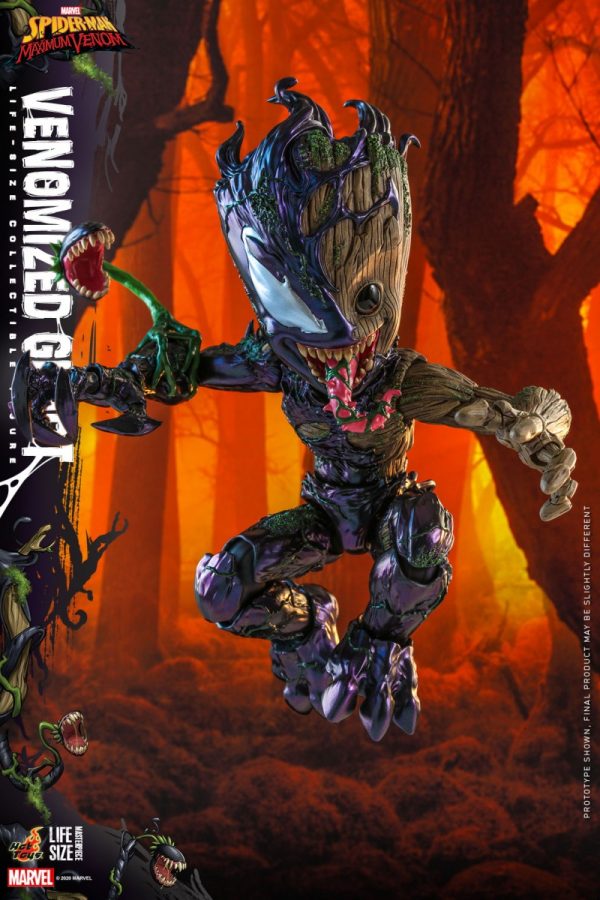 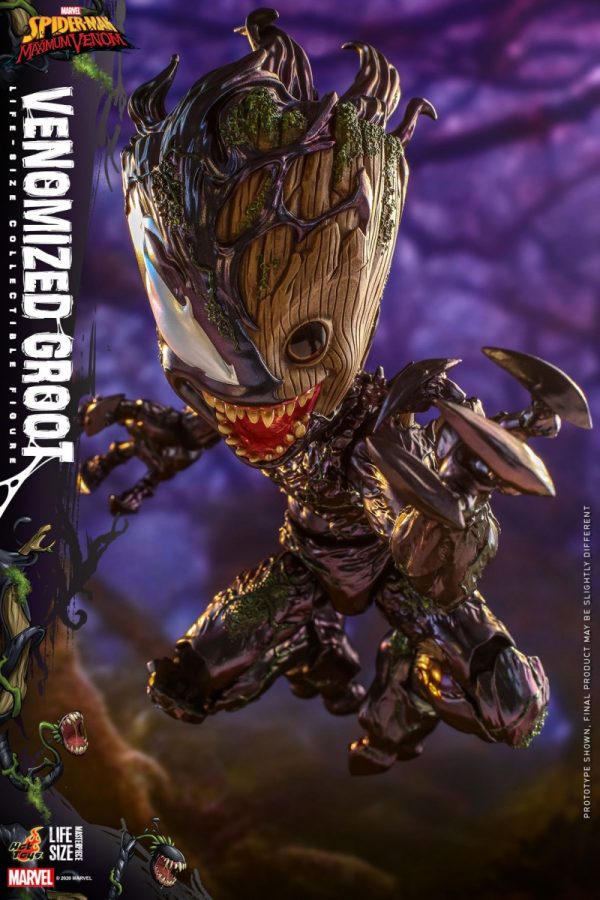 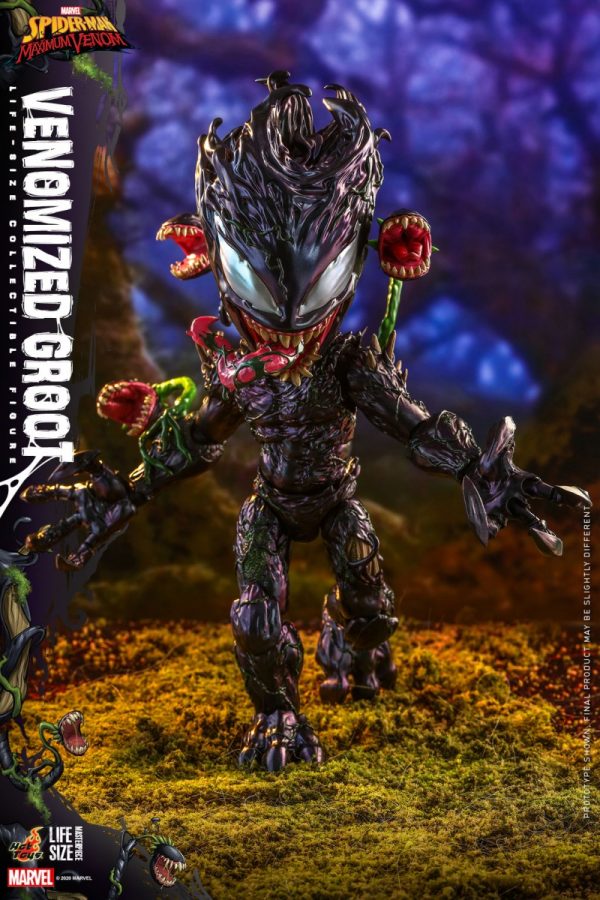 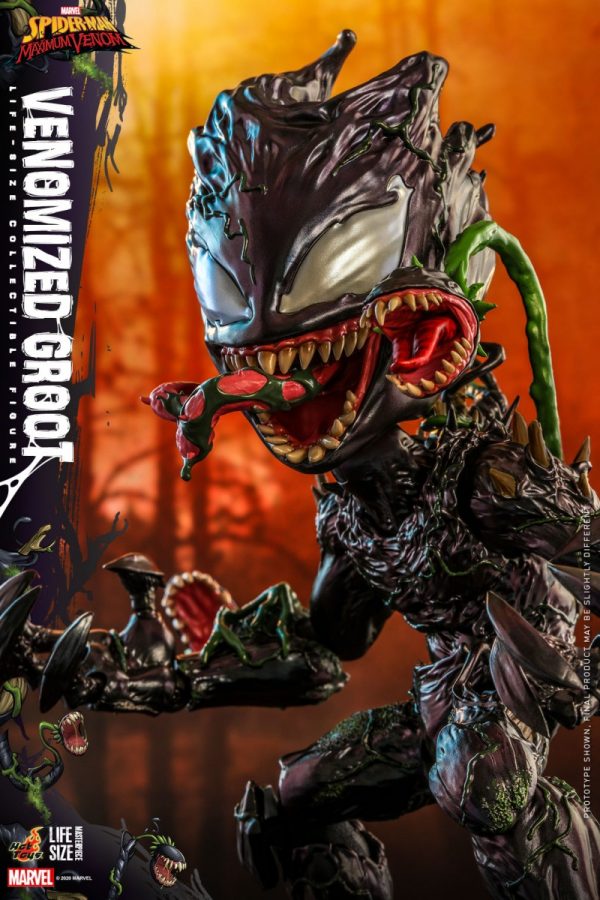 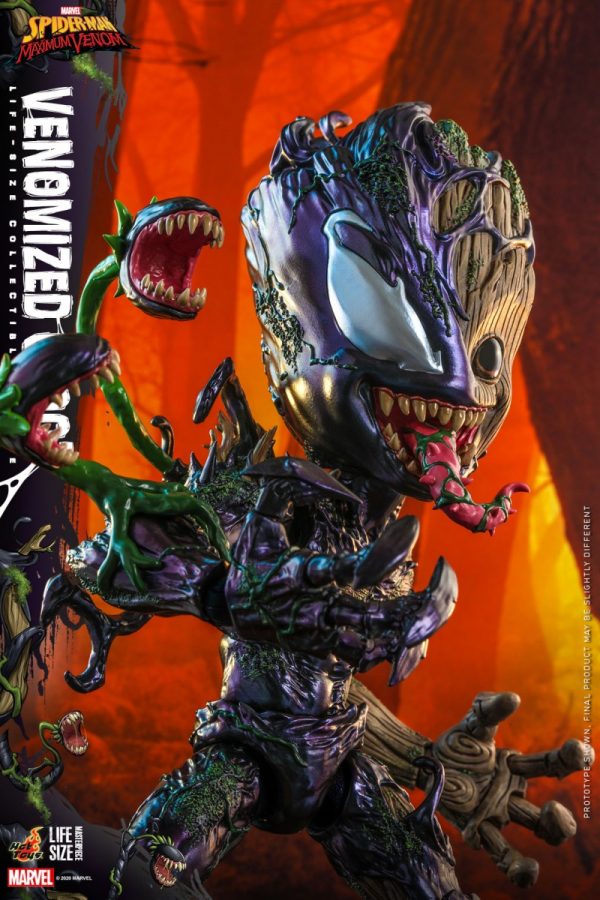 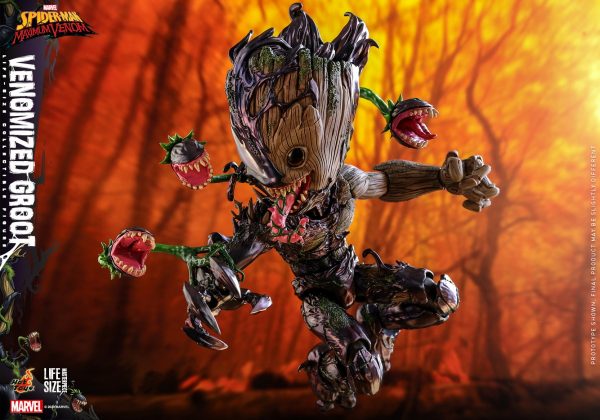 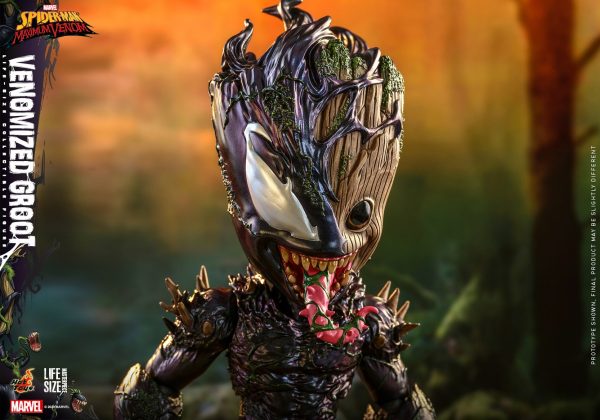 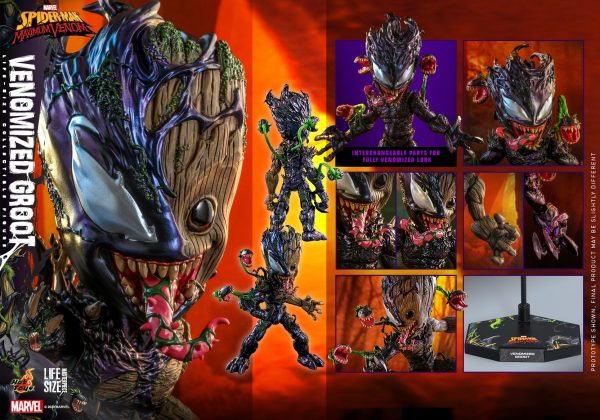 Our beloved Groot is being taken over by the Venom Symbiote! As an unique and powerful alien life form in the universe, the tiniest member of the Guardians of the Galaxy becomes a perfect target for the terrifying Venom. No one will expect this groovy little sapling’s bark to be just as bad as his bite.

Sophisticatedly crafted based on the iconic appearance of Venomized Groot in the renowned animation series, the Life-Size figure stands approximately 25cm tall features a venomous version of Groot with beautifully applied paint applications. Highly detail facial expression of Groot face sculpts with venomized twist and tree texture including two newly developed interchangeable face sculpts (a half Venom and half Groot, and a complete Venomized Groot face sculpt); two styles of interchangeable tongues; a newly developed specialized body with plant like green vines; attachable body part for Venomized Groot; a number of toothy venus fly traps attachable to figure’s back and arms, and a dynamic figure stand for display!