A trailer, poster and images have been released for writer-director Guy Moshe’s dystopian drama LX 2048 which stars James D’Arcy as a man who is desperately searching for a solution to protect his family when he discovers his heart is mysteriously failing and he is scheduled to be replaced by a clone; take a look here… 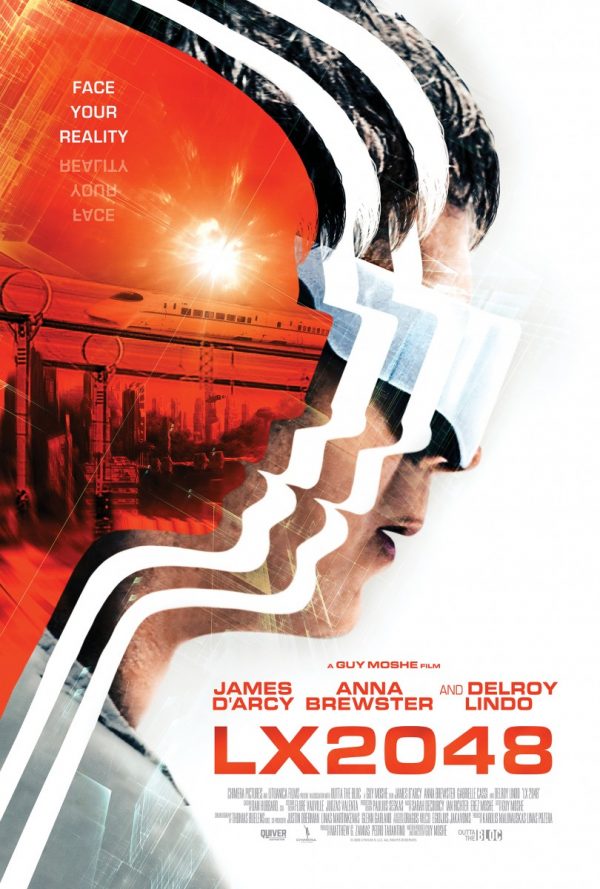 It is 2048. Mankind has by now destroyed the ozone layer to such a degree that normal human beings cannot be out in daytime. People spend their waking hours at night and almost everything is done inside the virtual realm. From work to school to socializing, most people just stay home and conduct their affairs from their Virtual Reality designated spaces. Mental depression has become so prevalent that the entire population is required to take the state issued pill 001LithiumX.

In this new world order, Adam Bird is a rare breed. Adam insists on waking up during the day. He insists on leaving his house and going to work in a physical office. He has 3 kids in a time when most people barely breed, and he adamantly refuses to take 001LithiumX, fighting to stay human in a world that is rapidly transforming into the artificial.

But things change when Adam discovers his heart is mysteriously failing. With no possibility for an organ transplant, Adam is now scheduled to be replaced by a cloned upgrade – an improved version of himself that will be supplied to his estranged wife as part of the Premium 3 government insurance plan. Spiraling out of control, Adam starts living on borrowed time, seeking to find a solution before his replica will be sent to raise his kids and replace his existence across the board.

LX 2048 is set for release on September 25th and features a cast that includes James D’Arcy, Anna Brewster, Delroy Lindo, and Gina McKee.