Private Division and Squad have announced the release of Kerbal Space Program: Enhanced Edition Complete on the Microsoft and Playstation Stores.  This complete edition comes with the critically-acclaimed space simulation game and the History and Parts Pack and Breaking Ground expansions in a nice discounted bundle. 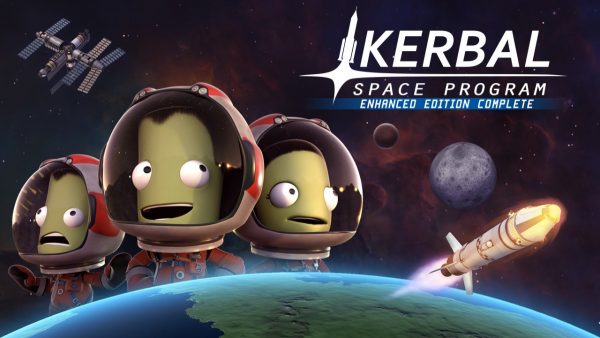 In Kerbal Space Program: Enhanced Edition Complete it’s time to head off into space with an alien race known as Kerbals. Take part of the alien’s space program and assemble fully-functional spacecraft that can enter orbit and then send crews out into space to explore moons and the other planets in the Kerbol system.  Once you’ve found another planet take the next step and construct bases and space stations.

There are three game modes available: Science Mode will require players to perform experiments to unlock new Kerbal technology, Career Mode has players oversee all aspects of the space program, including construction, funding and more while Sandbox Mode unlocks all parts and technology allowing players free rein over the alien’s voyage into space.

Kerbal Space Program: Enhanced Edition Complete is available now on the Microsoft and Playstation Stores for £49.99.