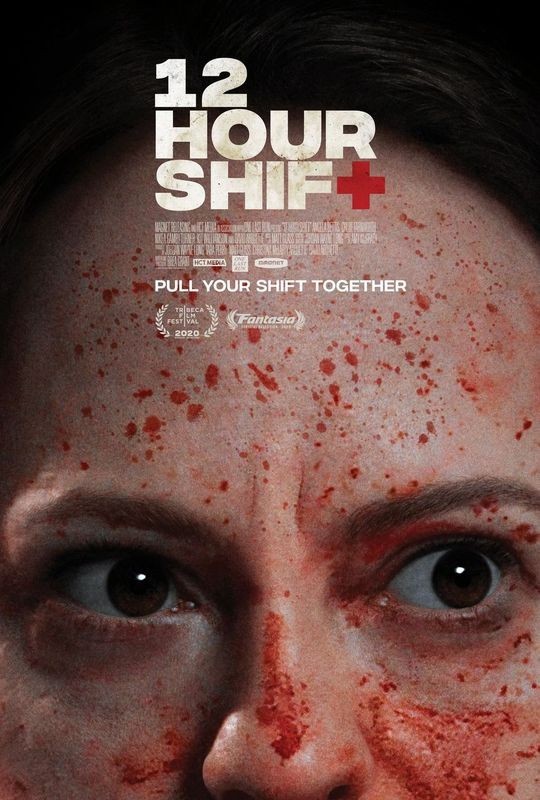 Bodies start to pile up when a drug-user nurse and her cousin try to find a replacement kidney for an organ trafficker. 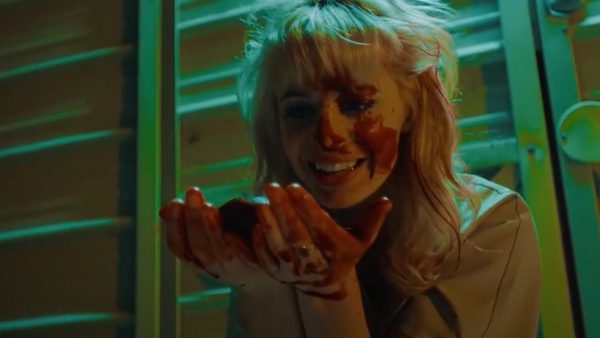 1998 Arkansas is the setting of Brea Grant’s horror-comedy 12 Hour Shift, but really the fact that it takes place in Arkansas is enough on its own to ground this ludicrous dark humor into an experience every bit refreshing and somewhat believable as it is batshit insane. It feels like something that you would see ripped from current day Florida’s headlines of crazy comedic gold. Or perhaps I’ve become so cynical with the South of yesteryear and today that 12 Hour Shift could have been labeled a true story and I wouldn’t have batted an eye.

Digressing, the story centers on a late-night hospital shift involving colorful characters such as Mandy (Angela Bettis), estranged from her family, and in the business of selling off organs she sneakily retrieves from deceased patients. She does keep in touch with her cousin Regina (Chloe Farnworth), currently in the process of obtaining a kidney for her as requested in a trade by a ruthless gang of criminals led by former professional wrestler and a hardcore legend Mick Foley. Initially, it appears as an odd choice for some villainous casting, but he essentially cuts a promo as if he’s inside the squared circle letting the viewers know that these people mean business and that Regina better return with the organ before sunrise.

As one would expect, everything goes sideways; Regina is too busy being an airhead and more concerned with placing a can of soda next to the kidney inside the cooler, that she actually forgets to place the kidney inside. This leads to the above scolding from Mick Foley, as Regina returns to the hospital in desperate need of another organ when the situation in the hospital is both too busy and on edge to get another one. Nevertheless, it prompts a comedy of errors where Regina goes around killing people and cutting up their bodies to get one by herself, although without the most basic knowledge of human anatomy.

There’s also plenty of idiosyncratic supporting characters ranging from David Arquette as a murderous cop killer handcuffed to his own bed, an old lady with dementia, and Mandy’s own half-brother whom she blames for developing a drug addiction (at the start of the shift she is seen snorting some drugs). Also present are other members of the hospital staff oblivious to what some of her co-workers are up to, and some dimwitted cops that are called to the scene following the discovery of a dead body that Mandy and Regina play off as a potential serial killer running around the building. 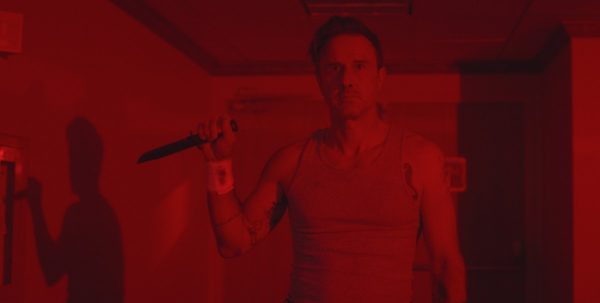 To say that what ensues is demented would be a grind understatement, as 12 Hour Shift walks that line between uncomfortably mean-spirited to ice-cold fun. Brea Grant is aware of these are terrible people, playing up the uneducated idiocy of these Southerners and even painting the cops in an overtly incompetent light (although the stupidity of the cops occasionally drains some of the tension that these people might get caught). Even when Regina is ripping into Mandy about how there’s no difference between her murdering innocent people unaware of what she’s even doing, it never slips too far into drawing Mandy as an empathetic and morally complicated figure that only murders those that have no fighting chance for survival.

As the bodies pile up, 12 Hour Shift becomes so chaotic it almost feels overstuffed. I’m still not sure there’s a purpose for David Arquette to even be in this movie, but he and his wife are producers on the project so it’s nonetheless understandable why he would want to be a part of something so bonkers in front of the camera as well. It’s all over the place and never quite comes together, but there’s also no denying the fun of its deranged genre thrills. There are one or two great surprises, the violence is off the charts, it’s dumb in all the right places, and it accomplishes the bold goal of making us want to spend time around such horrible people. It’s the kind of diabolically wicked work from a filmmaker that makes one eagerly anticipate whatever is next.