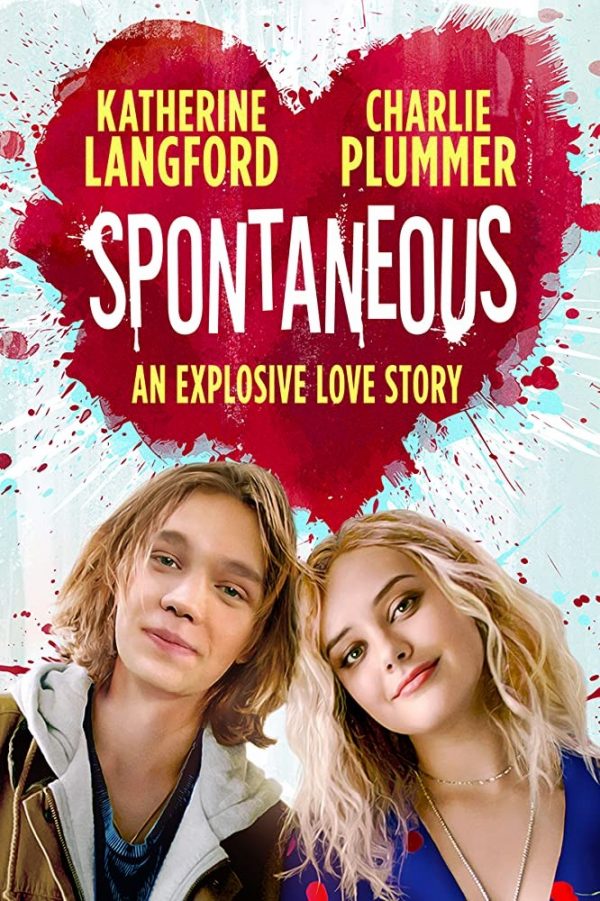 Get ready for the outrageous coming-of-age love story about growing up…and blowing up. When students in their school begin exploding (literally), seniors Mara and Dylan struggle to survive in a world where each moment may be their last. 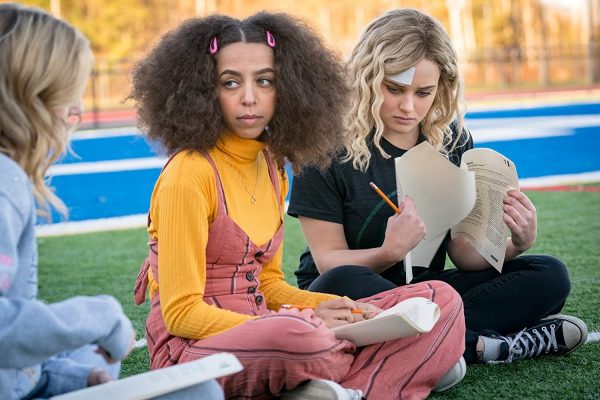 Conveniently, Spontaneous spontaneously establishes its premise within its opening sequence as a high school senior explodes right before our eyes. The gory bits are plentiful and graphic cementing that this is a rare adaption of a YA novel that’s not softening the material, and by wasting no time, throws the characters and story into the deep end of this concept before there’s even time to question how ridiculous it all is. Instead, the direction and writing (Brian Duffield, who actually has screenwriting credits already this year for the underrated aquatic creature feature Underwater, adapts the book of the same name by Aaron Starmer) treats this unprecedented phenomenon seriously and grounds the narrative into an exploration of these characters.

Not afraid to shy away from sensitive topics, one of the first things Katherine Langford’s Mara touches on in her voiceover narration (it’s also important to note that there’s just the right amount of narration throughout the story) is that this was not a terrorist attack or the work of a school shooter. Regardless, I’ll be damned if it’s not partially what many students probably feel like going to school in the modern age where such senseless slaughter has tragically become more common than uncommon, although mostly in America. The fact that Spontaneous is getting its big-screen adaptation during a global health crisis only adds layers to that; any day characters in this movie could die, any day the youth of America could die whether it be from a psychopath with a gun or the bewildering idiocy from some states encouraging in-person classes when a deadly contagious virus is rapidly spreading. 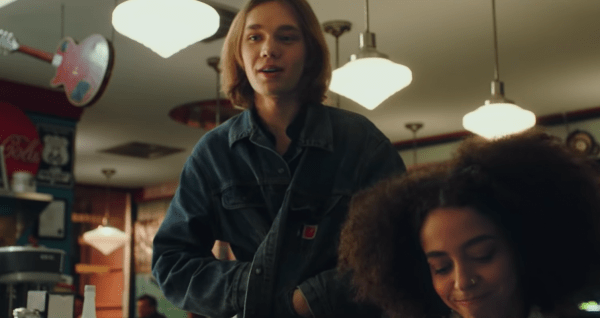 For much of its duration, Spontaneous reminded me of Amy Seimetz’s recently released brilliant existential anxiety fuel She Dies Tomorrow, but from a teenager’s perspective. In that movie we have adults accepting their fate and passing along the acceptance of death as a virus itself, whereas here we have likable and authentic teens on the verge of adulthood wrestling with this now exaggerated probability of inexplicably blowing up, throwing themselves headfirst into adulthood as an iffy but understandable response. “This could happen again to any of us”, it’s something Mara says aloud soaked in blood following the first spontaneous combustion.

The words seem to reach Dylan (Charlie Plummer, a terrific actor I was initially worried about heading down the teen drama route but has not let that hinder him from selecting worthwhile projects one bit), who anonymously confesses via texting he has a crush on Mara since they were freshmen and he was new in town following the death of his father. She goes with it based on his digital personality and ability to make her laugh. They meet up, and although his reasonings for fixating on Mara comes down to the usual high school crush mentality, they do click. 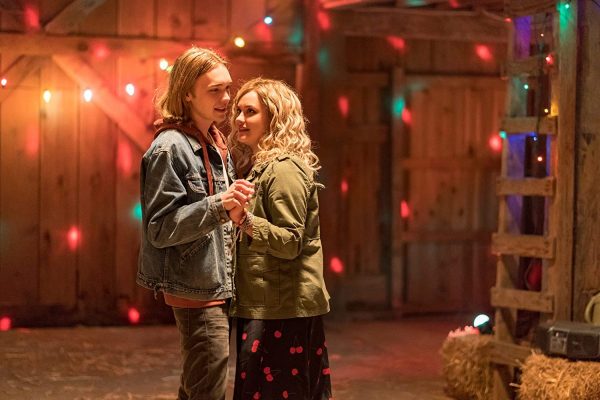 Katherine Langford and Charlie Plummer have charming chemistry together, as they both decide to start living life to the fullest as they possibly can; to Mara, that’s getting intoxicated and trying out some recreational drugs, whereas movie nerd Dylan purchases a beat-up ice cream truck. When he’s not doing that, he’s holding her hair back as she’s puking up alcohol. When they are sober, they are laughing together, asking one another personal questions, and slowly becoming more intimate desiring to experience a physical relationship considering, once again, who the hell knows what’s in store for these people.

The government decides to step in as the exploding bodies become more frequent and not limited just to inside school. For a while, everyone is quarantined inside of a containment center leading to some on-the-nose criticism against the government, but it also feels like somewhat of an unnecessary distraction away from the developing romance between Mara and Dylan. Spontaneous is messy at times, but in tune with the way Mara’s mind has no idea how to process any of this, and Katherine Langford expresses all of it with angst, rebellion, compassion, empathy, and a punkish edge (she gets to go on an expletive-laced rant directed at Donald Trump of all people, and it’s as fitting just as it feels out of place.)

In the simplest of terms, Spontaneous is a movie about uncertainty and finding the motivation to grab life by the horns even during the most fearful and challenging of times. As I write that, it also seems like it could be the wrong message to send during a real-life global pandemic, but it’s constructed here in an honest and grounded way that’s not concerned with bullshitting audiences with a happy ending. This is a film that goes to some dark places that it needs to go in order to work and has the necessary acting chops to successfully dramatize a ludicrous plot. And it all ends with a bittersweet, fist-pumping monologue set to some Sufjan Stevens, which is the perfect decision for a film that consistently makes correct creative choices navigating such tricky structure and storytelling.

Don’t let Spontaneous fly under the radar, it needs to explode in popularity on streaming services. With or without the pandemic, it’s an emotional teen drama where just about every scene is packaged with poignant subtext. There is also no shortage of gore and clever surprise deaths.

Spontaneous will be available on Premium Video-On-Demand and Digital beginning October 6th.