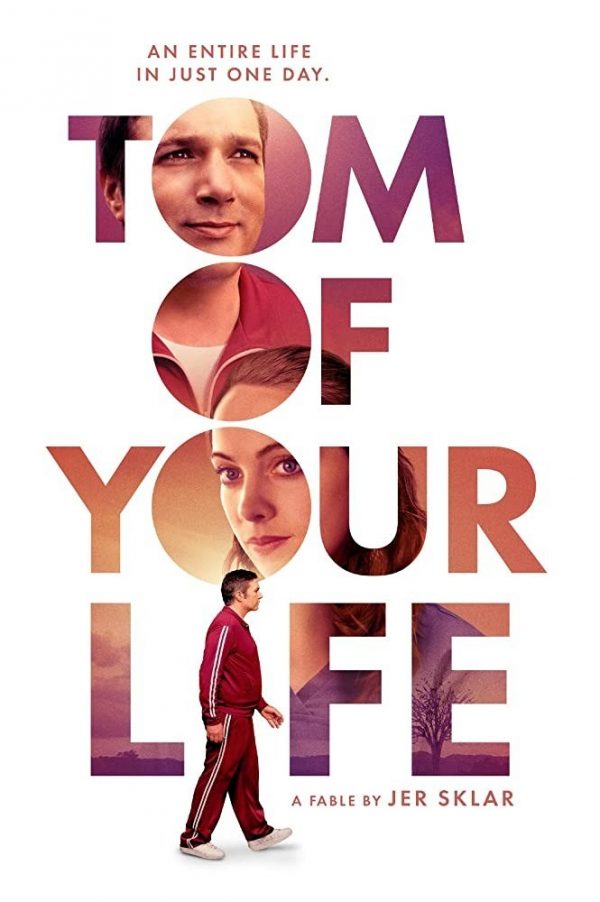 Tom, an enigmatic child who ages rapidly, is kidnapped by an emotionally volatile nurse and lead on a rollercoaster journey of self-discovery and adventure.

I’ve never been a huge fan of Forrest Gump or The Curious Case of Benjamin Button. There I’ve said it. Both films achieve wonders from a technical perspective but from a narrative standpoint they always felt way too contrived for my liking. I mean, I believe in coincidences just as much as the other guy, but the odds of a character-fictious or otherwise- being conveniently present in that many historically important incidents during one lifetime, is simply impossible. And this is where the indie-drama Tom of Your Life succeeded and impressed me the most.

Upon viewing the trailer, one is inclined to think that Tom of Your Life is simply the story of Benjamin Button unfolding in reverse pressed fast-forward. And to a certain extent Tom of Your Life can be summarized in a nutshell as such, but the fact of the matter is there’s a lot more than that. The film follows a boy named Tom, who inexplicably ages by four years every hour on the hour. He is rescued from a potentially grim fate of scientific experimentation by Jess (Baize Buzan), an emotionally unstable nurse who works in in the local hospital. Not being familiar with Buzan’s previous efforts I was completely blown away by her acting here. You can tell she’s a woman whose life is weighed down with heavy emotional baggage and numerous past regrets. She has a tendency for erratic mood swings and anger management issues because of these past experiences. The fact that Buzan is able to convincingly pull off her character’s vividly chaotic emotional spectrum, speaks volumes of her abilities as an actress. And as one of the key adult characters in the narrative if she delivered a half-hearted, sub-par performance it certainly would’ve sounded the death knell for this film. Thankfully that isn’t the case here, as Buzan turns in a poignant well-rounded performance injected with some much-needed moments of levity.

At the half-way point when the story loses some of its steam we are introduced to the character of Carl (James Sharpe), who is a private investigator hired by Jess’s current estranged boyfriend Dennis (Paul Tigue). Sharpe who has appeared in a plethora of well-known TV series such as Weeds, Parks and Recreation and Chicago P.D. brings in his experience as a seasoned player to the proceedings, with his character’s quiet and restrained demeanor perfectly balancing out the chaos ridden role brought to life by Buzan. The role of Tom is played by four different actors who each embody the titular character at different stages of his life. Jer Sklar, the film’s director, plays the adult version of Tom beautifully, striking the right balance of naïve innocence and existential angst that is required of from the role. It’s a tricky stunt to pull off, but Sklar proves that he’s more than up to the task and then some. With Tom of Your Life, Sklar also proves he’s a capable director who’s able to craft a heartfelt adult drama successfully on a modest budget and that’s saying something because solid actor/directors are a rare commodity in the film industry nowadays. But that’s not all, Sklar also wrote and performed all the original songs and music featured in the film with his band The Blackstrap Molasses. Here’s hoping Hollywood (and its creatively bankrupt ilk) take note of this talented bloke, and bless him with some decent opportunities to shine and become more recognized. Christopher Rejano’s stunningly simplistic cinematography for the film is also worth a brief mention here.

All characters populating the narrative of Tom of Your Life are flawed and very human, each wrestling with their own inner-demons and personal trauma. But that’s what makes the outlandish concept of a rapidly aging boy, who grows amongst these individuals, more captivating and relatable, and that’s where this character driven indie-film succeeds where other big budget Hollywood films fail. ‘Cos it’s got a huge bleeding heart.