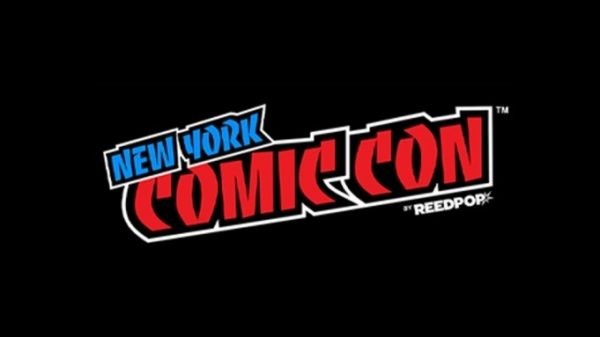 New York Comic Con has announced that it will be following in the footsteps of San Diego Comic-Con@Home by bringing this year’s convention directly into peoples’ homes with a virtual event dubbed ‘New York Comic Con Metaverse’.

Taking place between October 8th and October 11th, the virtual convention will include a host of panels and Q&As streaming live and on-demand on YouTube; via Deadline here’s the first details on some of the biggest panels, including Marvel, DC, The Walking Dead, Doctor Who, Lost and more:

Get Heated with the Cast & Creator of Hulu’s “Helstrom”
There’s about to be one hell of a Helstrom family reunion and you are all invited! Join the cast and creator of Hulu’s upcoming horror series, Helstrom, as they discuss what went into bringing this twisted comic to life and answer fans’ burning questions. All 10 episodes of Helstrom premiere Friday, October 16th on Hulu.

Conversation and Behind-The-Scenes Look at Hulu’s New Horror Series “Monsterland”
You can’t escape what lives within! Discover the monsters and unpack the thought-provoking tales brought to life in Hulu’s new series, Monsterland, based on the collection of short stories from Nathan Ballingrud’s North American Lake Monsters. Join cast members and creator/showrunner Mary Laws as they delve into the nightmares and share a look at what happened behind-the-scenes. All 8 episodes of Monsterland premiere Friday, October 2nd on Hulu.

From the Nightmares of Clive Barker: A Conversation with the Cast of Hulu’s Books of Blood
Step into uncharted and forbidden territory, joining the cast and creator of Hulu’s upcoming film Books of Blood for a conversation around the film. Based on Clive Barker’s acclaimed horror anthology, the film will take audiences on a journey through three uncanny tales tangled in space and time.

It’s time for AN-I-MAN-IACS! Voice Cast & Producer Panel
The Warner brothers, Yakko and Wakko, and the Warner sister Dot are heading home to the Warner Bros. Water Tower. But first they’re making a quick stop at NY Comic Con to give the fans an exclusive first look at their brand-new series coming soon to Hulu. Join executive producer Wellesley Wild, co-executive producer Gabe Swarr and voice cast members Rob Paulsen, Tress MacNeille, Jess Harnell and Maurice LaMarche for a lively panel that will most definitely be zany to the max. Animaniacs is produced by Amblin Television in association with Warner Bros. Animation and premieres on Hulu on Friday, November 20.

Metaverse Presents: Lost Anniversary Fan Q&A With Damon Lindelof and Carlton Cuse
Join the showrunners of the hit tv series for this special, one-time event where they’re answering fans’ burning questions, moderated by Josh Horowitz! Be sure to submit your own using the #lostinthemetaverse hashtag.

Archer Cast Trivia Showdown (FXX)
Archer Cast Trivia Showdown (FXX) – Archer, FX Networks’ award-winning animated comedy series about the world’s greatest spy and his cohorts, returns to NYCC for the ultimate trivia battle royale in celebration of the show’s 11th action-packed season, premiering Wednesday, September 16 at 10pm ET/PT on FXX. Play along with series stars H. Jon Benjamin, Aisha Tyler, Judy Greer, Chris Parnell, Amber Nash and Lucky Yates as they mine their memories and test their knowledge for this not-to-be-missed foray into the trivia daaaanger zoooone, hosted by Executive Producer Casey Willis. And don’t forget to catch up on all seasons of Archer, available for streaming via FX on Hulu.

Spotlight on Doctor Who Featuring Stars Jodie Whittaker and Mandip Gill | BBC AMERICA
BBC AMERICA, in partnership with HBO Max, spotlight Doctor Who and the series’ return to New York Comic Con with the Doctor herself, Jodie Whittaker, and companion Yaz, played by Mandip Gill. Together with moderator Melanie McFarland, TV Critic for Salon.com, they will look back at their epic past two seasons in the TARDIS, which have been packed with shocking twists, turns and surprises, and discuss their favorite moments to date. The two stars return in BBC AMERICA’s highly-anticipated Doctor Who Festive Special, “Revolution of the Daleks,” premiering this holiday season. Doctor Who is a BBC AMERICA co-production with BBC Studios. In the U.S., Doctor Who premieres exclusively on BBC AMERICA with past seasons available to stream exclusively on HBO Max.

The Watch: A First Look At BBC AMERICA’s Newest Series
Dive into the thrilling fantasy world of BBC AMERICA’s newest series The Watch, featuring a discussion with cast and executive producers, special guests and a first look at the series. The Watch follows an unlikely group of misfits, The City Watch, who are forced to find the guts to save the world, surprising even themselves in the process. The comedic yet thrilling series pits trolls, werewolves, wizards and other improbable heroes against an evil plot to resurrect a great dragon which would lead to the destruction of life as they know it. Moderator – actress Yvette Nicole Brown (Community) – joins panelists and series stars Richard Dormer (Game of Thrones), Lara Rossi (I May Destroy You), Adam Hugill (1917), Jo Eaton-Kent (Don’t Forget the Driver) and Marama Corlett (Blood Drive), along with executive producers Simon Allen (The Musketeers) and Richard Stokes (Broadchurch).

AMC’s Fear The Walking Dead
Fear the Walking Dead will present a panel for the series’ upcoming sixth season, premiering Sunday, October 11 at 9 PM ET/8c. Season six of Fear the Walking Dead explores what has become of the unlikely family once united by a mission to help those in need. After being torn apart by Virginia (Colby Minifie) and her Pioneers, the group is now dispersed across her far-reaching settlements. Morgan’s (Lennie James) last message at the end of season five implored the group to “Live” and this season we’ll see what that means to each of them. Some will find the stability and opportunity within Virginia’s communities to be intriguing, some will sink into darkness, while others will fight back against what has been forced upon them. Life behind Virginia’s walls will test each and every one of them in different ways, forcing them to define who they are in this new world.

The Walking Dead: World Beyond delves into a new mythology and story that follows the first generation raised in a surviving civilization of the post-apocalyptic world. Two sisters along with two friends leave a place of safety and comfort to brave dangers, known and unknown, living and undead on an important quest. Pursued by those who wish to protect them and those who wish to harm them, a tale of growing up and transformation unfurls across dangerous terrain, challenging everything they know about the world, themselves and each other. Some will become heroes. Some will become villains. But all of them will find the truths they seek.

Cast of Starz’s American Gods Tease Season 3 Details
American Gods – #GodSquad are you ready for divine intervention? Stream with your favorite gods as they journey to Lakeside and talk all things Season Three of the hit Starz Original Series American Gods. Following his discovery last season that Mr. Wednesday is his father, Shadow attempts to break away and assert himself as his own man. As he settles into life in Lakeside, he uncovers a dark secret while exploring questions of his own divinity. Guided on this spiritual journey by the gods of his black ancestors, the Orishas, Shadow must decide exactly who he is — a god seeking veneration or a man in service of the “we.”

The Sound of “The Sandman” with Neil Gaiman and Friends – presented by Audible and DC
In celebration of the first-ever audio adaptation of “The Sandman” — based on the bestselling DC graphic novel series that rewrote all the rules — Audible will bring together master storyteller Neil Gaiman, aural auteur Dirk Maggs, and other special guests to reveal the creative process behind this groundbreaking audio production. Panelists will discuss how the source material, including the detailed notes for illustrators in Gaiman’s original manuscripts, was painstakingly taken off the page and brought to life in a fully-immersive listening experience featuring a 68-member, all-star cast led by James McAvoy, cinematic soundscape, and original music score.

Exclusive Interviews with the Creators of Steven Universe – The End of an Era
Join Steven Universe series creator Rebecca Sugar and author Chris McDonnell as they discuss Steven Universe: End of an Era (Abrams Books), the new art book that features concept art, storyboards, background paintings, and exclusive interviews about one of the most progressive, imaginative, and beloved animated series of our time. Joined by Kat Morris (writer, storyboard supervisor, supervising director) and Alonso Ramirez Ramos (producer, director on Steven Universe Future), the panel will explore the process of creating season four through Steven Universe Future, as well as the show’s incredible legacy. Moderated by journalist Charles Pulliam-Moore (io9/Gizmodo).

The Godfather of Gaming – An Exclusive Conversation with Sid Meier
Join us for an exclusive talk with one of the most influential game changers in the industry. For years, video games were regarded as just another form of mindless entertainment, devoid of meaning and entirely mechanical. Today, video games are significant cultural commodities and an acknowledged art form because of the contributions of video game giants. Watch as Sid Meier, the game designer and developer behind the Civilization series, discusses the tales of his video game pioneering in a sneak peek of his upcoming book release.
SID MEIER’S MEMOIR!: A Life in Computer Games (W. W. Norton & Company) takes fans through the life and legacy of one of the most influential creative forces in video game history. The memoir will dive into the challenges he faced and how he influenced the strategy game genre we know today. As part of New York Comic Con’s Metaverse, Sid Meier will also be joined in conversation by Soren Johnson (Lead Designer, Civilization IV), as they reminisce about the joys of creation, the excitement of expanding possibilities, and the very heart of playing video games—and of being human.

Dungeons & Dragons & cooking!
The authors of the new official D&D cookbook, Heroes’ Feast, share how they developed recipes and culinary backstory from the different realms of the fantasy RPG. Join Michael Witwer, Kyle Newman, and Jon Peterson as they talk about their process and share some of the dishes featured in the new book.

Lucasfilm Publishing | Stories from a Galaxy Far, Far Away
Join some of the biggest and best Star Wars authors as they talk about some of their exciting new projects set in a galaxy far, far away. Featuring Daniel José Older, Preetei Chhibber, Phil Szostak, Katie Cook, Zoraida Cordova and Amy Ratcliffe. Moderated by This Week In Star Wars host Kristin Baver.

Valiant Heads to Hollywood
Before Paramount’s Harbinger movie hits the big screen in 2021, learn all about Valiant Entertainment’s upcoming classified comic and witness this bold new take on the classic franchise. Plus, exclusive reveals from Ninjak, Bloodshot, X-O Manowar, Rai and more. Moderated by Tiffany of YouTube’s ComicPOP, join Jeff Parker, Dennis “Hopeless” Hallum, and Senior Editors Heather Antos and Lysa Hawkins for an exclusive look at the future of the Valiant Universe and its must-read new comics.

Marvel’s Agents of S.H.I.E.L.D.: Seven Seasons of Amazing Gear & Gadgets with Prop Master, Scott Bauer and Live Auction Preview
Prop Store is bringing over 500 lots of original props and costumes from all seven seasons of Marvel’s Agents of S.H.I.E.L.D. to an online auction this October 8th to November 10th (go to Propstore.com/Marvel for more information). Join series Prop Master, Scott Bauer, as he talks about his experiences working on Marvel Television’s longest-running television series and as he reveals the stories behind some of his favorite pieces in the auction.