Hyperstrange, CreativeForge Games and publisher Running with Scissors have announced they will be releasing the retro-styled FPS spin-off POSTAL: Brain Damaged next year on PC and consoles.  The game will feature all the ridiculous weaponry and crude and immature humour that fans of the series will expect.  A debut trailer can be seen below providing a teaser of the craziness that players can expect. 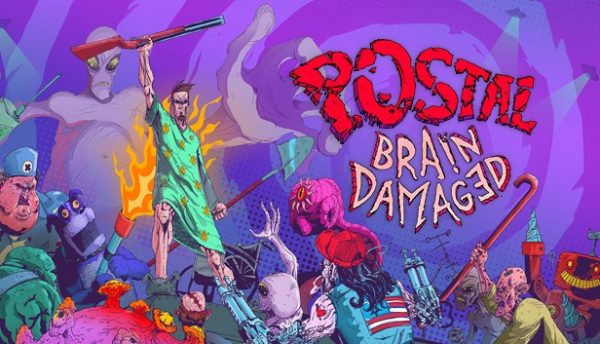 A variety of retro-styled stages, including a grungy asylum, comic convention and Area 69 will have POSTAL Dude to strafe, dash, slide and bunny hop through while using a bizarre selection of weapons such as the devastating railgun with attached cat silencer, of course, players can also rely on the trusty old double-barreled shotgun to ensure the pixelated blood flies.

“They just don’t make badass shooters like they used to,” said Vince Desi, founder of Running With Scissors. “Brain Damaged takes the torch from all the pretenders while excreting everything fans want to see from the series that once birthed “The Worst Game Ever™”. The Dude is back and dirtier than ever!”

Look out for POSTAL: Brain Damaged coming to PC and consoles in 2021.