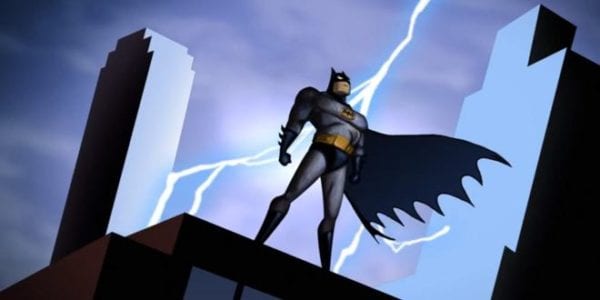 Batman: The Animated Series is everything to me.   When people go back and cherish and revere that special thing from when they were a child, this is that thing for me.  The stories, the look, the animation – this is and was Batman to me and always will be.

The show premiered 28 years ago today, and so what better way to celebrate the series than to talk about some of the greatest episodes of the greatest half hour show to ever air, in my humble opinion.

Before I get to my list, I want to highlight certain episodes from each season that I particularly enjoy, because this show is just too amazing to boil down to five. 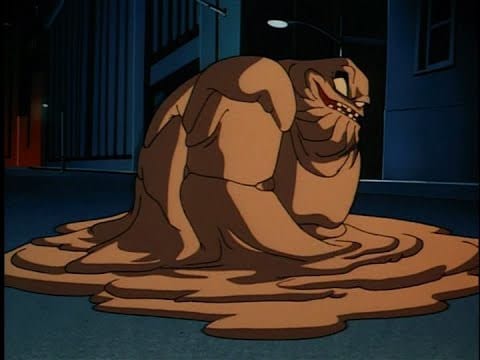 Feat of Clay Parts 1 & 2 gives us a Clayface that we’d never seen before and watching the tortured soul of this actor as he can’t control this hideous transformation is quite dramatic.  Speaking of transformations, Two-Face Parts 1 & 2 are a deep dive into the fractured psyche of attorney Harvey Dent, who creates this angry, ruthless personality called “Big Bad Harv”. When he runs afoul of criminal kingpin Rupert Thorne, it all leads to a life altering experience.  Joker’s Favor is a twisted tale of what happens when an ordinary every day schmoe owes the Joker something; it’s delightful fun twisted up into a frightening experience. I don’t want to leave out Appointment in Crime Alley, which is a morality tale of Batman trying to make a date to visit the site of his parents murder on it’s anniversary and getting kept away by various duties, as his old friend Leslie Thomkins uncovers a plot by a greedy magnate to destroy the neighborhood she’s lived in her whole life.  There have been feature films with less plot than this episode. 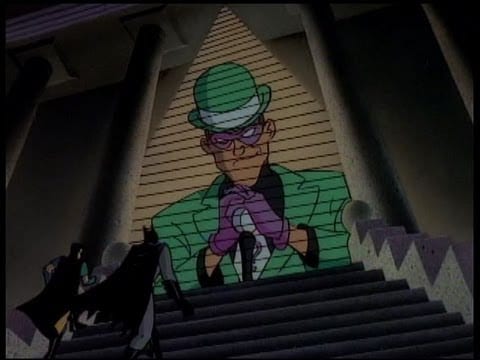 Season 2 finally introduces my favorite Batman villain, Edward Nygma himself, The Riddler.  And this episode has always been my sentimental favorite: If You’re So Smart, Why Aren’t You Rich?  It’s just a fun ride through Riddler’s devious maze based off his own video game and it’s instantly rewatchable.  Day of the Samurai is a cool little martial arts tale of former school rivals Kyodai Ken and Bruce Wayne having their ultimate showdown – a battle around an active volcano. It doesn’t get much more cinematic than that.  Heart of Steel Parts 1 & 2 was always a story I didn’t care for; killer robots replacing their real life counterparts, but it’s just so sci-fi and has Terminator vibes plus it showcases a young Barbara Gordon as the future hero she will become. We get the first Harley & Ivy team up, Zatanna, and more in this season, including the award winning Robin’s Reckoning and Riddler’s second episode, What is Reality? 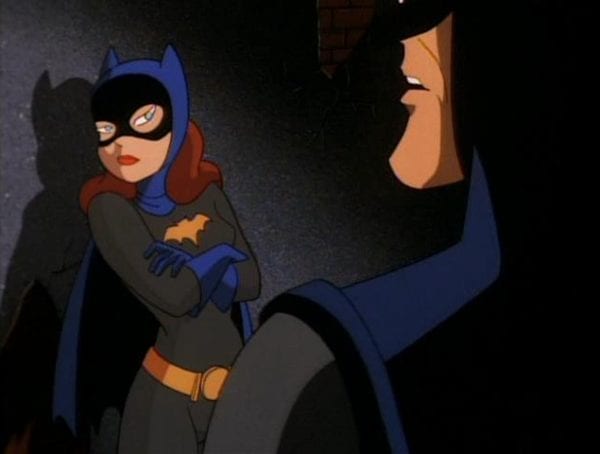 The character of Barbara Gordon, to me, is just one of DC Comics’ richest characters so getting her two-part debut, Shadow of the Bat, in season 3 is pure joy. Her theme song runs through my head every time I think of Batgirl.  The Demon’s Quest is an epic two-part saga featuring the Al Ghul clan and it’s one part worldwide adventure and one part doomsday plot.  The interactions between Batman and Ubu are some of my favorite in the series.  Read My Lips features the debut of one of Batman’s strangest Rogues, The Ventriloquist, and it’s a strong episode that makes you wonder are they two people?  Harley’s Holiday is the breakout starring role that really does it for me and Harley; she just owns every second of that episode, penned by her creator, Paul Dini. How can you not love Baby-Doll? “I didn’t mean to!” It’s a freaky, bizarre, yet sad episode.  And one of my odd outlying favorites, Sideshow, where Croc and Batman fall off a cliff from a moving train together and Croc finds friends in a former circus act’s retreat but when his criminal ways rear their ugly head, lucky for them Batman is still hot on his trail. 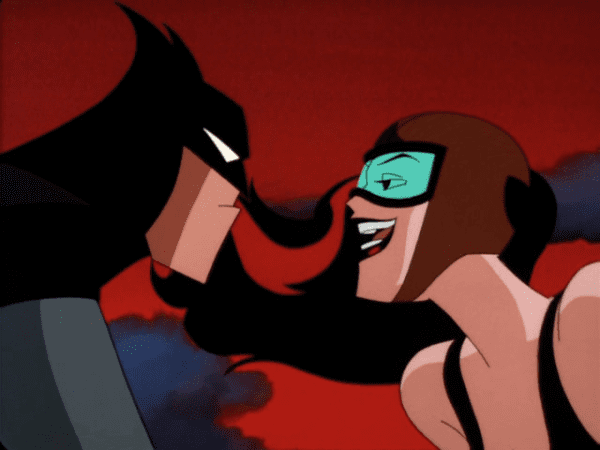 It just doesn’t get any better than Roxy Rocket. In The Ultimate Thrill, we meet this woman who can only live by going to the edge, deaths’ door in a lot of cases, and that’s where she lives.  She’s hilarious and darn sexy honestly for a kid’s cartoon with a lot of innuendo laden in.  I have to say though, I never cared for TNBA animation style; it abandoned a lot of what I loved about the first run – the darkness.  I hated most of the redesigns honestly.  Off that soapbox, let’s look at Double Talk, a tale of lowly Arnold Wesker (The Ventriloquist) who’s trying to live a normal life but he sees and hears his boss Scarface everywhere.  Love is a Croc sees the return of Baby-Doll and her team up with Killer Croc is both endearing and again, heartbreaking.  Don’t forget Mad Love and Old Wounds, both shedding light on Joker and Harley’s beginnings as well as the split between Dick Grayson and Bruce Wayne.  Speaking of heart breaking, we must never overlook Over the Edge, one of the craziest episodes ever that knocks you on your ass as you see Gordon and the whole GCPD hunting Batman through the Batcave calling out his name Bruce Wayne and, I can’t spoil what else happens, you just need to watch it. 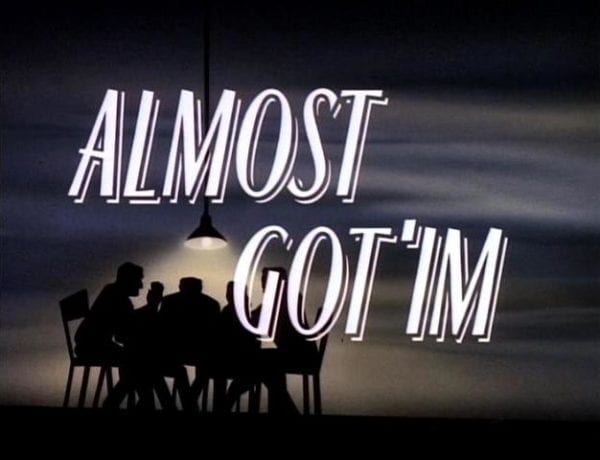 First, the title cards in the original run; my god, just works of art on their own right.   And this show is so revered that I know, some of my picks are just going to be legendary on their own, so don’t begrudge me if I choose some of the classics.

This episode is a masterpiece of storytelling. It features a poker game with several of the Rogues Gallery all regaling each other with how they almost caught Batman; Poison Ivy, Penguin, Two-Face, Killer Croc and Joker are all involved.  And the vignettes are thoroughly entertaining from Ivy’s pumpkin bombs to Penguin’s menagerie of strange birds attacking the Bat.  Of course, the most classic moment of all when Croc’s whole story consists of luring Batman into a quarry and throwing a rock at him….It was  big rock!

Little did the villains know, that was not Waylon Jones; but Batman, a master of disguise, hiding underneath.  He needed the location Harley was keeping Catwoman and he did what he had to do to find out.   The episode even ends with the Bat & the Cat playing with their “will they, won’t they, have they?” chemistry. 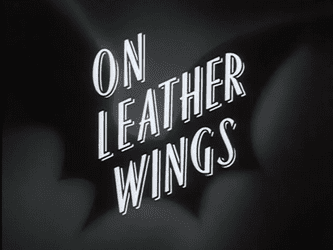 Even I’m surprised this makes it on here as being the first episode, you have to start the whole series with this episode, and Man-Bat was never one of my favorites, not even close.  But, the more I’ve watched it, the more and more I’ve come to appreciate it.  These creators were trying to set a tone and a message with their first episode out of the gate.  The look of the series, the architecture of Gotham, the detailed animation, the pace of the story, and it’s not just here’s your familiar villain; no, they started in a different place.  You get a lot of great Batman detective stuff in this one as well, and Man-Bat is not just a stock villain here; there’s a reason and a motivation for how he becomes who he is.   I think this is an overlooked episode but it’s the perfect highlight reel of the makeup of what makes this show so unique and compelling all these years later. 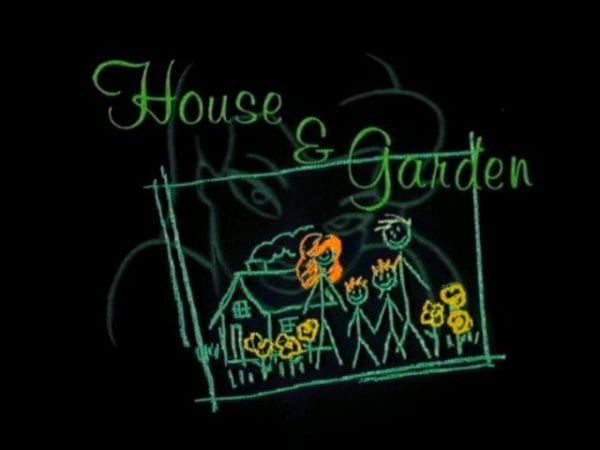 This time around, I watched the whole series with my daughter (apart from Scarecrow and Ventriloquist episodes, as they scared her) and there are certain episodes I couldn’t wait to see her reaction to.  This was one of them.  It’s an episode that’s always intrigued me, but I could never remember all the details of the story.  It’s one of the more bizarre and straight up jump out of your seat Batman stories in the whole series.  When Poison Ivy straightens up her act and gets married to a man with kids, but when a series of plant related crimes occurs, she claims innocence, but can’t be telling the truth right?

The revelation will leave you astonished and my daughter lost her mind when she saw the conclusion to this story.   It’s very sci-fi, it’s very clever, and breeds from a very creative mind (the wonderful Paul Dini), and shows you a different Batman story where he’s not just beating up thugs. 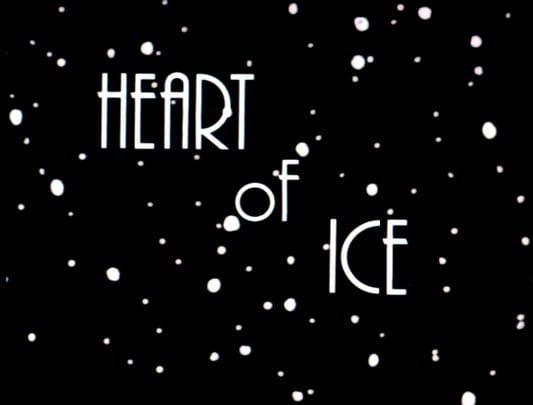 Of course it’s on here.  The most ardent fan could never argue about what a masterpiece of storytelling this episode is.   To take a character who was a joke in DC Comics, Mr. Freeze, and turn him on his head, make him a broken scientist who was trying to give life to the love of his life the only way he knew how and suffer his own tragic fate is just poetry.  There’s something that’s always fascinated me about the look of this Mr. Freeze; the bubble look, the bright colors, even his voice on the show just intrigued me to no end as it did to every other fan who ever watched this show.

Heart of Ice is the episode you turn on when you want to say “Look at this show!   This is as good as anything out there, any genre, any year, animated or live action.” The climax, will make you cry, hell, it’s made me weep.

What could top this?  It’s my own personal favorite…. when you speak of episodes you can’t wait to show someone and see what they think, this takes the cake. 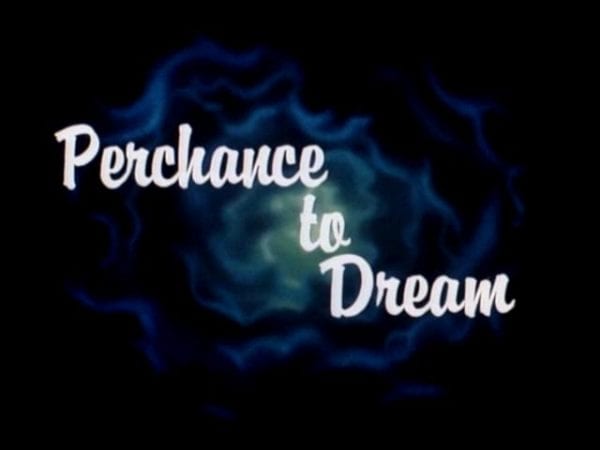 Why is this my number #1? Let’s talk about it. This is an episode I only vaguely remembered from my youth. Watching it in the last 10 years was like watching it anew; and as I did, I remember thinking probably the same thing most people were thinking: what in the hell is going on here? There’s a different Batman who’s not Bruce Wayne? Bruce’s parents are alive? Everything that goes on here is just a mind-bomb, and it’s layered on top of each other, event after event, so when you get to that final climax, Bruce Wayne fighting Batman, who’s who, how is this occurring, you are on the edge of your seat waiting to see just how in the hell this thing is ending.

And when you get the reveal of what’s been going on, it’s makes the most perfect sense in the world.  But, this episode builds like no other.   When Alfred doesn’t know what the Batcave is, when Bruce tries to read those books, when he sees Selina, all building, tension mounting, confusion peaking, so when he arrives at that tower, and the rain is pouring down, the thunder is booming, the lightning is cracking and burning, and Batman shows up, it’s about the most intense thing you’ll ever watch.

Perchance to Dream literally blew my daughter’s mind; she was utterly awe struck as it wound on and couldn’t even watch the fight scene. When we got the reveal of how this has all happened, she couldn’t believe it.  It’s never left my head because it deals with so many issues Bruce has in one trippy exploration. What if he wasn’t Batman? What if he never needed to be?  Could he be happy without it?   Go back to what Batman himself, Kevin Conroy, the legend says about Batman: (paraphrasing) “Bruce Wayne is the mask he puts on, Batman is who he really is.”   After he said that, you hear that being used all over the Batman-Universe.  But, Conroy was the first to latch onto that theory and this episode explores that deeply, it’s like an animated psycho-therapy session and it’s brilliant. 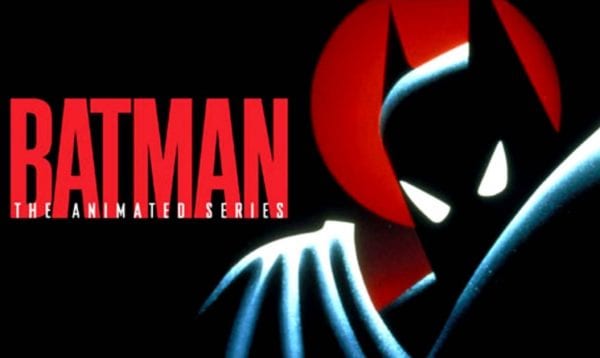 I’ve just scratched the surface of this once in a lifetime program, there’s tons more episodes that all have value, and amazing writing and moody, dark, atmospheric animation just waiting to be enjoyed.

What are your favourite Batman: The Animated Series episodes? Let us know on our social channels @FlickeringMyth…