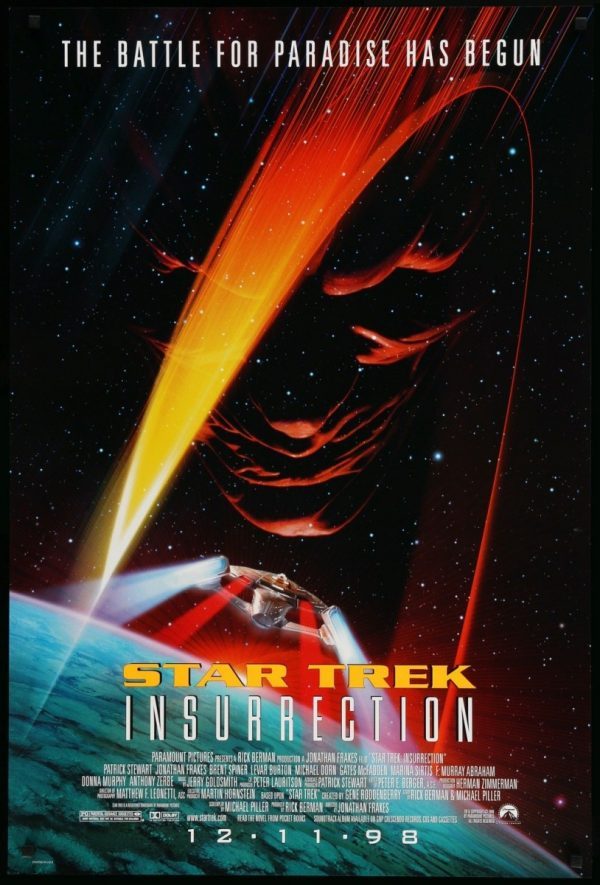 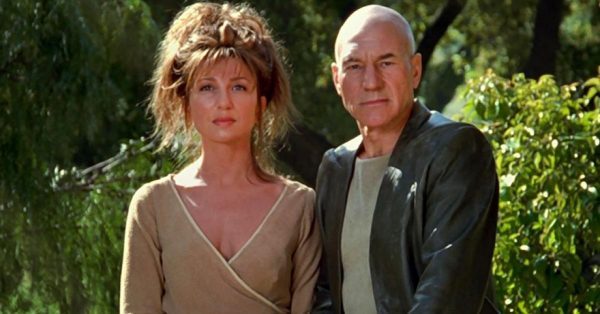 There was plenty reason to be excited about the ninth Trek movie given that Jonathan Frakes was back at the helm following his terrific work on its direct predecessor First Contact, not to mention a screenplay written by veteran Trek showrunner Michael Piller.

Given Piller’s involvement, it’s telling that Star Trek: Insurrection is often compared to a feature-length also-ran TV episode, towing an entirely opposite line to First Contact’s all-encompassing stakes. Despite an interesting and timely premise which sees Picard and co. going rogue in order to dismantle a population-displacing Starfleet conspiracy, this mere 103-minute movie feels distressingly self-contained, as though churned out by virtue of mere contractual obligation.

If First Contact struck a near-perfect balance between light and dark, it’s clear from mere minutes into this movie that it lacks the tonal sure-headedness of its direct forebear. Whether we’re subjected to a Picard and Data singsong, Picard dancing the Samba, or Worf (Michael Dorn) going through puberty, it all lands with a decidedly cringe-worthy discomfort. The biggest crime of all, however, might be having Riker ditch the beard for a brief spell. 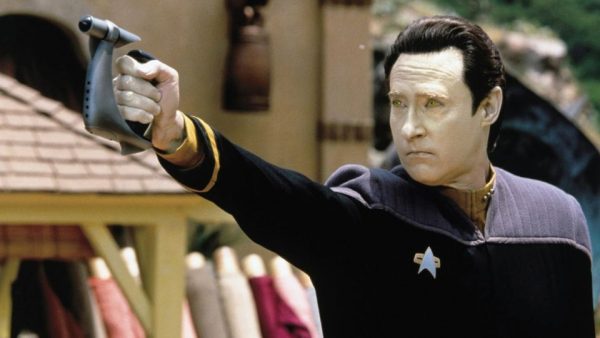 The asides that do work, include Data’s sweet bond with the young Ba’ku boy Artim (Michael Welch), and Picard’s romance with Anij (Donna Murphy) – who, in order to downplay the obvious age gap between Stewart and Murphy, is hilariously said to be 300 years old.

Though the Next Generation cast have often proven themselves able to raise middling material, that’s only occasionally the case here, and beyond Stewart’s easy dignified gravitas, there’s little of interest to be done with the script. In the supporting stakes, Oscar winner F. Murray Abraham is largely wasted as antagonist Ahdar Ru’afo, suffocated beneath a layer of silly makeup no less. His infamous primal squeal near the end of the film, however, is gut-bustingly funny.

Sadly the rest of the third act is a mostly tedious affair despite the solid visual presentation, defining a film that never gets out of second gear and is basically just running on generic fumes for its entirety; an obligatory movie if there ever was one.

Star Trek: Insurrection might’ve worked as a double episode of the series, but as a big-budget movie, it can’t help but feel dispiritingly low-effort. At least we get to see Picard rocking a leather jacket number, though.