In celebration of the 30th anniversary of Total Recall, StudioCanal have announced that Paul Verhoeven’s cult classic 1990 action sci-fi is set for a 4K Ultra HD Collector’s Edition release this November with a special restoration supervised by the renowned director himself; check out the cover artwork, trailer and special features details here… 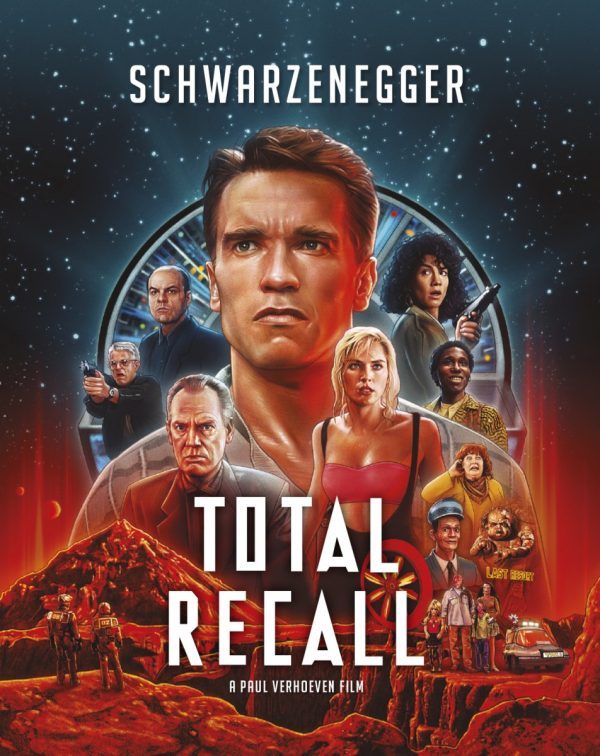 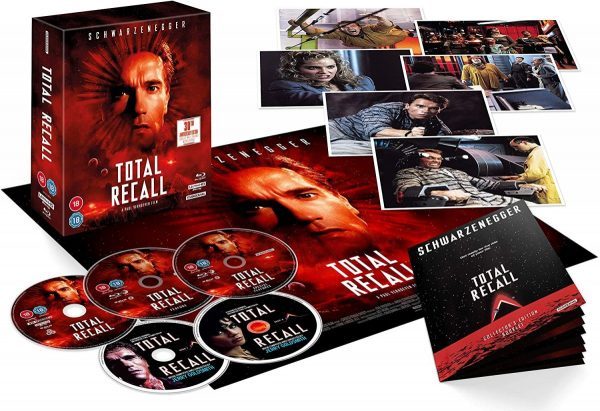 Adapted from Philip K. Dick’s short novel, We Can Remember It For You Wholesale, TOTAL RECALL is a truly visionary film ahead of its time. Featuring a career best performance from the legendary Arnold Schwarzenegger, the film was restored in 4K from a scan of the original 35mm negative and was made at Technicolor LA in tiff 16 bits format.

Colour-grading was supervised by Jérome Bigleur at Hiventy. The restoration crew paid particularly high attention to preserve special effect continuity. TOTAL RECALL was one of the earliest films to use computer-generated images for special effects, winning the Special Achievement Award for Visual Effects, Academy Awards® 1991, which have impressively stood the test of time.

The original soundtrack, composed by Jerry Goldsmith, also greatly benefited from digital restoration. This exceptional restoration in its Dolby HDR version will make it possible for all generations to enjoy TOTAL RECALL both in cinemas with the 4K cinema version, and on Home Entertainment with the new UHD Blu-ray edition.