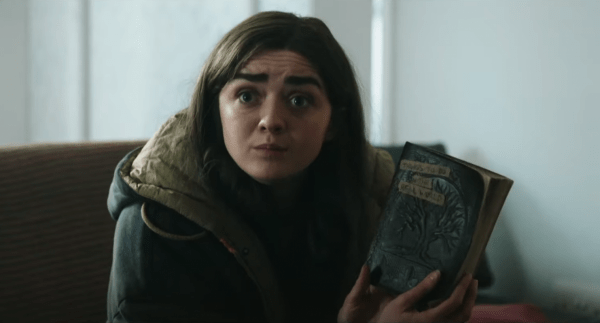 This quirky little drama from Sky is anchored by an off kilter performance from Maisie Williams as Kim, cut off from society yet savagely self-sufficient. Written by Gaby Hull Two Weeks To Live is defined by sharp dialogue, ludicrous circumstances and moments where the mundane and extreme clash. It starts with a beating over bacon sandwiches and toilet privileges, before seguing into millennial melodrama by way of high heels and an assassination attempt.

Taheen Modak and Moween Rizwan create a solid chemistry from the outset as brothers both serving as comedic foils while situations escalate. What starts off as a joke about world extinction heads south in a hurry before ending in blood soaked hand to hand combat. People are shot, bodies buried and monies stolen. From that point on the revenge plotline is jettisoned in favour of an extended mother daughter bonding session. In this particular equation the mother is sarcastically blunt, intentionally dismissive and ill-equipped to look beyond her own self-interest. 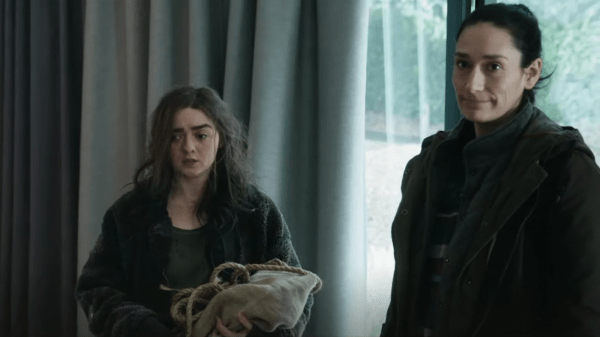 As provider, protector and manipulator of this universe her need for companionship sits at the centre of this series. Afraid to engage with a world which has betrayed her Tina fears change, thrives on conspiracy theories and is in perpetual mourning. By keeping her daughter trapped through a constant stream of misinformation, writer Gaby Hull shines a light on fake news issues and the irrevocable damage mass media has had on personal choice.

Beyond that Jason Flemyng plays a variation on his Guy Ritchie characters scene stealing where necessary and adding gravitas elsewhere. Comedy comes through in the conflict of interests which keeps Two Weeks To Live moving along at pace. No one character outstays their welcome while running gags, off hand comments and a degree of self-awareness give this series charm in spades. Williams is a pitch perfect fish out of water with military grade training, incapable of relating to the outside world but intent on working through her bucket list. 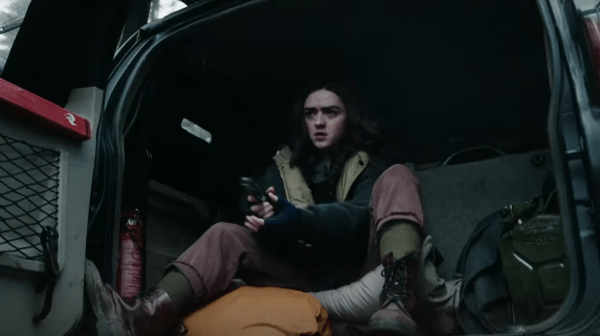 Coming across tonally like Shaun of the Dead minus zombies or The Winchester this series has crooked coppers, bags of contraband cash and a gangster dripping in jewellery. In a time where isolation is more prevalent than even Sky could have predicted, this refreshing comedy drama possesses personable performances and does depth without dropping pace. Director Al Campbell has also taken a leaf from Killing Eve as locations pop up in block capitals and bloodletting remains light-hearted.

Amongst the dead bodies, smart one liners and every day relationship issues under discussion chemistry across the cast is on point. Characters are defined in telling pieces of chat rather than expositional marathons, meaning that smart writing makes each thirty minute episode feel progressive. There is no fat on this and every available moment of screen time is maximised making it more indie than mainstream in tone adding authenticity. For those in need of something quirky and diverting, you could do a lot worse than binging this bite sized piece of original content from start to finish.