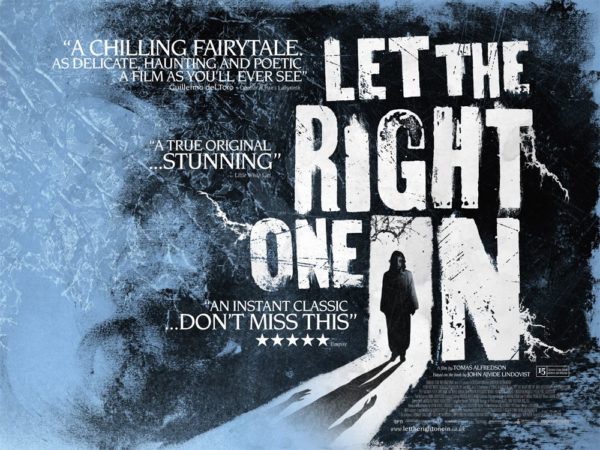 The memory of seeing this for the first time still feels fresh, but Let The Right One In, is now as old as its central protagonist Oskar (12 years old). I hadn’t caught it upon opening, but word had spread (or more pertinently, word of the films impressive Rotten Tomatoes rating was a talking point) and it was then on my radar. It finally hit somewhere vaguely local (but still required going to a local mixed arts centre that specialised in anything from theatre, music, comedy and of course cinema). So there I went, a small screen inside the quaint venue. Very much the antithesis of the multiplex atmosphere, and not a phone prodding teen in sight. I even managed to rope my brother into going, and it was a film with subtitles to boot.

Tomas Alfredson’s film was a poetic, complex and beautifully crafted reinvention of the vampire genre. In fact, the whole vampire part of the film is secondary to what is an intimate character study of an outsider growing up in a distinct time and place, from a fractured family and suffering at the hands of bullies. Living with his mother in a block of flats he meets a new neighbour one evening. The girl and what is assumed is her father, are reclusive, keeping to themselves, but the girl is interested in Oskar (Kare Hedebrant) and vice versa. As it transpires of course, she’s actually a vampire and whilst appearing to be a 12 year old girl, may in fact be much older (and as later transpires, possibly a castrated boy). 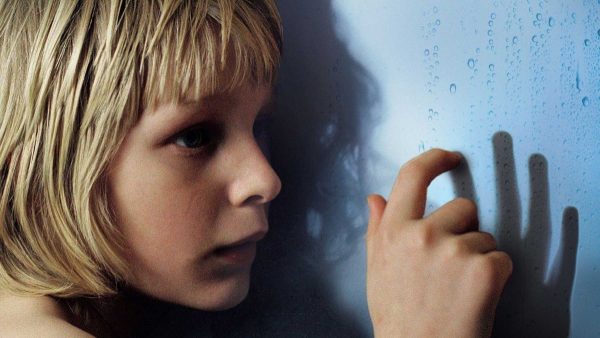 The film immediately struck me with its stunning photography (courtesy of now Hollywood regular Hoyte Van Hoytema) and very deliberate pace. The film does a great job of creating wide space, whilst also capturing Oskar’s insular isolation. We flit between atmospheric nights with amber lights and high contrast, to the wintry whites of the day scenes that are more distinctly soft in shadow. The film projects a feeling of the cold, the iciness which runs through the veins of the undead Eli (Lina Leandersson), and that permeates the setting throughout, as well as a distinct lack of warmth associated with Oskar’s life. Even in a temporary reprieve from small town life and his problems at school, Oskar’s visit to his fathers remote farm brings with it some warmth, replaced with an apparent disconnect stemming from his fathers own issues (which are suggested as a couple of possibilities).

Nordic cinema seems to specialise in very poetic and introspective character pieces, very reliant on the setting and atmosphere as part of what affects the protagonist. It was probably this film in particular that really started a fascination for me in Nordic cinema (initially Swedish, but the distinctive styles in drama and thrillers have a consistency through the other Nordic countries cinema). Much of this insightful digging into introspective characters, with psychologically complex characterisations, has long been a significant facet of Nordic cinema (particularly if you look at the likes of Dreyer and Bergman). 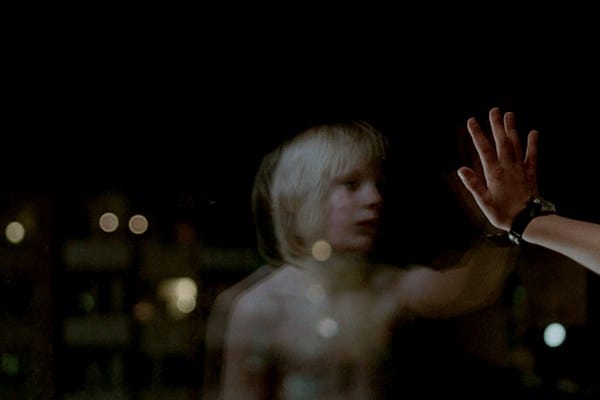 Whilst this is very definitely character driven of course, with its slow, brooding pace and beautifully captured moments of subtle character in many of the supporting cast, it still manages to have a chilling and often shockingly blunt approach to the ‘genre’ moments. Maybe it’s the almost routine way in which Eli’s guardian collects blood from a victim’s neck he’s just sliced, as if he’s working a pig in an abattoir, or the spontaneous combustion scene, or the death of the guardian, but there’s nothing romanticised about the violence. It just hits with a matter of factness that really has an impact through those intermittent moments of violence. The film only gets ‘big’ at the finale, but is delivered with a particular vagueness, as Oskar (held underwater) misses most of the slaughter. In addition to the enthralling pace and powerful violence, the film is really anchored by two remarkable performances from the youngsters. There’s a tragedy about the whole thing, particular when you begin to question the age of Eli and the nature of her relationship with her guardian in relation to the films ending.

Like a lot of great world cinema, this of course had the Hollywood remake treatment. For all that Let Me In, was solid enough in its own right, and well cast, it was nothing more than solid. As is oft, it opts for a safe, conventional approach, forgoing much of the subtlety and distinct style that made the original so great. Of course, it’s never beneficial to just copy, whilst it’s rare a film from a distinct part of the cinematic world can translate directly to an American made remake. An exception would be Fincher’s The Girl With The Dragon Tattoo, which whilst offering something that had a the Hollywood gloss and style (and Fincher’s inimitable stamp), also captured much of the Nordic atmosphere and brood of the original. Let The Right One In, a masterpiece of poetic horror, is still one of the most wonderfully realised films of the last 20 years. It still ranks high this century and coming up to Halloween is primed for a rewatch (or first watch for those who haven’t seen it). CGI cats aside, it’s near faultless.