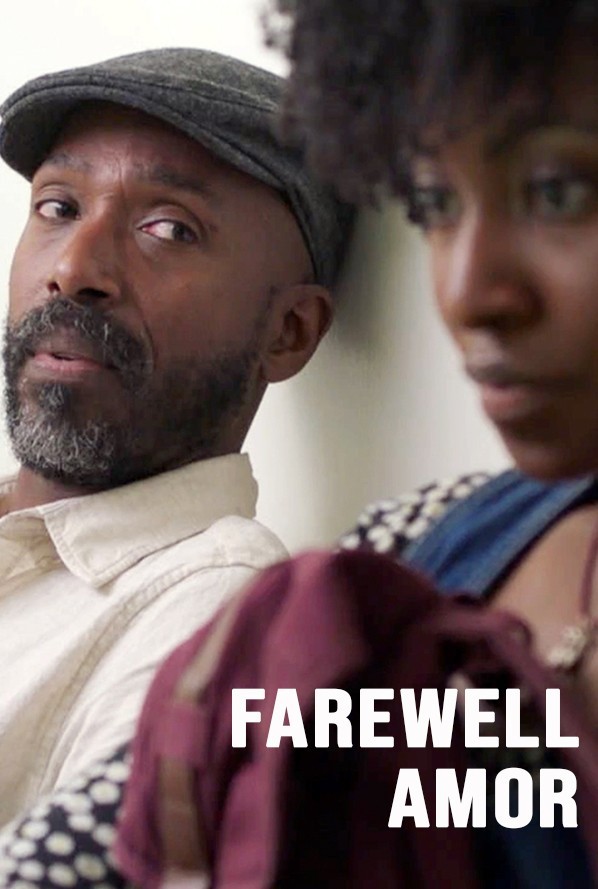 Reunited after 17 years, an Angolan immigrant is joined in the U.S. by his wife and daughter. Now strangers sharing a one-bedroom apartment, they discover a shared love of dance that may help them overcome the distance between them. 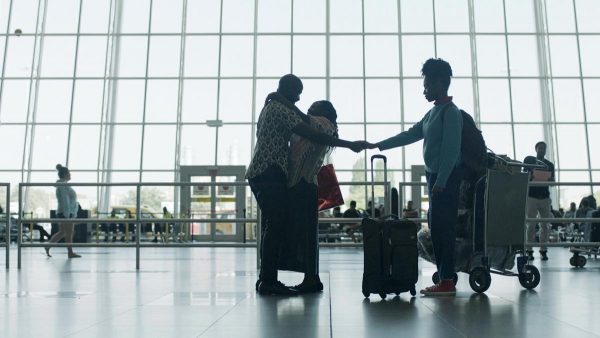 How many dramas about immigration can you name which end with a dance-off? This low-key charmer puts its trio of outstanding performers front-and-center for a unique spin on a potentially typical culture clash character study.

Esther (Zainab Jah) and her daughter Sylvia (Jayme Lawson) arrive in New York from Angola to live with their husband and father respectively, Walter (Ntare Guma Mbaho Mwine), who left the war-torn region 17 years prior. With Esther and Sylvia joining Walter in his modest one-bedroom apartment, each “side” must come to terms with the other’s differences and eccentricities, putting their nervy, uncertain love for one another to the test.

Farewell Amor begins in a place where so many other movies end; a meeting between distant lovers at an airport. For many romance-minded films it would be a cliche-ridden climactic set-piece, yet here it marks the beginnings of an awkward period of adjustment for all three central characters.

At first it’s the small things; Esther likes more salt on her food, while Walter is desperately trying to cook healthier per his high cholesterol. Walter likes a drink, but Esther sees it as immoral. Esther arranges her Sundays around church, while Walter not so much.

This is small potatoes compared to the profound awkwardness of their first sexual encounter in almost two decades, but things get much more complicated than that, with the pair having changed considerably over the years in ways which they feel compelled to hold back.

This makes Ekwa Msangi’s feature debut quite the interesting spin on the culture clash drama, given that Walter and Esther emanate from the same place, but the latter is effectively on a cultural time-lag, creating a unique disparity between them. That’s to say nothing of their daughter Sylvia’s dismay at her father departing 17 years earlier.

One of the most prominent dilemmas of any immigrant is that of their identity, one palpably felt here through the focal female characters in particular. Esther desperately asks her daughter not to wear “tacky” boots for fear of what it will tell Americans about Africans, and she also worries deeply about Sylvia being lost to the perceived moral decay of decadent American living. 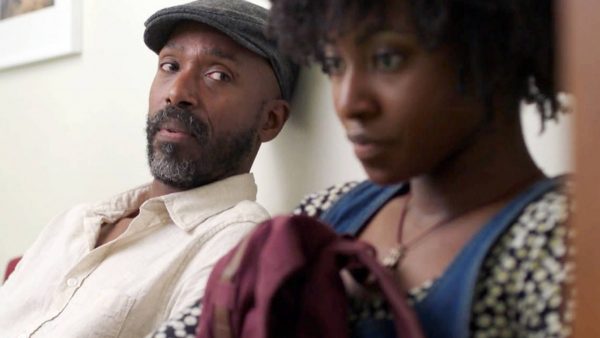 Exposing the lie of the American Dream isn’t much of a new trick, but it’s done powerfully here through Walter’s hard graft simply to put a mediocre roof over his head, and the sheer misplaced excitement with which Sylvia’s far-flung friends view her imperfect life in America.

Msangi divides the film into three delineated segments focusing on each character, foregrounding their anxieties as they embark on this new familial adventure (and challenge). Walter’s life is in a difficult state of flux when his wife and daughter arrive, while Esther finds herself torn between “duty” to God and to family, and Sylvia is a far more anxious sort than her cool exterior suggests.

Despite the dramatic triptych approach so often implying an epic scope, that’s not the case here at all, with Msangi never trying too hard to make her film dramatic-with-a-capital-D or getting overly tricksy with its structure. Instead, she uses it to illustrate simple moments of human connection – and anguish – with each of these strands unexpectedly converging at a dance competition which Sylvia partakes in.

It’s tough to single out any one of the three actors as more exceptional than the rest, especially given that they have almost equivalent screen time as they venture off on their delineated subplots before reconvening with the family unit. Collectively, though, they make for a trio of sympathetic, long-suffering human beings simply striving for peace and happiness like anyone, while frustrated at the obstacles thrown in their way in the supposed land of prosperity.

If examining an inherently difficult subject, Farewell Amor also ensures to invest deep in moments of great tenderness and emotional generosity, not to ignore some occasional flecks of levity. There’s not much praise here for what it means to be an outsider in the supposed Land of Opportunity, but a great reverence for the determined souls who come there seeking out a better life.

A compelling document of not only the fraught immigrant experience in America, but the black experience also.