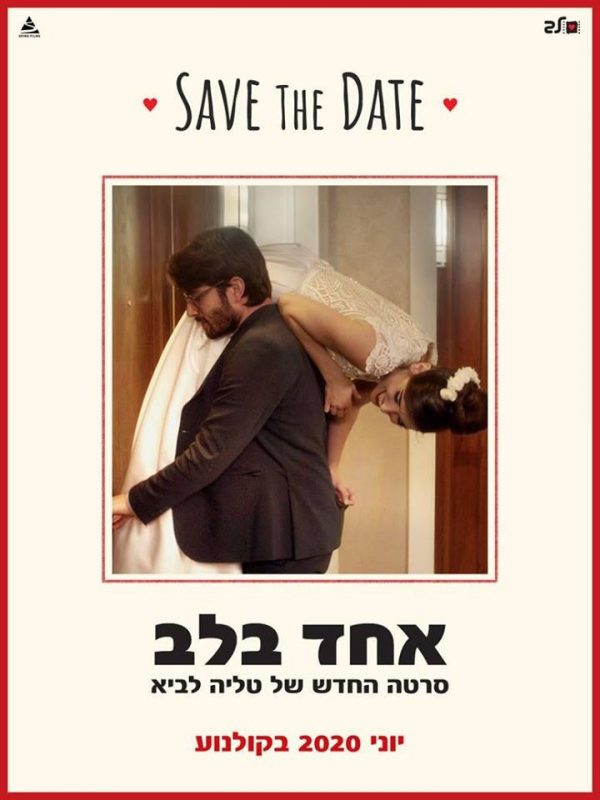 Following a fight in their honeymoon suite on the night of their wedding, a bride and groom embark on a surreal urban odyssey through the streets of Jerusalem. 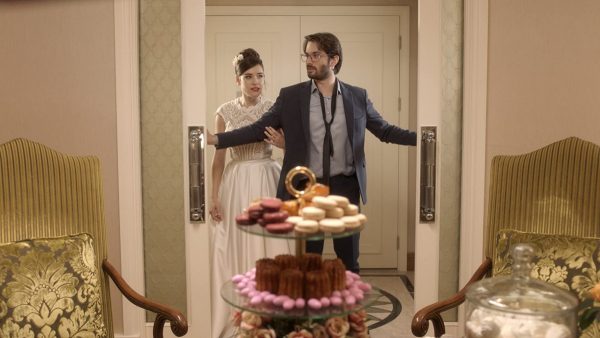 Israeli filmmaker Talya Lavie’s new comedy is a disappointing and unfunny tale of a petty couple bickering on their wedding night, that masks any of the potential she showed in her 2014 feature debut Zero Motivation.

Meet Noam and Eleanor, two newlyweds, who get into an unnecessary row that takes them onto the streets of the big city when they should really be spending quality time together in their posh honeymoon suite (it’s very expensive, as we’re reminded countless times). This all begins with a ring that Noam receives as a wedding present from his ex-girlfriend, which Eleanor reasonably considers to be odd. We soon learn that the ring doesn’t mean what she thinks it does, but Noam decides to exacerbate the situation anyway by being secretive and disrespectful, allowing Eleanor to think otherwise, all the while complaining that she is being unfair and judgemental.

As Eleanor storms out of the hotel looking for answers, Noam follows her into a taxi and an evening of supposedly hilarious shenanigans ensue. In reality, what follows is a series of events in which two awful people surround themselves with other awful people before realising that their marriage is pretty awful, too. Sounds fun, right?

The big problem here is that Noam and Eleanor are both such unlikeable people, who repeatedly make questionable decisions and demonstrate frankly ridiculous behaviour. They are poorly-suited to each other, and perhaps even to marriage itself.

While Noam continuously talks to his wife like a child, Eleanor is petty and immature on several occasions, even having a literal tantrum in front of a moving vehicle. It’s hard to feel for her when, at one point during the evening, she considers it perfectly acceptable to spend time helping her ex-boyfriend with his short film while her husband waits at the hotel.

Both characters are unreasonable, untrustworthy and frustrating, and most people they meet during the night are pretty terrible, too. The side characters range from Noam’s rude parents (who seem to be stalking him) to a group of teenagers who take advantage of Eleanor’s naïve nature. In fact, most men she meets seem intent on making her uncomfortable for no apparent reason.

The only nice person in Lavie’s world is a taxi driver who gives Noam and Eleanor a lift in the first act. He tells them about his sick child; a story that seems to bring the newlyweds back down to Earth, as they verbally agree that their problems are pretty minor in comparison. But there’s another hour of screen-time to go, so they just continue fighting anyway. 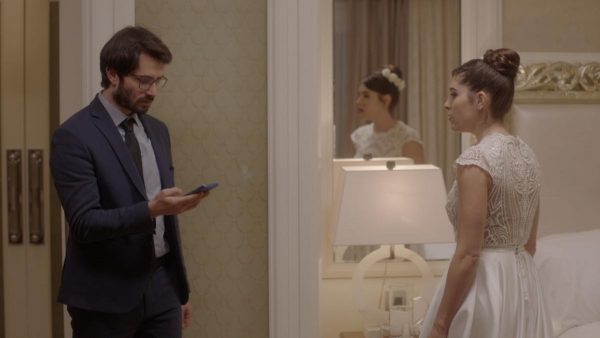 Then we have the humour, which ranges from the outdated to the ludicrously out-of-place (suicide is played for laughs at a particularly random moment; a bizarre choice, to say the least). On one occasion, a full-on musical number just appears from nowhere, making it abundantly clear that this is a film with no clue what it wants to be.

What’s the point of it all? Is it about a couple learning to accept their flaws and make their relationship work in spite of them? It certainly appears that way, but it’s hard to walk away feeling anything other than rage that these two people were ever allowed to marry in the first place.

Avigail Harari and Ran Danker work well with what they’re given, and there might be a few little gags that could be considered ‘chuckle-worthy’ to some, but nothing else about Honeymood works at all. Perhaps it’s simply that comedy doesn’t travel across different cultures as well as other genres, but the lack of laughs here is the least of its problems. It’s hard to care about anything that happens to these people, and in the end, it’s a fairly negative and dour experience.