All Hallow’s Eve is upon us and it’s the time for witches, spooks and monsters to roam freely through the shadows of our streets. What could be more terrifying than venturing out into the cold, dark streets and coming face to face with an evil witch…. well the old 8bit games thought they had the answer to all our horror desires and we’ll look at a few of these below. 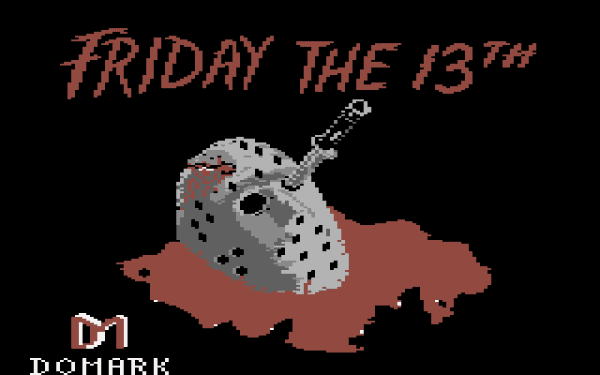 This first videogame adaptation of the beloved horror franchise was released back in 1985 by Domark and was available to all fans on the three major 8bit computers of the time, the ZX Spectrum, Commodore 64 and the Amstrad CPC464.

The game put players in control of one of the teens roaming the area currently inhabited by Jason and it was their task to idetify who Jason was, kill him and ensure their friends survived. Sounds easy enough right? Not at all, as unlike the films where Jason is very recognisable the game has him blending in with the other people and the only way to identify him is by hitting him. Only then does he change into a man dressed all in black.

The action takes place across a map covering multiple screens and also inside some buildings and and there’s a variety of weapons littering the place with which to hit any suspected Jasons.

All in all Friday the 13th proved a very disappointing outing and at its best only scored a 4/10 by Sinclair User. 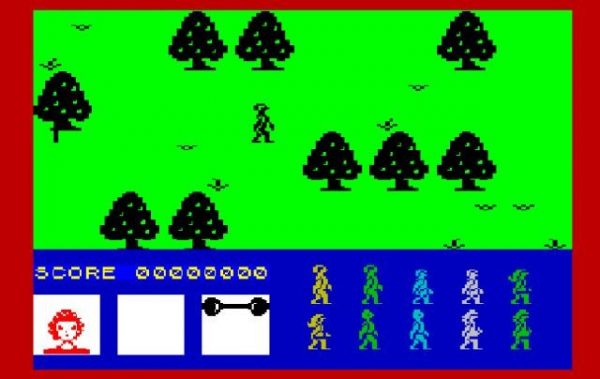 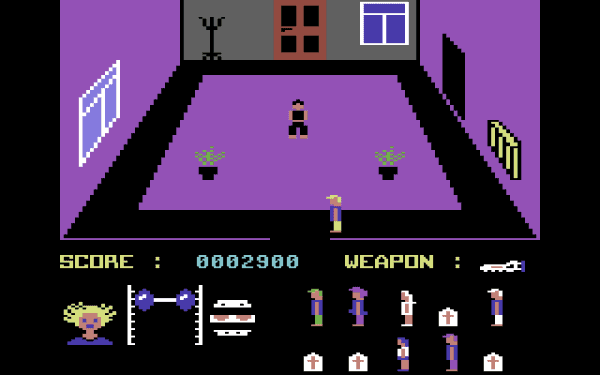 The Astonishing Adventures of Mr Weems and the She-Vampires – RamJam

This game was originally published by Piranha with the exceptionally long title but fortunately renamed to just ‘She-Vampires’ when later released by Alternative Software (and what a relief that must have been for reviewers).

Mr Weems has that look that seems to say it has been heavily inspired by that old classic Gauntlet, what with creatures appearing out of pots as you roam an almost top down view of a map.  Though don’t hold that against it as it’s not that bad a game.

Taking the role of the titular Mr Weems, players must roam a flick-screen maze of levels avoiding and killing an assortment of monsters, including bats, Frankenstein’s monsters and She-Vampires.  On his way he will gather a variety of vampire slaying weapons that he can use to kill the Great She-Vampire in the very last level, once she’s killed it’s a mad-dash for the exit.

Mr Weems did substantially better in the reviews than Friday the 13th and earned above average scores in the magazines. 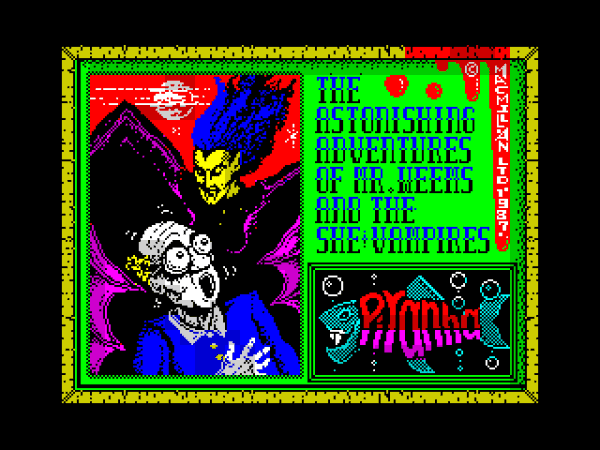 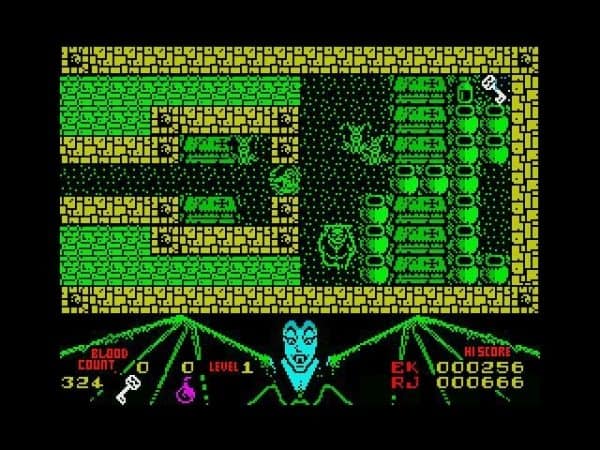 Codemasters released this spooky game for Amstrad and Spectrum in 1987 and the C64 in 1989 and combined good old platforming fun with a shooting element similar to the one used in Operation Wolf and Thunderbolt.

Taking the role of Hunk Studbuckle players must enter Nightmare Mansion where his brother, Chuck, vanished several days ago.  The mansion is inhabited by all manner of ghosts, disembodied hands, vampires and more and locate your brother.  It is essential to kill the monsters on the screen as quick as possible using the shooting element of the game as these increase the player’s ‘TerrorMeter’ which in turn reduces the player’s ‘Macho Energy’.  Should the Macho Energy empty then it’s game over but fortunately there are pick ups located throughout the mansion that can help refill this bar.

It was a fun little game and earned around 70% scores in the magazines. 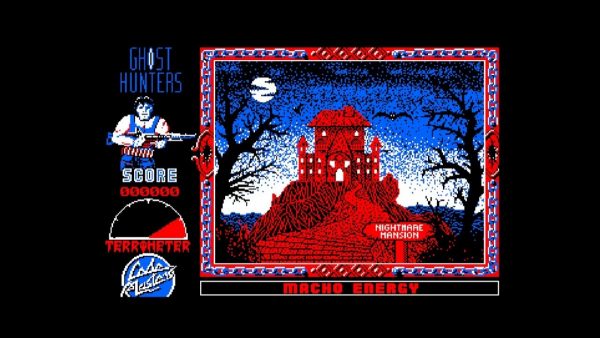 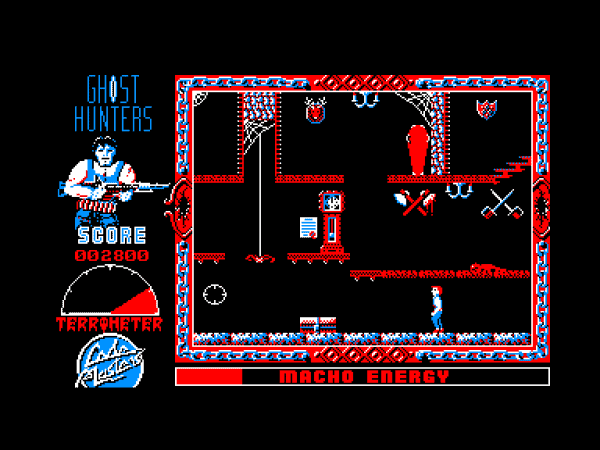 The much loved Atic Atac was written by Tim Stamper and released on the BBC Micro and ZX Spectrum in 1983.  It very quickly became a firm favourite among journalists and gamers alike.  The game was so popular it was even included in Rare’s Rare Replay compilation released in 2015 on the Xbox One.

In Atic Atac players take the role of a Knight, a Surf or a Wizard who has entered an evil haunted castle only for the doors to slam shut and lock behind him.  Players must seek out the hidden Golden Key and escape, only problem is the key is hidden somewhere in a very large castle consisting of 5 floors and each floor is filled with ghosts, ghouls and monsters not to mention various traps. Each of these three characters are armed with their own weapons and movement types that will help them escape to safety.

Given the game became so popular at the time and earned a place on an Xbox One compilation it is no surprise that the game scored in the 90s in many magazines of the day. 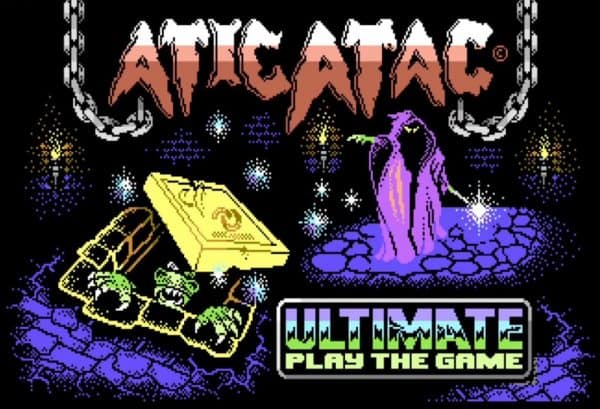 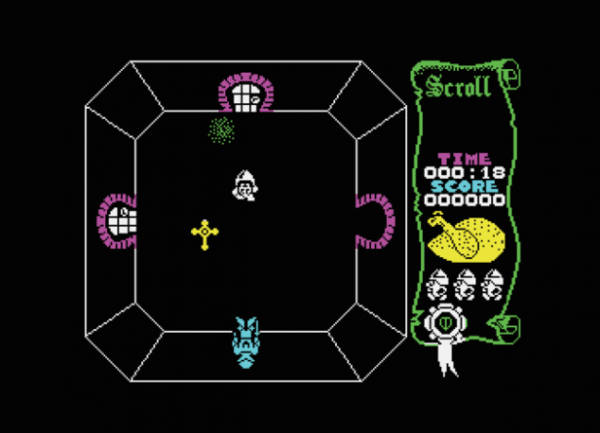 If none of the games mentioned so far have given you the chills then this last on the list will certainly give you nightmares.  Soft & Cuddly is a surreal horror adventure released in 1987 on the Spectrum and takes players into a world filled with grisly and demonic images, dismembered bodies, bodies being tortured and even conjoined babies.

The nightmarish nature of the game certainly wasn’t hidden from potential buyers as the cover portrayed a demonic little creature atop a pile of severed heads and the blurb on the back was equally gorey. 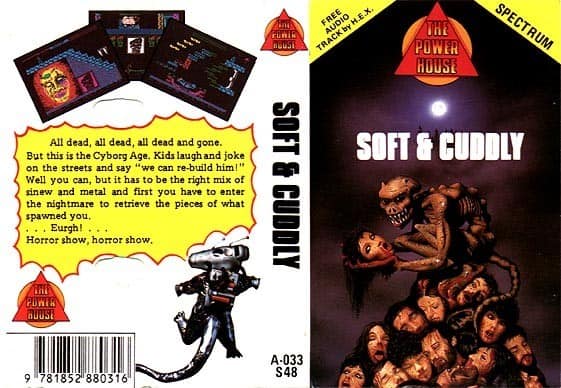 Even the games intro screen is horrifying with a zombie-like head and two monster heads that constantly chewed on what looks like baby heads; it was enough to give you nightmares. 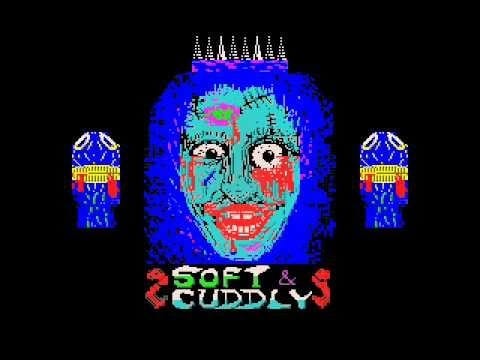 Players take the role of a man who enters a surreal world to seek out all the dismembered parts of his mother, the Android Queen, and then sew her back together and bring her to life.  Armed only with a laser gun and equipped with a jet pack, players will need to find these eight pieces and return these to the fridge containing their father in the first area. Once this is done they then need to seek out a needle and thread to bring the Android Queen back to life.

The maze of rooms in which the body parts are located are filled with evil creatures and traps such as spiked ceilings and airborne spinning blades.  The background scenery is displays some horrifying imagery but for the most part this can be destroyed using the laser and doing so can open up access to other rooms and locations.

An interesting feature of the game is the use of lives. Rather than just three lives, each life also has a strength indicator which decreases every time the player is injured, should the indicator fully deplete then the life is lost.  This feature came in very useful throughout a game that had the hairs on my arms raised during play.

Soft & Cuddly had a mixed bag of review scores with ranges from 55% to 7/10, though the lower scores may have been earned due to the uncomfortable imagery used in the scenery rather than the gameplay itself. 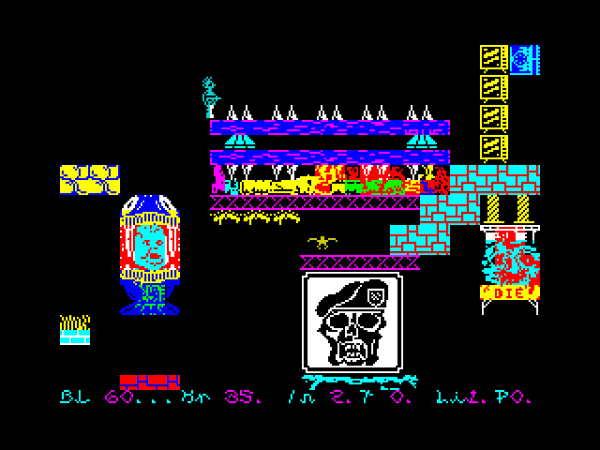 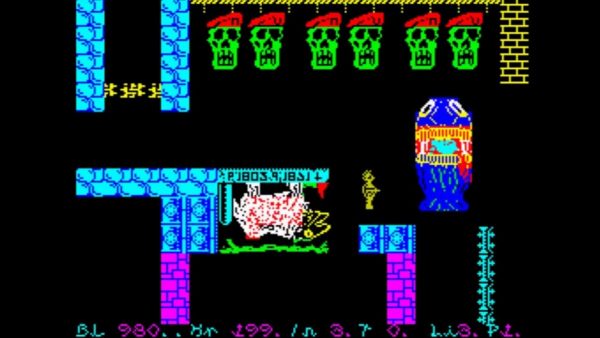 So there we are, another Halloween’s worth of retro games.  If you think the likes of Dead Space and Resident Evil are scary then you really don’t know true horror.

Until next year, stay safe and don’t forget to check under your bed before going to sleep.