Filmmaker Gregory Plotkin has worked on some of the biggest horror films in recent memory. He’s even directed hit films like Paranormal Activity: Ghost Dimension and the slasher film Hell Fest. Now, Plotkin is teaming with YouTuber FaZe Rug on an upcoming horror film for INVIZ.tv. Plotkin took the time out to speak to me about his work, teaming up with FaZe Clan for Crimson, and what advice he has for young creators. 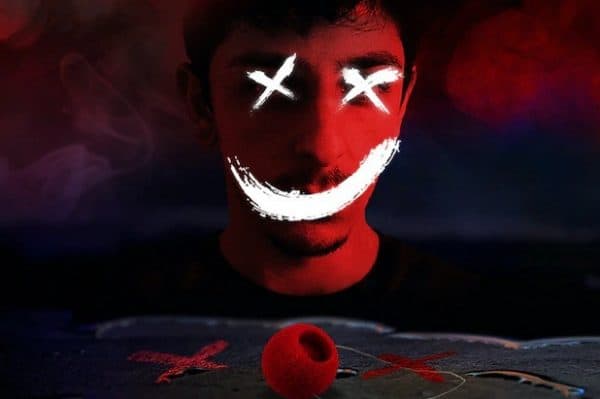 So, let’s start this off by giving you props because you have a credit for the film Mortal Kombat: Annihilation on your IMDB. We talk about it a lot on this channel. So round of applause, I had to bring it up here.

Oh, my God. That’s great. Yeah. I was the first assistant editor. My first time cutting on AVID, and it was fun. John R. Leonetti directed it, who went on to do Annabelle and some other great films. And it was a great, really fun experience.

You getting to see that raw footage must have been an experience. I love that movie. It’s such a fun, campy masterpiece in my house.

Here’s a quick little, little Easter egg. I was in charge as a first assistant of cutting in all the visual effects for the film. So there was one sequence. You’ll watch this. Hopefully, it’s still there. I think it’s still on YouTube. At least the clip is there’s one sequence where Shiva, I believe that she has, uh, four arms. I forget his name, the lead God; the lead bad guy hits the hammer on the table. Everyone goes back, shutting their eyes, and she puts her arms up.

Well, I forgot to cut it in the shot, the actual visual effect of her having four arms. So there’s a very quick cut in the movie. When she lifts her arms up, she’s got two little motion tracker balls on her sides. That was completely my fault. Went out to the theaters in that way. I’m pretty sure it’s on home video.

I think actually both of those that you just mentioned. I definitely have a good sense of how things are going to cut. So if I need to go quick and if there are limited time, budget, etc., I’m able to really get what I need. But to your point, I love having a lot of extra coverage, so I’m definitely the guy that will say, “cool, we got it, let’s go shoot some bonus stuff and see if we can find some magic and so forth.” It’s really about confidence knowing that I know how it’s going to go together and then hope that I’m able to communicate that well with the crew. We can stop here because I know that it’s going to piece together in a certain way. I think the better directors I’ve worked with have a good sense of the edit. So they understand sort of how it’s going to all put together. And it really helps me as I’m on set. 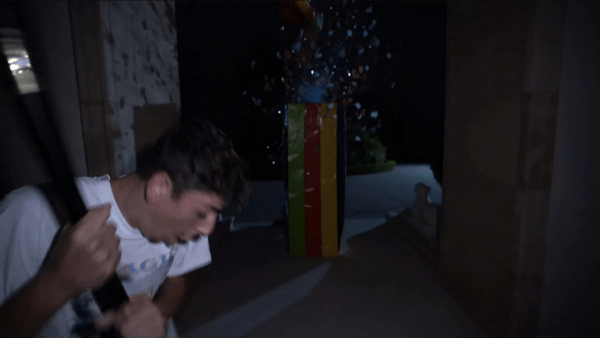 Teaming with the FaZe Clan and FaZe Rug specifically on a horror film must have been a little bit of a different experience for you. What attracted you to working with the e-sports community, the YouTube community, they kind of fall into a bunch of different brackets?

Well, I have two kids, 13 and 15, and they are huge fans of Rug. They’re huge fans of the FaZe Clan and the gaming community. So when the project was mentioned to me, because I know the producers very well… it was almost a no brainer. It really feels like, especially today, with so much going via streaming. So much of the content that my kids consume is via YouTube. To them, the FaZe guys and other YouTube personalities are as important or more so than any actor in Hollywood today.

So the landscape is changing a little bit, and it felt like a really good opportunity to play. It was a tight budget, tight shoot. But it was a really fun opportunity to kind of play in a new sandbox, if you will, and see if we can’t create something. And I really think it’s not like I’m revolutionary in saying this, but the online platforms are the future of our consumption in this area. And I think it was just, for me, a great chance to try to get on the ground floor of merging the two: Hollywood and the YouTube community.

It was really a good way of meeting in the middle. First of all, they’re wonderful. Brian, when I first met him, said, “I’m not an actor.” And I said, “you know what? You act every day on your channel.” Even though he’s very similar to his persona on camera, it is who he is. He’s very open and honest with us for this. It felt like a good way not to put too much pressure on him, keep him comfortable, and try to get the most out of them.

I had almost sworn off going back to found footage. But as you said, it really feels like it’s no longer found footage. It’s just blogging. It’s that sort of cinema verite style that all these YouTubers do way better than we did in the Paranormals and so forth. It’s inviting them into their daily lives. So it felt like a good meeting in the middle and a way to just get the most out of them and keep them the most comfortable on a very limited schedule. I thought it worked out really nicely. They did really well. 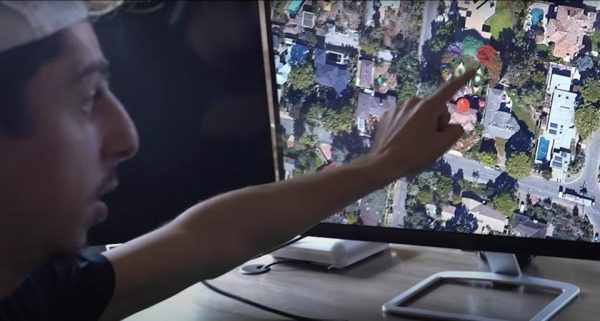 As you alluded to, everyone has a full movie studio on their phone; we have 4k cameras in our iPhones. There’s editing software. You can record audio, really. It’s amazing what we have in our pockets.

The advice I would give was when we made the found footage and the Paranormals; it was almost like an animation process where we would shoot, we would throw a part of it away. We’d go back and reshoot. So because all the tools are so readily available, I would tell everyone, whether it’s editing, whether it’s shooting a film, whether it’s found footage, whatever… just go out and shoot, go out and shoot, find your technique, find how you like to frame, find what is important for you. Everyone’s gonna be different. I can tell you what works for us in the Paranormals or what works for me, but it’s not going to be the same for somebody else. I think the best thing is you need to get comfortable with the tools.

Many thanks to Gregory Plotkin for taking the time for this interview.