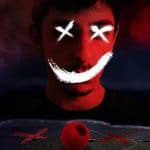 James Wan is currently in Australia and England shooting DC Extended Universe outing Aquaman, but another adaptation on his plate is the live-action reboot of Mortal Kombat. Wan was announced as the producer on the movie in August 2015, with Simon McQuoid in talks to direct. Not a lot has been said on the movie […]