David Benioff and D.B Weiss, the showrunners for Game of Thrones, apparently had to really push HBO to let them do season two’s Battle of Blackwater. 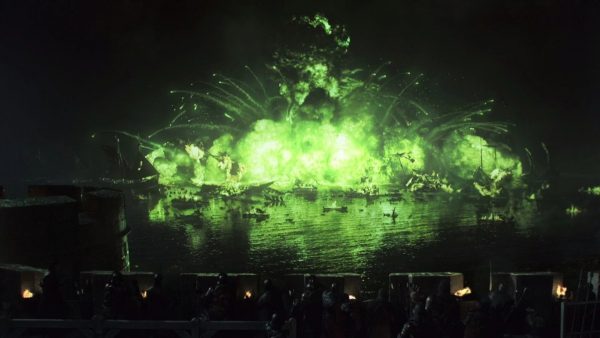 Game of Thrones eventually became known for its extraordinary set pieces and epic battles but it all started with season two’s Battle of Blackwater – a ferocious clash on the coast of King’s Landing when Stannis attempted to capture the throne.

However, there was a chance that the battle would never make it to the screen or be changed to something far easier and more affordable. Vanity Fair has published an extract from the upcoming book Fire Cannot Kill a Dragon which details what went down:

Weiss – We were nervous, really nervous, going into the second season, about that episode. There was talk of turning Blackwater into a land battle, which would have been terrible.

Benioff – Or doing it off-screen.

Benioff – We went down on bended knee: ‘Just this once. Please.’

Weiss – We begged and pleaded with Mike Lombardo. We were negotiating. We had a big conversation about how many boats could we do.

Lombardo – The question was, could you have a sophisticated, grounded drama, [with] fantasy tropes, and have epic battles? Could you do it all?”

Fortunately, the showrunners got their way and we were all treated to a truly visceral battle that paved the way for even more epic exchanges to come.